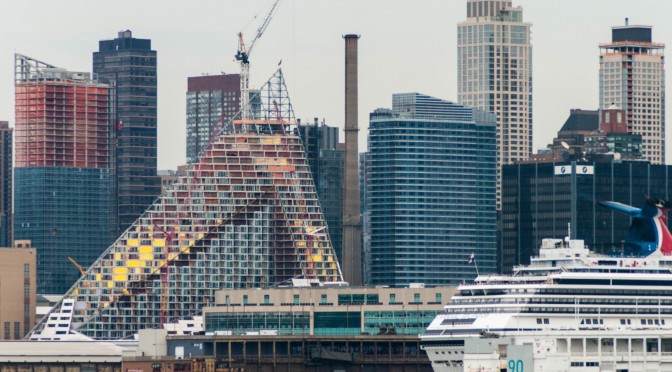 I’ve decided to take a closer look at Dennett’s notion of free-floating rationale. It strikes me as being an unhelpful reification, but explaining just why that is has turned out to be a tricky matter. First I’ll look at a passage from a recent article, “The Evolution of Reasons” [1], and then go back three decades to a major exposition of the intentional stance as applied to animal behavior [2]. I’ll conclude with some hints about metaphysics.

On the whole I’m inclined to think of free-floating rationale as a poor solution to a deep problem. It’s not clear to me what a good solution would be, though I’ve got some suggestions as to how that might go.

Dennett opens his inquiry by distinguishing between “a process narrative that explains the phenomenon without saying it is for anything” and an account that provides “a reason–a proper telic reason” (p. 50). The former is what he calls a how come? account and the latter is a what for? account. After reminding us of Aristotle’s somewhat similar four causes Dennett gets down to it: “Evolution by natural selection starts with how come and arrives at what for. We start with a lifeless world in which there are lots of causes but no reasons, no purposes at all.” (p. 50).

Those free-floating rationales are a particular kind of what for. He introduces the term on page 54:

So there were reasons before there were reason representers. The reasons tracked by evolution I have called “free-floating rationales” (1983, 1995, and elseswhere), a term that has apparently jangled the nerves of more than a few thinkers, who suspect I am conjuring up ghosts of some sort. Free-floating rationales are no more ghostly or problematic than numbers or centers of gravity. There were nine planets before people invented ways of articulating arithmetic, and asteroids had centers of gravity before there were physicists to dream up the idea and calculate with it. I am not relenting; instead, I am hoping here to calm their fears and convince them that we should all be happy to speak of the reasons uncovered by evolution before they were ever expressed or represented by human investigators or any other minds.

Before taking a look at those patterns (in the next section), let’s consider another passage from this article (p. 54):

Natural selection is thus an automatic reason finder that “discovers,” “endorses,” and “focuses” reasons over many generations. The scare quotes are to remind us that natural selection doesn’t have a mind, doesn’t itself have reasons, but is nevertheless competent to perform this “task” of design refinement. This is competence without comprehension.

That’s where Dennett is going, “competence without comprehension” – a recent mantra of his.

It is characteristic of Dennett’s intentional stance that it authorizes the use of intentional language, such as “discovers,” “endorses,” and “focuses”. That’s what it’s for, to allow the use of such language in situations where it comes naturally and easily. What’s not clear to me is whether or not one is supposed to treat it as a heuristic device that leads to non-intentional accounts. Clearly intentional talk about “selfish” genes is to be cashed out in non-intentional talk, and that would seem to be the case with natural selection in general.

But it is one thing to talk about cashing out intentional talk in a more suitable explanatory lingo. It’s something else to actually do so. Dennett’s been talking about free-floating rationales for decades, but hasn’t yet, so far as I know, proposed a way of getting rid of that bit of intentional talk. END_OF_DOCUMENT_TOKEN_TO_BE_REPLACED

Replicated Typo is, as the name suggests, interested in transmission and change of cultural phenomena.  I’m also particularly interested in bilingualism.  That’s why I have to point out my recent discovery at Cognição, Linguagem e Música: A post by me, in Portuguese.

Well, more accurately, Pedro Lourenço Gomes has translated one of my recent articles.  It’s fascinating that some of my thoughts may reach people with whom I could not communicate directly.  Here’s an extract:

Original: There is a battle about to commence.  A battle in the world of cognitive modelling.  Or at least a bit of a skirmish.  Two articles to be published in Trends in Cognitive Sciences debate the merits of approaching cognition from different ends of the microscope.

Actually, it looks like Google translate has done an OK job, although I don’t know anything about Portuguese.  I had a look for more translations of Replicated Typo posts by searching for “Replicated Typo” with various language filters.  Alas, I could find nothing.

Cognição, Linguagem e Música looks like a great blog with reviews of books and articles and lots of posts about music.

There is a battle about to commence.  A battle in the world of cognitive modelling.  Or at least a bit of a skirmish.  Two articles to be published in Trends in Cognitive Sciences debate the merits of approaching cognition from different ends of the microscope.

However, the first battleground seems to be who can come up with the most complicated diagram.  I leave this decision to the reader (see first two images).

The central issue is which approach is the most productive for explaining phenomena in cognition.  David Marr’s levels of explanation include the ‘computational’ characterisation of the problem, an ‘algorithmic’ description of the problem and an ‘implementational’ explanation which focusses on how the task is actually implemented by real brains.  Structured probabilistic takes a ‘top-down’ approach while Emergentism takes a ‘bottom-up’ approach.

END_OF_DOCUMENT_TOKEN_TO_BE_REPLACED

Ever since its discovery in 1861, Broca’s area (named after its discoverer, Paul Broca) has been inextricably linked with language (Grodzinsky and Santi, 2008). Found in the left hemisphere of the Pre-Frontal Cortex (PFC), Broca’s region traditionally[1] comprises of Broadmann’s areas (BA) 44 and 45 (Hagoort, 2005). Despite being relegated in its status as the centre of language, this region is still believed to play a vital role in certain linguistic aspects.

Of particular emphasis is syntax. However, syntactic processing is not unequivocally confined to Broca’s area, with a vast body of evidence from “Studies investigating lesion deficit correlations point to a more distributed representation of syntactic processes in the left perisylvian region.” (Fiebach, 2005, pg. 80). A more constrained approach places Broca’s area as processing an important functional component of grammar (Grodzinsky and Santi, 2007). One of these suggestions points specifically to how humans are able to organise phrases in hierarchical structures[2].

In natural languages, “[…] the noun phrases and the verb phrase within a clause typically receive their grammatical role (e.g., subject or object) by means of hierarchical relations rather than through the bare linear order of the words in a string. [my emphasis]” (Musso et al., 2003, pg. 774). Furthermore, these phrases can be broken down into smaller segments, with noun phrases, for example, consisting of a determiner preceding a noun (Chomsky, 1957). According to Chomsky (1957) these rules exist without the need for interaction in other linguistic domains. Take for example his now famous phrase of “Colourless green ideas sleep furiously.” (ibid, pg. 15). Despite being syntactically correct, it is argued the sentence as a whole is semantically meaningless.

The relevant point to take away is a sentence is considered hierarchical if phrases are embedded within other phrases. Yet, examples of hierarchical organisation are found in many domains besides syntax. This includes other language phenomena, such as prosody. Also, non-linguistic behaviours – such as music (Givon, 1998), action sequences (Koechlin and Jubault, 2006), tool-use (cf. Scott-Frey, 2004) and tool-production (Stout et al., 2008) – are all cognitively demanding tasks, comparable with that of language. We can even see instances of non-human hierarchical representations: from the songs of humpback whales (Suzuki, Buck and Tyack, 2006) to various accounts of great apes (McGrew, 1992; Nakamichi, 2003) and crows (Hunt, 2000) using and manufacturing their own tools[3].