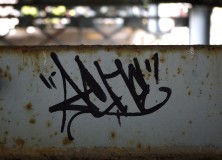 Terminology is important, and pesky. I am in need of at least two terms, terms for which I have a technical use. I also dislike coining new terms. I would much prefer to use existing terms, even if it requires a bit of refitting here and there. Here are three proposals, the first of which is familiar to you, followed by brief discussions of each:

meme: the observable properties of objects, events, or processes that are culturally active; the cultural analog to the biological gene.

substrate: the physical object, event, or process in which culturally active properties (i.e. memes) are said to inhere.

ideotype: the cultural analog to the biological phenotype. Ideotypes are mental constructs arising in minds as brains engage with memes.

This is the same old meme, more or less: the cultural analog to the biological gene. When I originally started thinking about culture as evolving through a process of random variation and selective retention, as the phrase goes, I was unaware of Dawkins’s term. I was considering various terms, I forget what they were, and learned about Dawkins’s meme in the process of discussing terminological possibilities.

Once I’d learned that Dawkins had already coined a term that (seemed to) fit my bill, and that was in use, it was a no-brainer. I adopted it. Had I known just how much half-baked memetic thinking there was, well, I most likely would have adopted the term anyhow.

It’s a good term and no one who reads more than a little of my work is going to mistake me for a memetics. I’m not. I just happen to share a word with them.

As I’ve now said many times, I see memes as observable properties of objects, events, and things. Not the objects, events, and things themselves, just certain of their properties. Which properties? The ones that are culturally active. The memetic properties are thus those on the emic side of the emic/etic distinction used in anthropology (and derived from the distinction between phonemics and phonetics that linguists have made).

I thus assume that objects, events, and things that are not active in some given culture. Those properties are on the etic side of the emic/etic distinction. Why aren’t they culturally active? Perhaps they’re not observable. Or they may be observable by simply not culturally active.

[Note: Now that I think of it, it’s probably not accurate to imply that the properties of objects, events, and things can be divided into two exclusive classes. It’s more like the emic properties are of a different order. But that’s a discussion I’ll have to shelve for now.]

The memes of a spoked wheel inhere in the wood, metal, and other material components of the wheel. Some of the memes have to do with the shape and arrangement of the parts. The identity of the physical materials is also likely to be memetically active. It’s important that the rim is made of iron rather than copper and that the spokes are made of, say, ash rather than pine.

I’d first thought of using “locus” in this conceptual slot. But “locus” used in genetics and I fear using it in this context is likely to be confusing. Substrate seems to be a good word for that.

Note however, that the meme/substrate distinction IS NOT the old form/substance distinction but to a more specific use. As I’ve pointed out in the case of the spoked wheel, the substance (e.g. iron vs. copper) of the substrate can be memetically active.

What do we call the cultural analogs of biological phenotypes? Given that I believe that those things take place in minds, why not draw on the standard mental terminology: ideas, thoughts, perceptions, desires, etc.? I see two problems with this. For one, it would be nice to have a single term that denotes all of them, whether they’re ideas or perceptions or whatever else. Further more, there’s no reason to think that everything in the mind has the status of cultural phenotype. What about the mind of a neonate?

No, I think we need a term. I like “ideotype” for this slot. To be sure, the term is in use, but not widespread use, nor do I see existing uses as causing harmful or confusing cross-talk.

The word itself seems very well-suited to this usage. The morphology is parallel to biological usage, “phenotype” and “ideotype”, while the prefix, “ideo-”, couldn’t be better as it directly implies the mental realm.

So: Cultural evolution is a process of random variation among memes and selective retention of ideotypes through the collective mental processes of a social group.

12 thoughts on “Cultural Evolution: Some Terminology”