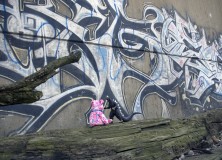 I’ve been thinking a lot about information recently, mostly as a consequence of reading Dan Dennett on memetics. I’m uncomfortable with his usage, and similar ones, and I can’t quite figure out why. Let me offer two passages, and then some comments.

The first passage is from George Williams, a biologist. It’s in a chapter from a book edited by John Brockman, The Third Culture: Beyond the Scientific Revolution:

Evolutionary biologists have failed to realize that they work with two more or less incommensurable domains: that of information and that of matter. I address this problem in my 1992 book, Natural Selection: Domains, Levels, and Challenges. These two domains will never be brought together in any kind of the sense usually implied by the term “reductionism.” You can speak of galaxies and particles of dust in the same terms, because they both have mass and charge and length and width. You can’t do that with information and matter. Information doesn’t have mass or charge or length in millimeters. Likewise, matter doesn’t have bytes. You can’t measure so much gold in so many bytes. It doesn’t have redundancy, or fidelity, or any of the other descriptors we apply to information. This dearth of shared descriptors makes matter and information two separate domains of existence, which have to be discussed separately, in their own terms.

The gene is a package of information, not an object. The pattern of base pairs in a DNA molecule specifies the gene. But the DNA molecule is the medium, it’s not the message. Maintaining this distinction between the medium and the message is absolutely indispensable to clarity of thought about evolution.

Just the fact that fifteen years ago I started using a computer may have had something to do with my ideas here. The constant process of transferring information from one physical medium to another and then being able to recover that same information in the original medium brings home the separability of information and matter. In biology, when you’re talking about things like genes and genotypes and gene pools, you’re talking about information, not physical objective reality. They’re patterns.

I was also influenced by Dawkins’ “meme” concept, which refers to cultural information that influences people’s behavior. Memes, unlike genes, don’t have a single, archival kind of medium. Consider the book Don Quixote: a stack of paper with ink marks on the pages, but you could put it on a CD or a tape and turn it into sound waves for blind people. No matter what medium it’s in, it’s always the same book, the same information. This is true of everything else in the cultural realm. It can be recorded in many different media, but it’s the same meme no matter what medium it’s recorded in.

It seems to me that that is more or less how the concept of information is used in many discussions. It’s certainly how Dennett tends to use it. Here’s a typical passage (it’s the fifth and last footnote in From Typo to Thinko: When Evolution Graduated to Semantic Norms):

There is considerable debate among memeticists about whether memes should be defined as brain-structures, or as behaviors, or some other presumably well-anchored concreta, but I think the case is still overwhelming for defining memes abstractly, in terms of information worth copying (however embodied) since it is the information that determines how much design work or R and D doesn’t have to be re-done. That is why a wagon with spoked wheels carries the idea of a wagon with spoked wheels as well as any mind or brain could carry it.

Here I can’t help but think that Dennett’s pulling a fast one. Information has somehow become reified in a way that has the happy effect of relieving Dennett of the task of thinking about the actual mechanisms of cultural evolution. That in turn has the unhappy effect of draining his assertion of meaning. In what way does a wagon with spoked wheels carry any idea whatsoever, much less the idea of itself?

It seems to me that we can talk of a signal as carrying information only with respect to something that can read that signal (and act on what it reads), write it, or both. Information is thus a relationship between signals and mechanisms that use those signals. Both Dennett and Williams, however, seem to talk about information as though it were itty bitty particles that one can, for example, transfer “from one physical medium to another.”

But that’s not what’s going on. In the case of Don Quixote, to use Williams’s example, it takes a fairly sophisticated system to “transfer” the “information” from one medium to another. If you want to transfer the paper to text to, say, microfilm, then you have to photograph each page of the text. But it’s not at all clear to me that any information has been “transferred.” Rather, a certain pattern has been copied from medium to another well enough so that a person can read the same “information” in either version. That is, the informatic relationships between the person and the image remain the same for both versions of the image.

Things get a lot trickier when we talk of “transferring” information between a written text and a spoken text. Until relatively recently, the only way to make such transfers has been to have a person read the text, in one direction (text to speech), or transcribe it in the other direction (speech to text). One could argue that, in any event, the spoken version “contains” more “information” than the written version (vocal inflections of various sorts). In recent years we’ve developed computer programs that can perform translations on both directions, but text to speech doesn’t sound natural, and speech to text makes more errors that humans do.

I don’t know what to do about Dennett’s example. It’s too open-ended for analysis. It’s easy enough to take it as is, where it’s an informal statement. But I don’t see how any sophisticated argument can be built on that statement nor, for that matter, do I have any reason to believe that it’s an informal statement of an argument that’s been made in a detailed and sophisticated way somewhere else.

In the first place, we need to distinguish between using a wagon to move things from one place to another, and constructing a wagon. I can imagine, for example, that people who have never seen a spoke-wheeled wagon could use one easily enough, especially if they already have experience using wagons with solid wheels. Constructing wagons is another matter. Would people with no experience of wagons (and comparable artifacts) be able to reverse engineer a spoke-wheeled wagon given nothing more that an example of one? More plausibly, would people with considerable experience in constructing wagons with solid wheels be able to reverse engineer spoked-wheels from examples alone?

It’s not at all obvious that they would, as the construction of spoked wheels is rather sophisticated (for an analysis see F. T. Cloak, Jr., Cultural Darwinism: Natural Selection of The Spoked Wood Wheel (PDF).

Now, you may be thinking that this is all rather pedantic and picky. Picky, yes. Pedantic, no. It’s about details, and the patterns they take. Biologists know a great many details about DNA, its replication, and its role in development. Information is about those details; without them the concept is meaningless. Memeticists, I’m afraid, are short on details. What’s worse, they don’t seem to think they’re important.