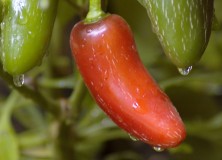 Tyler Cowen has a post at Foreign Policy, The Cookbook Theory of Economics: Why Chinese and Mexican dominate the market. Here’s a paragraph Cowen high-lighted on his own blog, Marginal Revolution:

Consider how cooking evolves: It starts in the home and then eventually spreads to restaurants and on to cookbooks, along the way transforming a recipe from oral tradition to commercialized product. In the home, recipes are often transmitted from grandmother to mother, or from father to son, or simply by watching and participating. I’ve seen this in rural Mexico, for instance, when an older daughter teaches her younger sister how to pat tortillas the right way. When societies get richer, you start to see restaurants, a form of specialization like auto mechanics or tailors (see: Adam Smith on the division of labor). Restaurants require that strangers — other cooks — be taught the process. That means simplifying or standardizing ingredients so they’re easier to work with and, in many cases, available year-round. This, of course, means writing down the recipe. Once a dish reaches these commercial milestones, cookbooks will follow.

Yes. Why not? It’s a good paragraph. I like this passage as well, which precedes it:

I recall a trip a few years ago to Dar es Salaam, Tanzania, where I was surprised to find that virtually all restaurants were Chinese or Indian. They were excellent, but still I wanted some local food. In a fit of desperation, I paid the maid to make me a Tanzanian dish in the hotel kitchen, a kind of improvised room service, with a large tip attached. I ended up with a sort of porridge that looked quite simple but tasted delicious. As I was enjoying the meal, it occurred to me that writing down the recipe wouldn’t do much good, as I wouldn’t be able to reproduce it at home. The grain — perhaps a maize flour or millet — was unfamiliar, and the rest of the local ingredients were fresher and more delicious than anything I could easily get my hands on at home in Fairfax, Virginia. A recipe like “cook grain; add water and salt” wouldn’t get me far, not even with Whole Foods at my disposal.

A bit later Cowen notes that Mexican cuisine “straddles being perfect for cookbooks and not being ready for cookbooks at all.”  I find the notion that a cuisine may or may not be cookbook ready to be a delicious one. It puts a useful frame around the limitations of language and mind. You need the material stuff. And so:

There is a series of 50-plus Spanish-language volumes (with likely more to come) titled Cocina Indígena y Popular (loosely, Common Local Cuisine). These books capture the eclectic and ancient world of Mexican cooking; they attempt to write up the indescribable. One recipe, palo amarillo (“yellow stick”), from the volume on the foods of the Tarahumara people, requires the fruit of a rubber tree and notes that the tree should be an old one and also that its brush can be combined with wool for sewing and knitting. Then we are told that the fruit comes in black and white, that the tree no longer grows in “the canyon” (which canyon is not identified), that the fruit ripens in May, and that the tree’s flower has an attractive yellow color. The rest is up to the chef. The takeaway of course is that most actual recipes, at least in their original pre-capitalist forms, aren’t very useful.

Julie Sahni’s monumental book, Classic Indian Cooking, clocks in at close to 600 pages, 95 of which are preliminary materials, covering what white poppy seeds are, what “curry” means, and how to squeeze water from Indian cheese. But Indian cookbooks for Indians, the kind I’ve picked up for $2 apiece on my wanderings through bookshops in Mumbai and Kerala, are intended mostly for Indian women, so the books take this kind of knowledge for granted. Once they stop doing so, we’ll know something else about India’s economic development — the point at which young working women no longer have time to learn from grandma the intricacies of making vindaloo or chana. It’s the cookbook authors who rescue the recipes that would otherwise be lost or homogenized in the frantic race to modernity.

And, you know, Dan Dennett, the making of spoked wheels is like that too. Leave it to the economist to have a better feel for the materiality of culture than the philosopher.