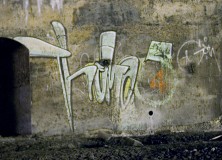 This is going to be quick, I hope, and dirty, I’m sure. What I’m up to is taking the first crude steps toward an argument about why putting memes in the head makes culture unintelligible.

Dawkins’ central insight, and the only reason to think about memes at all, is that, properly understood, properly cultural evolution is a regime where the beneficiary of successful cultural change (see my post, Roles in Cultural Interaction) is some kind of cultural entity rather than the organism that exhibits, uses, creates, that cultural entity. Call this the memetic regime. In gene-culture coevolution, by contrast, it is the organism that benefits from successful cultural change.

The question I’m asking is when, and why, in human prehistory did the memetic regime emerge? Stone tools emerge in the archeological record roughly 2.5 million years ago. Finely crafted hand axes–if that, indeed, is what they are–show up 1.5 million years ago. The shapes of these hand axes are conserved over 100s of thousands of years. They don’t change.

On the one hand, these artifacts indicate a level of craftsmanship beyond that we see in any animal. But they don’t show evidence of rapid and directed change. Do they exist fully within the regime of gene-cultural co-evolution? The question is not, of course, simply about the tools and axes themselves, but about the entire way of life in which they are embedded.

I don’t, of course, know the answer to that question. But if they are pre-memetic, then when did the memetic regime emerge, and why?

One obvious inflection point would be the emergence of language as we know it, which seems to have happened between 200,000 and 50,000 years ago. If that’s when the change happened, why? What is it about language that facilitated that change?

I note, as many others have, that language codes, like the so-called genetic code, are based on a fixed and relatively small inventory of sounds (phonemes), with the number varying from one language to another (from 10 or so to 100 or more). These elements are themselves meaningless, but they are combined into units that do have meaning (morphemes). Because these elemental units are digital in character rather than analog, they and their combinations are readily and accurately distinguished from one another. This allows for a great variety of readily distinguishable units.

That’s one thing to consider.

But we must also consider the fact the relationship between a meaningful unit and that meaning is an arbitrary one. It is established by convention. But this also means that word meanings must be negotiated in interaction. There is no way any Special Language-Giving Being can step outside of language to establish word meanings and then to teach those meanings to those ordinary individuals who remain stuck in language.

And THAT, I suspect, is what necessitates the emergence of the memetic regime. Meanings are negotiated. And those meanings may change over time, over years and decades. The memetic regime (somehow) allows individual to communicate with one another while meanings change.

THAT, of course, is far from an argument. At this point it is simply assertion.

I note, however, that learning language poses challenges that are different from learning how to craft a stone tool. There’s nothing hidden about the tool or the procedures you need to craft it. The tool itself is fully visible, and is visible its beginning in a crude black through its transition to a finished tool. And the procedures for crafting the tool are visible as well. The teacher cannot, of course, give the apprentice the feel of working with the material. The apprentice has to learn that for himself, and that learning is often difficult.

But language, language is quite different. The meanings of words are not visible at all. They reside only in the speaker’s head. To be sure, some words have physical referents, but establishing such reference is not straightforward. And there are many words, important words, without obvious physical referents, e.g. faith, hope, and charity. How are the meanings of such words established and taught?

The problem with giving memetic status to word meanings (and to ‘ideas’ in general), as Dennett does and as many others do, is that it renders the emergence of language unintelligible. It requires that word meanings be given transcendentally (though sky-hooks, to use one of Dennett’s favorite metaphors).

No, the memetic elements of culture can exist only in the public realm where they are visible to all.

For a discussion of the problem of word meaning, see Cultural Evolution 8: Language Games 1, Speech. In particular, see the section, Language Games & Game Theory, where I discuss the ideas of William Croft, Explaining Language Change: An Evolutionary Approach, Longman (2000).

4 thoughts on “The Memetic Changeover: When and Why?”