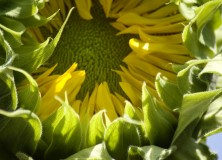 FLASH! The active brain-hopping meme is to culture as the preformationist germ seed is to biology. More in a later post.

While these posts have been quite critical of Dennett’s use of the concept of information, that should not be taken to mean that I see no use for such a concept. There is, of course, the technical usage established by Shannon and Weaver, but that is of limited use in these discussions. The challenge is to make use a less specialized, indeed an informal, concept. I intend to do so by identifying memetic information with the formal concept of data, as employed in computer science, and in particular with the concept of a parameter.

The Wikipedia defines parameter in this way:

Memes are arguments in the sense of that definition. The parameters for which they are values are components of “subroutines” in the mind, where, for the purposes of this discussion, the mind is considered to be a rich and sophisticated computational device whose characteristics are unspecified.

For example, one wishes to make a stone ax head of the standard sort. Using an existing ax head as a model, one can treat its size and shape as targets against which one can judge progress in fabricating a new ax head. In this case a target is a parameter in a fabrication procedure that defines some aspect of the fabricated object.

Then there is the fabrication procedure itself. Apprentices, of course, observe master craftsmen at work and so can use their observations as a source of targets for their own activity. In some respects the master may give explicit instruction, Do it this way, thus helping the apprentice to identify more precise targets.

Let’s consider my favorite source of examples, music. Here’s a passage from Beethoven’s Anvil (pp. 177-178) in which I present a just-so story about the origins of music:

So now we have bands of proto-humans using their animal calls, and their animal moves as well. Group musicking would surely be common. I can imagine it starting more or less spontaneously around significant events. A lion is beaten off, a female comes back from the bush with a new infant, a death, a fresh kill, a water hole is found after a two-day search, a quarrel breaks out and is resolved. I’m imagining a group of folks going about their business and then something dramatic happens that captures the attention of more and more individuals; they begin milling around while chattering and gesturing. Then gestures, footfalls, and cries begin intersecting one another, creating ever denser patterns of sonic and gestural coincidence—the dynamics might have been a bit like those of the clapping we examined at the end of chapter 3. That, I believe, is how group musicking emerged.

For generations upon generations, this musicking may have been opportunistic and haphazard. But the particular patterns of group interaction became easier and easier to trigger, the catalytic requirements less and less, and somehow the activity began happening without any particular catalyst at all. It just happened that on this or that occasion enough individuals gathered together in a small space, one of them began a rhythmic stomp and the joined in, for the fun of it. In this context, every once in awhile—and, over time, more and more frequently—magic could happen. People would have fun and, perhaps, anxiety would be dissipated as well.

Forget about whether or not that’s a convincing just-so story. I like it, but that’s beside the point.

The point is: What’s required that people synchronize their motions and vocalization in cyclic activity? What are the parameters? The physicists tell us there are two: period and phase angle. Period is the length of time required by one complete cycle while phase angle has to do with the alignment between adjacent cycles.

Period and phase angle are thus coupling parameters. They constrain movement so that people move together. To the extent that specific values for those parameters recur in session after session, those values would be memes.

More expansively, we can think of the conventions of the blues, for example, as a set of coupling parameters. They specify cycle length (12 bars), certain melodic elements (the so-called blue notes), and the harmonic trajectory through the cycle (in one notation: I IV I V I). The harmonic trajectory is in fact a set of target parameters which have been given a specific temporal order. Rhythm Changes, as we’ve discussed before in this series, is a still more complex set of coupling parameters and associated targets.

Specific values for these parameters would then be memes. When one plays a blues in the key of Bb, the arguments for the harmonic parameters are specified: Bb F Bb G Bb. A skilled musician joining a jam session in progress has only to hear the music in order to identify it as, say, a blues. Once you’ve played a note or two you can identify the specific key as well and it’s off to the races.

Now we arrive at language, Dennett’s topic of choice. Speech presupposes coupling between speaker and listener. Once identified, words can become designators. Or rather it is the signifiers, but not the signifieds, that function as designators. What do signifiers designate? They designate, they point to, signifieds, where we understand a signified to be an ideotype, or some component of an evolving ideotype.

In this explication, then, a string of signifiers, whether spoken, gestured, or written, is a string of data for some unspecified mental ‘program.’ When interpreted, that is, when mapped to meaningful items, that data string may well specify instructions to be executed in one way or another.

As we are now in classic computer science territory, it is time to turn to a piece of classic computer science, Newell and Simon’s 1975 Turing Award paper: Science as Empirical Inquiry: Symbols and Search (PDF). The first half of the paper is devoted to the physical symbol system hypothesis: (p. 116): “A physical symbol system has the necessary and sufficient means for general intelligent action.”

Just before that they laid out the general specifications of a physical symbol system (p. 116):

Two notions are central to this structure of expressions, symbols, and objects: designation and interpretation.

Designation. An expression designates an object if, given the expression, the system can either affect the object itself or behave in ways dependent on the object.

In either case, access to the object via the expression has been obtained, which is the essence of designation.

Interpretation implies a special form of dependent action: given an expression the system can perform the indicated process, which is to say, it can evoke and execute its own processes from expressions that designate them.

Signifiers, as I have been talking about them, are designators in the sense defined by Newell and Simon. Signifiers or, in some cases, ideotypes, are interpretants (C. S. Peirce’s word) in their sense of interpretation. Verbal memes, defined either over speech, gesture or writing, are thus data that specify designators.

From AI to Natural Intelligence

A bit over a decade later David Hays and I published Principles and Development of Natural Intelligence (Journal of Social and Biological Systems 11, 293 – 322, 1988). We examined neural and behavioral data on animals from invertebrates to humankind and defined five general principles of natural intelligence. The fifth and last principle characterizes human, and only, human intelligence. We called it indexing:

While the other four principles can be construed as being principles of computation, only the indexing principle deals with computing in the sense it has had since the advent of the stored program digital computer. Indexed computation requires (1) an alphabet of symbols and (2) relations over places, where tokens of the alphabet exist at the various places in the system. The alphabet of symbols encodes the contents of the calculation while the relations over places, i.e. addresses, provide the means of manipulating alphabet tokens in carrying out the computation. The token at a place is a value and the place is identifiable by way of the relation given an address (see Fig. 13). Thus, the structure of the computational space can be used to locate various content items–that is, indexing. The possibilities of indexed computing become particularly exciting when one realizes, as von Neumann did, that values and places can be encoded in the same alphabet, making it possible to introduce the manipulation of computational geometry into the content of computation.

What’s important is the setting in which we placed that notion: naturally occurring animal nervous systems (where humans are treated as animals).

It is clear from Dennett’s recent interview at The Edge that his basic view of the mind and of memes is grounded in GOFAI, good old-fashioned artificial intelligence, which assumes simple logical switches as primitive elements. It’s only recently that he’s come to grips with the fact that neurons aren’t like that. In contrast, Hays and I started with much richer assumptions about neurons, that they are far more sophisticated than logical switches, and arrived at the indexing principle from a much more realistic foundation.

The Active Meme is Dead

When I first began posting about Dennett’s conception of memetics I had no intention of writing such a long parade of posts. I’ve done so, not so much because I wanted to critique the active meme concept, but because I wanted to come to terms with language. I’d begun that process in my earlier set of posts about cultural evolution, from the summer of 2010, but that venture was somewhat tentative.

It is in the nature of these things that my current views must be considered provisional. These formulations, of ideotype, and of memes as targets, couplers, and designators, are still new to me. I’ll need to let them settle down.

But I’d like to offer one last comment. While I define the ideotype as the cultural analog of the biological phenotype, the objects and processes that I identify as ideotypes are much like Dennett’s memes. They exist inside people’s head, in their minds, as do Dennettian memes, for the most part. I see no reason to think of them as autonomous agents in a fashion parallel to Dennett’s memes. It’s not as though I believe we are in full command of our ideas, in the way that we can command our arms and legs¬–and sometimes our limbs do get away from us. But I can see no intellectual benefit in replacing and old set of mysteries and puzzles with a mechanism that is little more than a rhetorical ploy to assert that, oh, we CAN solve those problems one day; just think computer. Perhaps we can solve those problems, and the ideal of computation will play a role in those solutions. But the particular concepts and models in Dennett’s tool kit reached their sell-by date in the last decade or two of the previous century.

It’s time to move on.

1 thought on “Memes as Data: Targets, Couplers, and Designators”