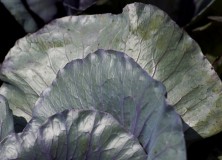 In thinking about my previous post I realized that my criticism of Dennett’s meme doctrine–that memes are mental entities that move from brain to brain like software viruses or Java apps–amounts to asserting that he’s a preformationist. What’s that? Here’s what the Wikipedia says:

In the history of biology, preformationism (or preformism) is the idea that organisms develop from miniature versions of themselves.

Instead of assembly from parts, preformationists believe that the form of living things exist, in real terms, prior to their development.

The Wikipedia article comes with this illustration, which is a 1695 drawing of a sperm by Nicolaas Hartsoeker. There you see it on the left, the little human-form homunculus. And there, on the right, the form gets larger and larger during prenatal development.

How, you might ask, could Dennett possibly be a preformationist? After all, ideas don’t have physical shape? Well, no, I suppose they don’t. Here’s what I have in mind (I’m quoting from the end of my previous post):

While I define the ideotype as the cultural analog of the biological phenotype, the objects and processes that I identify as ideotypes are much like Dennett’s memes. They exist inside people’s head, in their minds, as do Dennettian memes, for the most part.

That little homunculus in Hartsoeker’s sperm has the form of a phenotype, as we now call it (the term is only a century old). Those Dennettian memes are like that, hopping from brain to brain, they have the form of cultural phenotypes (that is, in my current terminology, ideotypes). Dennett is thus presupposing what a proper theory is supposed to explain. In Dennett’s terms, the active meme is a sky-hook, not a crane.

I’m sure Dennett would deny this, and with reason. There’s nothing in his writing that would appear, on the surface, to be making such assertion. But then there’s precious little in his memetics writing to say what ideas are: Well, um, err, they’re computer viruses, Java applets, that’s what they are! That, as we’ve already seen, is an empty assertion (Watch Out, Dan Dennett, Your Mind’s Changing Up on You!).

I am arguing that Dennett is a preformationist by default. He needs the active meme, the homuncular meme, in order for his conception of culture to work. He surely knows it’s a figurative conception, which is why he insists so strenuously that “Words are not just like software viruses; they are software viruses, a fact that emerges quite uncontroversially once we adjust our understanding of computation and software” (Cold Spring Harbor Symposia on Quantitative Biology, Volume LXXIV, pp. 1-7, 2009).

But the analogy ultimately fails because it hasn’t led Dennett, or anyone else that I can see, to a non-metaphorical account. Once you take a closer look at the relevant psychology, those homuncular memes disappear. Dennett’s homuncular meme is like the Cheshire cat’s grin, hanging in the air as the cat’s body slowly dissolves. That grin hanging in the air is Dennett’s preformationist memetics.

Where are we? When I’d completed the previous post in this series I thought I was ready to wrap it up: collect all the posts into a single document, write an introduction, PDF it, and post it to my SSRN page. Then the preformationist insight struck. So I’ve written this post about it, and some things are still churning in my mind. Some of them can go into the introduction, but not all of them.

But this can’t go on forever. It can’t even go on for as many as five more posts. I figure I need at least one more post to wrap things up, maybe two. And THEN the introduction, etc.