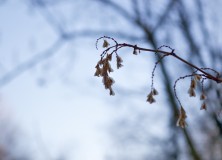 Yesterday I put up a post (A Note on Memes and Historical Linguistics) in which I argued that, when historical linguists chart relationships between things they call “languages”, what they’re actually charting is mostly relationships among phonological systems. Though they talk about languages, as we ordinarily use the term, that’s not what they actually look at. In particular, they ignore horizontal transfer of words and concepts between languages.

Consider the English language, which is classified as a Germanic language. As such, it is different from French, which is a Romance language, though of course both Romance and Germanic languages are Indo-European. However, in the 11th Century CE the Norman French invaded Britain and they stuck around, profoundly influencing language and culture in Britain, especially the part that’s come to be known as England. Because of their focus on phonology, historical linguists don’t register this event and its consequences. The considerable French influence on English simply doesn’t count because it affected the vocabulary, but not the phonology.

Well, the historical linguists aren’t the only ones who have a peculiar view of their subject matter. That kind of peculiar vision is widespread.

Let’s take a look at a passage from Sydney Lamb’s Pathways of the Brain (John Benjamins 1999). He begins by talking about Roman Jakobson, one of the great linguists of the previous century:

Born in Russia, he lived in Czechoslovakia and Sweden before coming to the United States, where he became a professor of Slavic Linguistics at Harvard. Using the term language in a way it is commonly used (but which gets in the way of a proper understanding of the situation), we could say that he spoke six languages quite fluently: Russian, Czech, German, English, Swedish, and French, and he had varying amounts of skill in a number of others. But each of them except Russian was spoken with a thick accent. It was said of him that, “He speaks six languages, all of them in Russian”. This phenomenon, quite common except in that most multilinguals don’t control as many ‘languages’, actually provides excellent evidence in support of the conclusion that from a cognitive point of view, the ‘language’ is not a unit at all.

Think about that. “Language” is a noun, nouns are said to represent persons, places, or things – as I recall from some classroom long ago and far away. Language isn’t a person or a place, so it must be a thing. And the generic thing, if it makes any sense at all to talk of such, is a self-contained ‘substance’ (to borrow a word from philosophy), demarcated from the rest of the world. It is, well, it’s a thing, like a ball, you can grab it in your metaphorical hand and turn it around as you inspect it.

But language is not like that, not at all, says Lamb: “What exists from a neurocognitive point of view is not so much one linguistic system as a group of interconnected systems, relatively independent from one another.” Lamb then presents this diagram (roughly, semology = semantics and lexis = lexical connections among other linguistic elements): It shows the linguistic competence of the bilingual or multilingual person as a loose collection of multiple languages, as those who believe in the existence of languages as integral units might want to suppose. For this conception we have the problem of accounting for the fact that we have so many duplications of the same phonological system.

In Roman Jakobson’s case, that phonological system is the one for Russian, which he used when speaking all of his languages. Lamb suggests that this is a more accurate diagram: At the bottom of the leftmost column we see that single phonological system. Beyond that Jakobson would have had “separate systems of grammar and lexicon for Russian, Czech, English, German, French, and Swedish – with some overlap in these grammars and lexicons, not included in the diagram – along with his more limited abilities in various additional languages plus a conceptual system connected to them all.”

Of course, I agree with Lamb on this. I further note that his account of language systems in the brain gives us an ‘inside view’ of the systems the historical linguists are analyzing and describing in their work. It’s the phonological system that is the external ‘face’ of language. That’s what’s there for everyone to hear and to see. That’s what’s public.

A final note, about how we think about these things. As I’ve noted, we think about languages as discrete things because that’s how our conceptual system works. That’s the common sense view, and it’s fine for common sense purposes. But it fails us in technical linguistics, though it still has entirely too much influence.

I made the same point in my discussion of memes. The common view is that memes are things that travel from one brain to another. That’s fine for casual conversation. But it’s useless for understanding cultural process, and yet even an otherwise sophisticated thinker like Daniel Dennett is held in thrall to that common sense view.

Finding and getting rid of these holdovers from the common sense view of the world is perhaps the single most important task facing the cognitive sciences. Until that’s done we’re just chasing whiffs of cultural phlogiston.

2 thoughts on “What’s a Language? Evidence from the Brain”