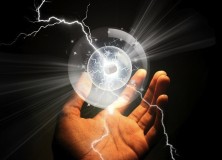 Most of you are probably now familiar with the following video about Keith Chen’s work on The Effect of Language on Economic Behavior:

Given this blog’s link with Chen’s study (see Sean’s RT posts here and here), and that Sean and I recently had our own paper published on the topic of these correlational studies, I thought I’d share some of my own thoughts in regards to this video. First up, the video provides some excellent animation, and it does a reasonable job at distilling the core argument of Chen’s paper. However, I do have some concerns, namely the conclusion presented in the video that “even seemingly insignificant features of our language can have a massive impact on our health, our national prosperity and the very way we live and die“.

This is stated far too strongly. After all, the study is only correlational in nature, and there are no experiments supporting this claim. Also, the video makes no mention of the various critiques that have popped up around the web by professional linguists, such as this excellent post by Osten Dahl. Of course, we could hand wave away these critiques, and argue it’s just a fun video. But I worry these popular renditions often lend significant media weight to dubious and unsubstantiated claims, with the potential to influence social policy. Still, we can’t completely blame the video. There’s somewhat of an academic smokescreen at work in the way Chen writes up the paper — it reads as if he had a particular hypothesis, and then tested this using an available dataset. I’m not 100% sure this is the whole story. I wouldn’t be too surprised to hear the initial finding was discovered, rather than actively sought out in a strict hypothesis-testing sense. This is all conjecture on my part, and I could be completely wrong here, but it does seem like Chen was fishing for correlations: you throw out your line into a large sea of data, find a particularly strong association, and then proceed to attach an hypothesis to it. Such practices are exactly the type of problem Sean and I were warning against in our paper. And as Geoff Pullum pointed out: Chen’s causal intuition could easily have been reversed and presented in an equally compelling fashion. It just happened to be the case that the correlation fell in one particular direction.

Besides the numerous theoretical and methodological critiques of the paper, the simple fact of the matter is that Chen’s work is being presented as if it’s demonstrated a causal relation. Let’s be clear about this: he hasn’t even got close to making that point. All he’s found is a strong correlation. So far, the best we can say is that we’re at the hypothesis-generating stage, with the general hypothesis being that differences in grammatical marking of the future influence future-oriented behaviours. Now, if we are to test this hypothesis, then experimental work is going to be needed. I doubt this will be too difficult to do given the large literature into delayed gratification. One useful approach might be found in the Stanford Marshmallow Experiment:

Here, you could control for a whole host of factors, whilst seeing if delayed gratification varied according to the language of particular groups. Surely Chen would expect there to be differences between those populations with strong-FTR languages and those with weak-FTR languages? Also, I wouldn’t be too surprised if we discovered that marshmallow consumption is linked to a propensity to save as well as road traffic accidents, acacia trees and campfires. In short: Marshmallows are the social science equivalent of the Higgs Boson. They’ll unify everything.