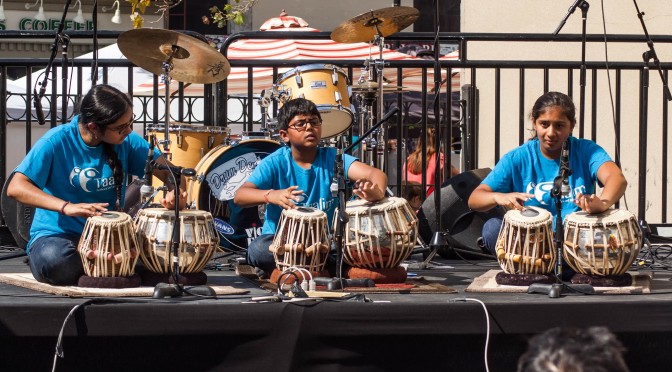 Or, messing around in one another’s mind space for fun and funk

This is about a simple, but profound, matter: that we cannot always and reliably access the contents of our own minds. In some circumstances we need external prompts. For reasons that I’ll have to explain in a later post, this absolutely sinks the superficial notions of “information transfer” from one mind to another that seem to be the norm in discussions of cultural evolution. Certain activities seem to be irreducibly GROUP activities.

John Miller Chernoff has an interesting observation in his book, African Rhythm and African Sensibility. It’s about playing one’s part in a percussion choir. Each of three, four, five, etc. players has a specific, simple, repetitive pattern to play. These individually simple patterns interlock to create a rich sonic wall of rhythm.

Chernoff notes that even highly skilled percussionists often have a difficult time playing a specific part without also hearing the other accustomed parts. This suggests that what the percussionist has learned is not just a motor pattern, but an auditory-motor gestalt that includes the whole rhythmic soundscape and not just one specific part of it. In such a gestalt the motor and auditory components would so intertwined that one cannot simple ‘extract’ the sound of one’s own phrase, along with the motor pattern, in order to execute in isolation. Rather, proper execution requires the entire gestalt and that includes the sounds executed by other players, the group sound, not the individual sounds.

It is thus not just that individual parts only sound correct in the context of other parts, but that the motor schema for executing one part is interwoven with the auditory schema for hearing the entire complex of parts. The drummer needs to hear the sound that the others are playing in order properly to activate his own motor schemas. The performance is thus inextricably a collective one.

What is so very peculiar about my argument is that it contravenes a deep an unquestioned assumption of almost all of our thinking about the human mind. That assumption is that we are masters of our own mind and body. To be sure, there is, for example, the Freudian unconscious, which I do not here deny. But that does not seem germane in this situation. Our drummer’s inability to drum alone is not a matter of neurotic repression. It is quite different.

Now set that aside and let’s think about a bunch of protohumans gathered together and stomping away to a highly synchronized beat. Let us then imagine that they begin to superimpose other things on this beat, vocal calls, imitations of animal movements, whatever. They can do this as individuals, people can imitate or respond to one another’s gestures, and so forth. All that interests me is that whatever they do, it is done to the beat – and, Hebbian learning is taking place while they’re doing this. They do it for awhile and then stop and go about their business.

The next day they gather together and start stomping at the same tempo as they had done the previous day. Again, they start superimposing other stuff on the basic beat. I would imagine, however, that these superimpositions would be biased by the superimpositions from the previous day. Following a seminal insight by Christopher Longuette-Higgins* – who, incidentally, coined the phrase “cognitive science” – I am imagining that an initial period of isochronous (single period) beating would evoke the prior day’s superimpositions, thus serving as a memory key. Insert the key, turn the lock, open the door, and out comes yesterdays sonic adventures. I don’t imagine that it would evoke the prior day’s superimpositions so strongly that they would be repeated in exactly the same way. But there would be a bias, and the bias would get stronger over time so that the collective activity would converge on a set of routine moves and gestures. We need not imagine that it would ever converge so tightly that two performances would be exactly alike.

What most interests me about this story is that, as a story about memory, that memory is collectively distributed throughout members of the group – recall our African drummers. No one person is in possession of the whole memory pattern. Whatever each one is doing, they all hear and more or less see everything. But each only as one component of the motor pattern necessary to execute the whole pattern.

Now, it seems to me that as long as the folks have only a single isochronous beat to which they dance, they’re only going to have one performance they can execute. But if they have, say, three distinct tempos, then they can have three performances. But there’s something else they can do. Instead of using just an ischronous beat in the groove stream, they can develop differentiated patterns. If they have five different periodic patterns they use at a given tempo, then that gives them five different performances for that tempo. I note in passing that the anthropological record indicates that, among tribal peoples, different deities are associated with different basic rhythms.

As I believe that protomusic precedes the emergence of language, I am imagining that all this is taking place in groups of people who lack language. Once language enters the picture we have the possiblity of superimosing specific lyrics on the musical stream as a further way of differentiating performances.

* See the papers on memory, pp. 369-414, Christopher Longuette-Higgins, Mental Processes, Studies in Cognitive Science, MIT Press, 1987. These papers are among the earliest explorations of the idea that the brain uses holographic processing.

See also: Busy Bee Brain, Music, the Brain, and the Group, and The Sound of Many Hands Clapping: Group Intentionality.

1 thought on “Time after Time: Music and Memory in the Group”