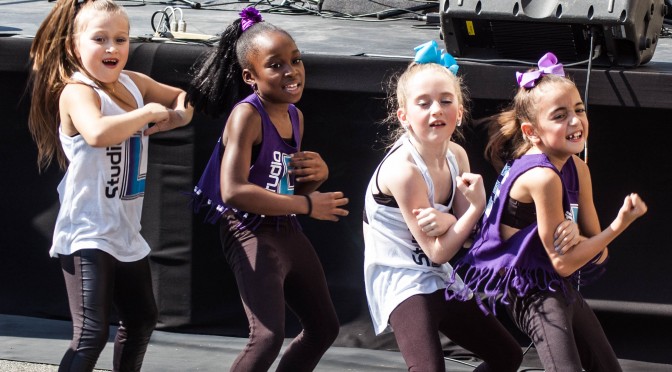 The title of my book about music, Beethoven’s Anvil, was suggest by my agent, Richard Curtis. I made up the subtitle (I think): Music in Mind and Culture. I am now thinking that the subtitle could have been the phrase I’m using as the title of this post: Notes Toward a Natural Philosophy of Cultural Evolution in the Music Domain. To be sure, I didn’t conceive of it as a study of the cultural evolution of music (“cultural evolution” has only five entries in the index), but in the context of my current efforts to figure out what cultural evolution is about, that’s a good way to think about Beethoven’s Anvil.

For it places the evolutionary aspects of musical phenomena in the context of substantial discussions of psychology and neuroscience, of interpersonal interaction and group processes, of origins and history, and of social context and function broadly considered. In particular, when I discuss the musical equivalents of the biological gene and phenotype, those discussions are embedded in discussions of neuroscience and perceptual, cognitive, and motor psychology that are well-thought out. I’m not just hunting for analogues to the biological notions and attaching terminological handles to them, which is, alas, what all too much discussion of micro-scale cultural evolution has been doing.

In the rest of this post I do two things: 1) justify the talk of natural philosophy, and 2) say a bit more about Beethoven’s Anvil.

The term is of course an old one. But I have a specific contemporary source in mind, Massimo Pigliucci’s recent review of The Singular Universe and the Reality of Time: A Proposal In Natural Philosophy by Lee Smolin (a scientist by trade) and Roberto Unger (a philosopher). Smolin and Unger explain their use of the term and Pigliucci discusses that use, approvingly, quoting this passage from their book:

Today, natural philosophy has not disappeared completely. It lives under disguise. Scientists write popular books, for the general educated public, professing to make their ideas about the science that they practice accessible to non-scientists. They use these books to speculate about the larger meaning of their discoveries for our understanding of the universe and of our place within it. They also have another audience, however: their colleagues in science, addressed under the disguise of popularization. (p. 82)

While I’m a humanist by training, not a scientist, I suppose that I’ve become something of a natural philosopher in the sense of that paragraph and more or less for the same purpose.

Beethoven’s Anvil assumes no particular specialized intellectual background and so is broadly accessible both to “civilians” if you will, but also to a broad range of intellectual specialists in a variety of human sciences (the phrase, “human sciences” is European and encompasses the humanities as well as the social and behavioral sciences). The book also assumes, and I hope rewards, a fair level of intellectual sophistication and adventurousness.

Some Propositions from Beethoven’s Anvil

How then to present the contents of a moderately dense 280 page book (plus notes and references) in a compact form?

In the course of writing the book I composed a handful of short paragraphs to which I gave specific names. These key propositions are not distributed uniformly throughout the book – half of them are in chapters 2 and 3 (out of 11), which I’ve put online HERE – and so don’t represent the full scope of the book. But they indicate enough of it to show why the book would be valuable for students of cultural evolution.

To be embarrassingly blunt, if you want to see cultural evolution discussed in a rich interdisciplinary intellectual context, I know of nothing else quite like Beethoven’s Anvil. If you are thinking of cultural evolution as a vehicle for consilience in the human sciences, Beethoven’s Anvil makes a good complement to e.g. Alex Mesoudi, Cultural Evolution: How Darwinian Theory can Explain Human Cultural and Synthesize the Social Sciences but is itself free of broad claims about intellectual unification of that sort I am making in this post. To be sure, music is not the whole of human culture, not by a long shot. But it is a significant chunk of human culture. I would like to think that a detailed albeit speculative account of it has something to offer those with no particular interest in music, but with some interest in human culture and its evolution.

Here’s what I’m doing in the rest of this post: I present those key propositions, there are 14 of them, in the order in which they appear in the book. But I make no attempt to argue for them; arguments are in the book. Here and there I have a brief comment.

Comment: The first five propositions are in the second chapter: “Music and Coupling.” The object in this chapter is to establish face-to-face human sociality as a function of interactional synchrony, as investigated by William Condon in the 1960s and 1970s.

3) Facing Principle: As a vehicle for expressing emotion, the body presents the inner experience of individuals both to the external world and to higher brain centers. [p. 40]

4) Wallin’s Hypothesis: For individuals sharing a common musical culture, there is a strong and systematic similarity between the tonal flow of music and its neurophysiological substrates that allows a tight coupling between the brains of those individuals. While participating in the music those individuals constitute a community of sympathy. [p. 44]

Comment: I use Wallin’s hypothesis as the basis for adopting Dawkin’s term, “meme”. In this context the term explicitly refers to musical sounds, things in the public environment where they are accessible to all. Memes are thus NOT things in people’s heads/brains. But those brains collectively provide the environment in which music must survive. These days I would talk of coordinators rather than memes and, in the case of music, most (all?) the coordinators would be couplers. They are physical signals through which otherwise independent nervous systems couple their activities.

5) Memetic Survival: A meme will survive only if it meets the coupling needs of groups in some community. [p. 45]

Comment: The next two propositions are from chapter 3, “Fireflies: Dynamics and Brain States.” In this chapter I call on some classic work on firefly synchronization to construct an account of collective neural activity. The idea is that when people gather together to make music (and to dance) each individual gives up many degrees of freedom with the result that the neural state space of the group is no larger than that of a single individual despite the fact that the group has many more neurons than any individual.

This construction is informal and speculative, but I recommend it to those interested in thinking about complex dynamics in cultural evolution. The tightly coupled interaction of a music-making group can be seen as an attractor in the group’s collective neural state space. This chapter is thus relevant to students of Sperber’s cultural attractor theory.

I note further that since the book came out a number of investigators have reported studies on neural behavior in individuals involved in face-to-face interaction and find significant synchrony.

7) Ensemble State Collapse: The size of the collective neural state space of a musicking ensemble approaches that of a typical member of the ensemble. [p. 61]

Comment: The next proposition is from the end of chapter 6, “Rhythm Methods: Patterns of Construction”. It is similar in effect to Mark Changizi’s notion of harnessing, in which cultural processes call on neural machinery that originally evolved for other purposes and harness them to new cultural activities. This general idea is around and about under various terminological guises.

8) Projection: The capacity of the nervous system to take neural structures that evolved for one purpose and “project” them into entirely different behavioral domains on a temporary basis. [p. 141]

Comment: The next four propositions are from chapter 8, “The Protohuman Rhythm Band”, which is about the biological evolution of music. As such it has a suggestion about the adaptive purpose of music (to relieve anxiety, which I discussed in chapter 4, on pleasure and anxiety). Proposition 10 is related to Merlin Donald’s work (Origins of the Modern Mind). Notice the notion of an attractor in a dynamical system turns up in proposition 12, which it is doing more or less the same work that Sperber wants of the notion of an attractor.

At the time I wrote the book I was unaware of Sperber’s work and got the concept of attractor both from general discussions of dynamics but more specifically from Walter Freeman’s work on the dynamics of neural ensembles. Had I read Sperber at the time, I don’t know how I would have made use of his version of the attractor concept. The problem is that, in my usage, I define attractors over ensembles of neurons, following Freeman. Sperber makes no mention of nervous systems in his theorizing and I find the physical embodiment of his attractors to be somewhat obscure.

9) Geist/Wallin Hypothesis: Our hominid ancestors got voluntary control over their vocal apparatus though the mimicry of animal cries. [p. 173]

10) Rhythm Hypothesis: The cultural precursors to humankind used voluntary control of rhythm as the mechanism that integrated their activities at the highest level. [p. 176]

11) Oubré’s Hypothesis: The human mind first emerged when musicking gave rise to group synchronized neurodynamics. Such states are both a by-product and a catalyst of the continuing evolution of hominid consciousness and culture. [p. 179]

Comment: The last two propositions are from chapter 9, “Musicking the World”. For reasons I explain at the beginning of the first chapter, I have adopted the spelling “musick” from Christopher, who uses it to indicate an activity that can encompass dancing as well as making music.

The effect of proposition 13 is that human biology can never be completely constrained by a group’s cultural practices. Biology is thus a resource to be called on in working out a way of life and not a trap or prison.

I introduced proposition 14 in the context of a massive cross-cultural study of musical styles by Alan Lomax. Lomax was interested in the relationship between social structure and musical style. He discovered that in egalitarian societies (e.g. hunter-gatherer bands) all music-making is fully collective in the sense that no one individual takes a solo role in contrast to which the others play accompaniment. That only happens in somewhat more complex societies that have full-time leaders. The leader thus has the kind of relationship to followers that a soloist has to accompanists. Leader-and-followers, soloist-and-accompanists, are dyadic role structures in which the role on one side of the dyad is played by a collective entity (followers, accompanists).

13) Cultural Freedom: While all human societies must ensure the biological survival of their members, there is considerable leeway in how that is accomplished. This creates a zone of cultural discretion that is constrained only by the group’s collective capacity for coupled neural interaction and desire for pleasure. [p. 198]

As a final comment I note that most of these propositions are fairly directly related to matters that enter more or less directly into cultural evolutionary discussions. Many have to do with the relationship between individuals and groups and the constitution of groups; some directly define cultural evolutionary entities (memes, phenotypic performance); and some are related to the origins of musical culture. I didn’t have that in mind when I wrote the book; in fact I would have liked to have been able to have such propositions for every topic. It just happened.