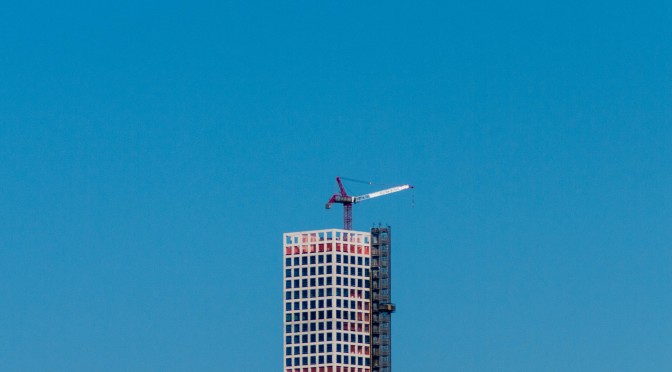 In the waning years of the previous century an online journal for serious work in cultural evolution was established: Journal of Memetics – Evolutionary Models of Information Transmission. The first issue came out in 1997 and the last in 2005. The journal closed for lack of interest; it wasn’t getting enough high-quality submissions.

In the last issue one of the editors, Bruce Edmonds, published a short swansong, The revealed poverty of the gene-meme analogy – why memetics per se has failed to produce substantive results. Those remarks remain valid today, a decade later. Edmonds made a careful distinction

between what might be called the “broad” and the “narrow” approaches to memetics. The former, broad, approach involves modelling communication or other social phenomena using approaches which are evolutionary in structure. Work within this approach is often done without appealing to “memes” or “memetics” since it can be easily accommodated within other frameworks. In other words, it does not require an analogy with genetics. The later, narrow, sense involves a closer analogy between genes and memes – not necessarily 100% direct, but sufficiently direct so as to justify the epithet of “memetics”. What has failed is the narrow approach – that of memetics. Work continues within the broad approach, albeit under other names, and in other journals.

Work on culture that is broadly cultural in nature continues today and, with the proliferation of “big data” approaches to research in the social sciences and humanities will likely grow in the future. This work requires that we count and classify things but, as Edmonds has said, it doesn’t require that we conceptualize them as cultural genes. This work can in fact be empirical in nature with no particular theoretical commitments to specific causal models.

Edmonds goes on the point out that much of memetics is mere redescription: “The ability to think of some phenomena in a particular way (or describe it using a certain framework), does not mean that the phenomena has those properties in any significant sense.” He further notes that

The study of memetics has been characterised by theoretical discussion of extreme abstraction and over ambition. Thus for example, before any evidence is available or detailed causal models constructed, attempts have been made to “explain” some immensely complex phenomena such as religion in general or consciousness.

Frankly, memetics, both in its pop versions and more serious academic versions, has the feel of an intellectual get-rich quick scheme. Just get the definition right, stick to it, and untold intellectual riches will be ours.

I note, however, that the sense of breathless elation and wonderful revelation seemed refreshingly absent from the recent workshop that Daniel Dennett hosted at the Santa Fe Institute. I mention this because Dennett, who is a serious academic, has in the past been an enthusiastic booster of memetics, as has Susan Blackmore, who was also at the workshop. Dennett, after all, is one of those who saw memetics as an explanation for religion.

So What? Getting from There to Here

But why go over this territory once again? Mostly because I’m trying to figure out what, if anything, to do next. That in turn requires getting a sense of where we are now.

In particular, now that I feel that, at long last, I’m beginning to get a handle on the micro-scale phenomena of cultural evolution, what happens within and between human brains, I’m also wondering: So What? What I’m thinking is that now we’ve got to wipe the slate clean, as it were, and start over again from the beginning. And this time, maybe, if we’re careful, we’ll get somewhere.

When Dawkins started this particular ball rolling back in 1976 he did so as a biologist with little or no specialized knowledge about human culture, psychology, or communication. He just set up an analogy between biological evolution and cultural process and things took off from there. And, as Edmonds pointed out, much of the thinking never really strayed far from working out the analogy through redescription. It’s the redescriptive effort that’s died.

If that body of thought were adequate to cultural phenomena, then the analogical effort would have been more successful. But it’s more than that. The conceptual inadequacy isn’t simply or merely in biology; it’s across the board. Human culture is about ideas, things in people’s minds, and we’re just barely getting conceptual purchase on ideas and their physical expression.

Meanwhile, sure, cultural evolution, why not? But what problems are we trying to solve though recourse to evolutionary thinking? Sure, we’re trying to understand how cultural arises, functions, and changes in terms of thousands of interactions among thousands of individuals over decades, centuries, and millennia. And we’re trying to think things through in those terms, individual humans and individual interactions. That’s a very tricky business. And to make it all work, we’re going to have to think it through in neural terms, a job I began in Beethoven’s Anvil. How to we think of collectivities of interacting nervous systems?

As far as I can tell memetics has had, as its fundamental theoretical image, that of sending messages through a tube from one individual to another, from one generation to another. To be sure, no one ever explicitly talks that way, but that’s the driving notion. We’ve got Big Things, human beings, sending Little Things, memes, information, to other Big Things (through virtual tubes). [See “Information WTF 2: The Candy Itself” in my working paper, Cultural Evolution, Memes, and the Trouble with Dan Dennett.]

We need a different foundational conception and I’m not sure what it is. The thing about Big Things sending Little Things through tubes is that it’s a one-way process. What we need to think about is how is it possible to re-create an interactive process at different times and places. What’s going on in an interactive process such that those elements can be repeated on other occasions by other actors?

This is vague, I know, but it’s where I am at the moment. These days I’ve been thinking about two situations.

One is a story-telling session in a preliterate culture, such as the Winnebago in Paul Radin’s classic study, The Trickster. The story is one that everyone knows, as they’ve heard it many times before. The story-teller specializes in telling stories and is authorized by the group to tell these stories. What has to be the case so that when the same person tells the same story on another occasion people recognized the story as being the same and they are satisfied with it? Note that the story will not be the same word-for-word. Furthermore, the story-teller will be aware of and responsive to signals of approval, delight, disapproval, and so forth, from the audience. Aside from the fact that most audience members are not authorized to tell the sacred stories, they couldn’t do a very good job if they tried. It is one thing to understand and respond to a story that is being told; it is another thing to tell the story.

That is obviously a very complicated situation. But it’s one that’s been studied in various ways as well. We do know something about how such things work.

The other situation is an ordinary conversation between friends and associates. The conversation doesn’t involve any words or concepts that are new to anyone participating in it. How is it that they can understand one another? And how is it that the words used in such conversations can be used reliably in a variety of different contexts.

We know quite a bit about this kind of situation as well.

2 thoughts on “Memetics is Dead but What’s the Study of Cultural Evolution Otherwise About?”