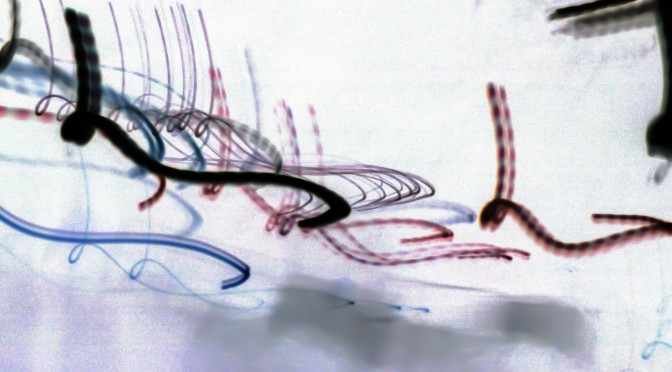 A: Because it is daft.

I believe there are two answers to that question. For most people it’s convenient. That requires one explanation, which I’ll run through first.

For some people, however, memetics is more than convenient. Some, including Dawkins himself and his philosophical acolyte, Dan Dennett, use it as a way of explaining religion. In that role the meme idea is attractive because it is, or has evolved into, an egregiously bad idea, one almost as irrational as the religious ideas whose popularity it is supposed to explain away. By analogy to an argument Dawkins himself has made about religion, that makes memetics the perfect vehicle for the affirmation of materialist faith.

But I don’t want to go there yet. Let’s work into it.

When Dawkins first proposed the idea in The Selfish Gene (1976), it wasn’t a bad idea—nor even a new one. Ted Cloak, among others, got there first, but not with the catchy name. Having worked hard to conceptualize the gene as a replicator, Dawkins was looking for  another set of examples. and coined the term “meme” as a replicator for culture. The word, and the idea, caught on and soon talk of memes was flying all over the place.

I suspect that the spread of computer technology is partially responsible for the cultural climate in which the meme idea found a home. Computers ‘level’ everything into bits: words, pictures, videos, numbers, computer programs of all kinds, simulations of explosions, traffic flow, moon landings, everything becomes bits: bits, bits, and more bits. The meme concept simply ‘levels’ all of culture—songs, recipes, costumes, paintings, hazing rituals, etc.—into the uniform substance of memes.

What is culture? Memes.

Simple and useful. As long as you don’t try to push it very far.

In his original exposition Dawkins was a bit equivocal as to whether or not memes existed inside the brain or outside in the external world. Thus at one point he refers to one copy ‘Auld Lang Syne’ existing in his brain and other copies existing in a song book (p. 194). This issue became a matter of debate among the relatively small community of thinkers who were attempting to develop an intellectually rigorous theory of cultural evolution. Some of us were known as externalists while others were internalists.

I was and am an externalist. I’ve stated my position at length in two papers published in the mid-1990s (Culture as an Evolutionary Arena and Culture’s Evolutionary Landscape) and more recently in an extensive series of notes, The Evolution of Human Culture. I have no intention of rehearsing those arguments here. But I want to make one point, and that is about human language.

Why Memes Cannot Flit from Brain to Brain

The arbitrary relationship between the signifier (a word’s sound or visible appearance in print or gesture) and the signified (a word’s meaning) is thus effectively an uncrossable barrier between what’s inside people’s heads and what’s outside in the physical world. There is no way that memes can hitch a ride on language and thereby move from one brain to another. Images aren’t much better. A man nailed to a cross is visible to all, but you need language to convey the idea that one particular man who was nailed to a cross is a divine being.

But that’s what Dawkins and Dennett and their followers want of memes. They talk of them as homuncular beings that live inside people’s heads and move about from one person to another, taking root in brain after brain. Memes, like Dawkinsian ‘selfish’ genes, have their own interests which are independent of the interests of their hosts. People become possessed by memes and memes guide their behavior. In particular, religious memes take over a mind and cause the person to believe irrational ideas and to engage in activity that is often against the person’s own self interest. But it’s in the interest of the memes, who care only to spread from person to person.

Now, when Dawkins talks of selfish genes and of genes having interests of their own, he’s being metaphorical, and he knows that. But he also knows how to cash out the metaphors in the technical language of molecular biology and genetics, as do many other people. So the metaphorical talk is a convenient shorthand that can be dropped whenever precision is needed.

Not so the homuncular meme. It too is tricked out in metaphorical language. But no one knows how to cash the metaphor out in the language of neuroscience or cognitive psychology.

Dawkins has suggested computer viruses as an analogy (Viruses of the Mind, 1991). But those viruses do not spontaneously arise in an ecology of communicating computers. They’re designed by programmers living outside the ecology, programmers who understand how computers work and who use their design knowledge to design and code viruses which they then insert, from ‘above’ (in effect using Dennettian skyhook cranes), into the computer ecology. In the case of memes there is no such designer outside the system, unless, perhaps, you were to designate a god as the designer. And that is exactly what Dawkins does not want to do. The computer virus analogy is thus an utter failure.

Faith of Our Fathers: We Believe Because it is Absurd

And that, I’m arguing, is what makes it so very attractive as an account of human thought and culture and of religion in particular. That and one other thing: It’s lodged firmly in a reductionalist and materialist ontology. The point of memetics is that it does not require some mysterious mind stuff nor any spooky spirit beings. It’s all made of good old familiar atoms and energy. Nothing more.

In theory, of course, in terms of intellectual commitment. In terms of achieved intellectual demonstration memetics is, as I’ve argued, a mess. Hence, by an argument Dawkins makes about religion, that makes memetics the perfect vehicle for the affirmation of materialist faith.

Here’s one of the arguments Dawkins makes about religion in Viruses of the Mind. After developing the meme idea by analogy with computer viruses, he does a bit of this this and that. Then he introduce Zahavi’s handicap principle from evolutionary biology, for which the peacock’s tail is a paradigmatic example. The male’s tail is flamboyantly visible, large, and relatively heavy. It increases the male’s vulnerability to predation and thereby serves the male as a way of advertising its fitness to females. A male who can survive and thrive with THAT burden must be fit indeed.

Here’s how Dawkins applies the handicap principle to religion:

The premise of Zahavi’s idea is that natural selection will favor skepticism among females (or among recipients of advertising messages generally). The only way for a male (or any advertiser) to authenticate his boast of strength (quality, or whatever is is) is to prove that it is true by shouldering a truly costly handicap — a handicap that only a genuinely strong (high quality, etc.) male could bear. It may be called the principle of costly authentication. And now to the point. Is it possible that some religious doctrines are favored not in spite of being ridiculous but precisely because they are ridiculous? Any wimp in religion could believe that bread symbolically represents the body of Christ, but it takes a real, red-blooded Catholic to believe something as daft as the transubstantiation. If you believe that you can believe anything, and (witness the story of Doubting Thomas) these people are trained to see that as a virtue.

Let me translate that last sentence:

Any materialist wimp could believe that brains really represent visual objects, but it takes a real, red-blooded Reductionist to believe something as daft as memes flitting about from brain to brain. If you believe that you can believe anything, and (witness their faith in the coming singularity) these people are trained to see that as a virtue.

So, why are these folks allowed to get away with this nonsense? On the one hand, we have no widely affirmed model of human belief, thought, and communication. We have lots of competing models and theories, many of which provide non-trivial accounts of some aspect of human mental and cultural life. But none of them are comprehensive and none is head and shoulders above the others.

In that context memetics is just another idea. It may be a bit crazy, but then the idea that finally works is likely to be one that would seem a bit crazy to us here and now. Obviously we do think and communicate, ideas and practices sometimes do spread like wildfire, and religion is ubiquitous and powerful. There has to be some explanation for this.

Here’s a favorite dodge: Maybe this crazy memetics idea will somehow work out. Darwin didn’t know about genes, and look what happened with his idea. It worked out, didn’t it? Well, maybe memetics will too.

So, it’s easy for memetics to get its foot in the door. Once in, it reveals itself as the perfect vehicle for affirming materialism, and especially against religion.

Signed, sealed and delivered, you’re ours!