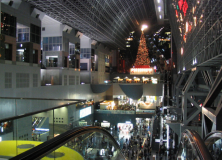 McCrohon argues that In a similar way, the explanation of the linguistic borrowing hierarchy might also reflect the increasing constraints on how a word can be used.  For instance, most nouns can be substituted by other nouns, while prepositions are highly restricted by context or domain.  Also, language-interal change might be affected by these restrictions.  Even if there is a more effective form than in the existing system, removing one form might have knock-on consequences for the whole system.  This inter-connectedness could have implications for how languages are likely to change.

Furthermore, this model might predict that words are equally likely to be selected for borrowing, but only certain types have a good likelihood of being successfully borrowed.  However, a commenter wondered about words that are borrowed to fill conceptual gaps such as new technologies.  Still, an interesting analogy between problems in biology and problems in linguistics.  And McCrohon is confident that his studies will also have something to give back to the biology community by studying how this problem applies to linguistics.