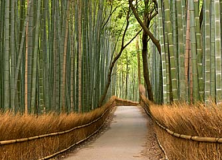 Cedric Boeckx gave a remarkable plenary which tried to pull together the fields of cultural language evolution and biolinguistics, with surprising concessions on either side.  Boeckx started from a relatively uncontroversial part of Chomsky’s claim:  That aspects of language can be studied scientifically as part of biology.  However, Boeckx noted that Luria in 1976 was confident that ‘within a few years’ linguists would be interfacing with and contributing to findings from biology.  However, formal syntax has failed to carry out the biological commitment, and Boeckx wonders why linguists don’t have more to say about, for instance, the recent developments in the study of FOXP2.

Boeckx outlined his own position as minimalist, in the sense that a fully specified UG is not plausible.  We need to realise that biology is complex, and move beyond the classical model of Broca and Wernicke’s area as dedicated centers of language.  Also, Boeckx urged the audience to forget about the FLN/FLB distinction, since from a biological viewpoint this view is misleading:  Genes build neural structures, not behaviour (although linguists should note the richness of the range of aspects now thought to be part of FLB).

Instead, Boeckx suggests that the subject of study should be a set of formal properties.  Boeckx suggested the following, while emphasising that the particular terms were not important and it is just the concepts that he would focus on:

These specify a minimal specification of universal grammar for which might realistically find biological explanations.  Boeckx sees no problem with the idea that we share some of these abilities with animals.  An even bigger concession is that he believes that the particular structures of language (e.g. word order or pro-drop) can be explained by cultural evolution i.e. grammaticalism.  The minimal specifications are weak biases, but we need a cultural explanation.

Boeckx went on to suggest how the biological underpinnings of the minimal specification might be approached.  He promoted the concept of the ‘Global workspace’ as used by Dehanene and colleagues.  This approach suggests that cross-modular computation is the key to human cognition.  It focuses on distributed networks of neurons with long-distance connections which allow different modules of the brain to interact.  Humans are particularly good at integrating concepts across perceptual modalities or time.  Boeckx suggests that this ability is the biological basis for the edge property.  It allows different perceptions to be treated in such a way that they can be combined.  I was put in mind of synaesthesia and the work of Chrissy Cuskley on synaesthesia and language evolution.

Boeckx went on to suggest that the thalmus could act as a regulator of information exchange in this global workspace and cited some studies showing that it is sensitive to syntax and semantics, but not phonology.  The thalmus is ideally placed – right at the center of the brain.  Boeckx also suggested that humans have evolved to have a more regularly spherical brain, facilitating this workspace by placing the thalmus equidistantly from all brain areas (suggesting that earlier ancestors of modern humans had a more elongated brain).  However, he was skeptical that we could ever know if this was an adaptation for language.

This integrative approach is in close alignment with proponents of cultural evolution such as Simon Kirby, who sees the structure of langauge as emerging from cultural transmission, but biology as proving the platform for cultural transmission.  Boeckx’s approach differs a great deal to that of Massimo Piattelli-Palmarini, whose talk essentially told cultural evolutionists that they were wrong and should stop researching explanations that could not be true.  However, one commenter wondered if Boeckx’s concessions were a dangerous form of moderate liberalism – these arguments might leave both the cultural camp and the formalist camp believing that there is no conflict and actually lead to further isolation.  However, I welcome this impressive synthesis and hope that it’ll raise the profile of cultural transmission in the evolution of language.