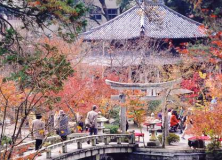 Andrew Smith asks what are Darwinian linguistic replicators.  He starts with Croft’s conception of the lingueme.  Croft says that linguemes are external manifestations: utterances including their full context.  However, this might mean that they are not observable, since we can’t observe the full context of an utterance nor the speaker’s intention.  Furthermore, this ignores the fact that meanings are different for each hearer.  So linguemes cannot be observed on the hearer’s side either.  Nikolas Ritt’s conceptualisation of the lingueme suggests that it is an entirely internal entity.  However, this means that we can’t observe the lingueme at all.  Furthermore, it ignores the fact that langauge is ostensive and inferential.  Smith advocates a view stronger than Mufwene’s position that meanings are re-constructed in the minds of hearers:  Hearers build their own knowledge and infer the meaning of speakers – this is a far remove from replicating anything in the speaker’s mind.   So the lingueme does not replicate faithfully.  In fact, we should not expect the lingueme to replicate faithfully, but be on the opposite side of the continuum to replicators.

Smith concluded with the paradox that linguemes must contain some aspect of meaning, but meaning is individual and not observable.

Smith pointed out that some priming effects demonstrated that people can re-create speaker’s individual voices in their minds, so would this count as faithful replication.  Smith replied that we shouldn’t expect linguistic replicators to be faithfully transmitted.

Luke McCrohan later suggested that perhaps you could have replication of a communicative event- that is, the lingueme is both the speaker’s intention and the hearer’s inference and the external form.

This was a refreshing and no-nonsense take on the linguistic replicator question.  But whatever the right answer, it demonstrates that evolutionary linguists are still struggling to reconcile language in the individual and language in the environment.  Nowhere is this clearer than in models, where typically addressing one aspect compromises the other.

6 thoughts on “Evolang coverage: Andrew Smith: Linguistic replicators are not observable, nor replicators”