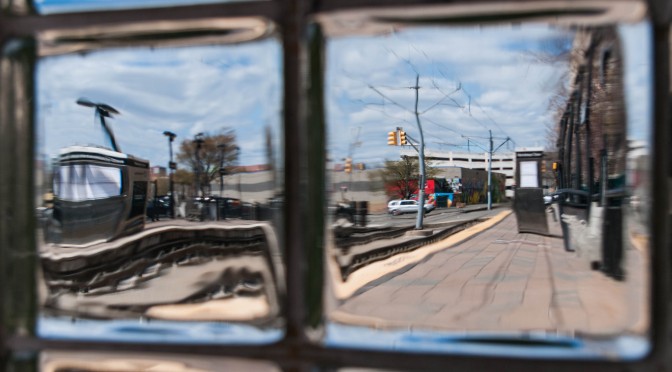 It’s clear that one problem I have with Dennett’s memetics is this his conception face-to-face mechanisms of cultural evolution – like the transfer of information from one computer to another – seems rather thin, unrealistically so. I tend to think that meaning is something arrived at through negotiation whereas Dennett writes as though one-shot one-way ‘information transfer’ is sufficient to the process.

I want to present some passages from David Rubin, Memory in Oral Tradition: The Cognitive Psychology of Epic, Ballads, and Counting-out Rhymes (Oxford UP 1995) that I think merit close consideration. These are passages about oral epic and so are relevant to thinking about folktales, myth and such, stories that are held in memory and delivered to an audience without benefit of written prompt. One thing we need to keep in mind is that, in oral culture, the notion of faithful repetition is not the same as it is in literate culture. In the literate world repetition means word-for-word. In oral cultures it does not. A faithful recounting of a story is one where the same characters are involved in the same (major) incidents in (pretty much) the same order. Word-for-word recounting is not required; in fact, such a notion is all but meaningless. With no written (or otherwise recorded) verification, how do you tell?

Avdo Medjedovic was the best singer recorded by Lord and Parry. An example of his learning a new song provides insights into what it is that the poetic-language learner must learn about his genre (Lord, 1960; Lord & Bynum, 1974). A singer sang a song of 2,294 lines that Avdo Medjedovic had never heard before. When the song was finished, Avdo Medjedovic was asked if he could sing the same song. He did, only now the song was 6,313 lines long. The basic story line remained the same, but, to use Lord’s description, “the song lengthened, the ornamentation and richness accumulated, and the human touches of character, touches that distinguish Avdo Medjedovic from other singers, imparted a depth of feeling that had been missing” (p. 78). Avdo Medjedovic’s song retold the same story in his own words, much as subjects in a psychology experiment would retell a story from a genre with which they were familiar, but Avdo Medjedovic’s own words were poetic language and his story was a song of high artistic quality. Although the particular words changed, the words added were all traditional; and so the stability of the tradition, if not the stability of the words of a particular telling of a story, was ensured.

Several aspects of this feat are of interest. First, the song was composed without preparation and sung at great speed. There was no time for preparation before the 6,313 lines were sung, and once the song began, the rhythm allowed little time for Avdo Medjedovic to stop and collect his thoughts. Such a feat implies a well-organized memory and the equivalent of an efficient set of rules for production. Second, the song expanded yet remained traditional in style, demonstrating that more than a particular song was being recalled. Rather, rules or parts drawn from other songs were being used. Third, although Avdo Medjedovic was creative by any standards, he was not trying to create a novel song; he believed that he was telling a true story just the way he had heard it, though perhaps a little better. To do otherwise would be to distort history.

So, an expert listens to a story than runs to 2,294 lines and then immediately repeats it back, but embellished to 6,313. Would he be able to do the same thing the next day or ten days or a year later? Probably.

Whatever is going on, it’s clear that Medjedovic didn’t have to pick up 2000 lines worth of ‘information’ from the singer (that is, the story teller; we’re dealing with a tradition where stories are sung). As an expert in the tradition Medjedovic had a rich stock of topes and phrases thoroughly committed to memory. All he needed to pick up from the tale was the list of characters and incidents. He could then construct his version using the materials he’d already committed to memory.

I wouldn’t expect Dennett to have any problems with that example. But I can’t guess at what he’d think of this next passage, which is more subtle It shows that, in a sense, teller needs to recite the tale, not simply for an audience, but for himself (p. 190):

A third case of needing a running start in an oral tradition comes from Bruce Kapferer’s attempts to obtain information from exorcists in Sri Lanka:

I have always had trouble collecting extensive myth material. My method is usually to sit down with specialists and ask them to give me myth narratives of such and such a demon. Numbers of specialists will give this information in narrative form, highly variable and always lacking the details. But some of my informants insisted that I should seek out mantra karaya (mantra makers). These specialists compose different verse forms such as mantra, which are mixed language forms, or kavi, which are usually in vernacular but archaic. These verse forms have a defined metrical pattern.

So I would approach a specialist, ask for the myth of a particular demon (always an origin myth), and they would respond. “Well, the exact details are in such and such kavi, stotra, etc. I will sing it and you tell me when the demon you want has his name mentioned. Then I will go slow so that you can put it onto your tape recorder.”

And this is how I proceeded. The myth information was effectively stored in song and then the “file” is opened and the data flow. (Personal communication, November 1991)

The serial-recall cue-item-discriminability process, then, requires the cues that appear only as the song is sung. The running start is needed, and the information is available only when it comes around.

In this case we have singers who cannot simply call up a given item at will. When such information is ‘stored’ in a certain oral text, that oral text must be re-created starting from the beginning. Such a recitation is not simply an externalization of a string of ‘information’ that could, in principle, be examined without speech. Rather, the ‘information’ can only be reconstructed through the process of singing the text. There is thus a sense in which the singer is performing the text as much for himself as for an audience. The verbal recitation is the basic form taken by the information and is not a mere externalization of some mental representation.

My own position, of course, is that the genetic elements of culture – which Dennett calls memes and which I’ve recently been calling coordinators – are properties of physical phenomena in the public sphere. In this case it’s the word forms, the physical sounds, that play the genetic role. They provide a means of communicating with others but also, and crucially, they are internal to the mechanism by which the story is held in the mind.