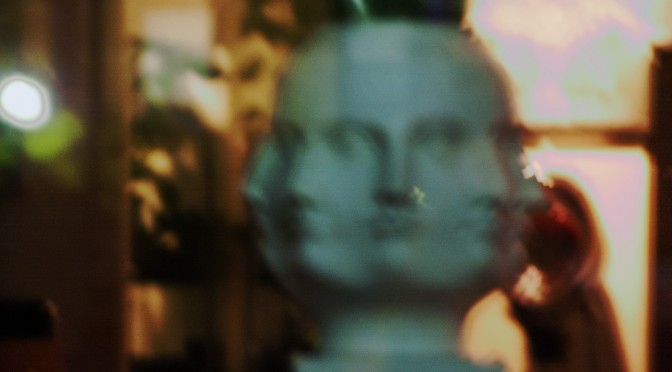 It wasn’t a matter of deep and well-thought princple. It was simpler than that. Chomsky’s approach to linguistics didn’t have the tools I was looking for. Let me explain.

Dan Everett’s kicked off two discussions on Facebook about Chomksy. This one takes Christina Behme’s recent review article, A ‘Galilean’ science of language, as its starting point. And this one’s about nativism, sparked by Vyv Evans’ The Language Myth.

I learned about Chomsky during my second year as an undergraduate at Johns Hopkins. I took a course in psycholinguistics taught by James Deese, known for his empirical work on word associations. We read and wrote summaries of classic articles, including Lee’s review of Syntactic Structures and Chomsky’s review of Skinner’s Verbal Behavior. My summary of one of them, I forget which, prompted Deese to remark that my summary was an “unnecessarily original” recasting of my argument.

That’s how I worked. I tried to get inside the author’s argument and then to restate it in my own words.

In any event I was hooked. But Hopkins didn’t have any courses in linguistics let alone a linguistics department. So I had to pursue Chomsky and related thinkers on my own. Which I did over the next few years. I read Aspects, Syntatic Structures, Sound Patterns of English (well, more like I read at that one), Lenneberg’s superb book on biological foundations (with an appendix by Chomsky), found my way to generative semantics, and other stuff. By the time I headed off to graduate school in English at the State University of New York at Buffalo I was mostly interested in that other stuff.

So that other stuff looked more promising. Somehow I’d found my way to Syd Lamb’s stratificational linguistics. I liked that for the diagrams, as I think diagrammatically, and for the elegance. Lamb used the same vocabulary of structural elements to deal with phonology, morphology, and syntax. That made sense to me. And the s work within his system actually looked like semantics, rather than souped up syntax, though there wasn’t enough of it.

A remark in Karl Pribram’s Languages of the Brain led to me Ross Quillian’s early work on semantic nets. That’s more like it. By the time I headed off to Buffalo I’d pretty much abandoned generative grammar, mostly because it didn’t have an interesting semantics.

But shortly before I left Hopkins I read an article in Linguistic Inquiry that went like this:

The early GG days were exciting and we were thinking of doing grammars of whole languages. Then things got tough and started falling apart. Now we’ve broken into several schools of thought and we’ve pretty much given up on doing complete grammars. Now we write about fragments of grammar with little immediate prospect of assembling complete grammars.

Sounds like the end of the GG program. But no, it’s kept chugging along for the last four decades, spawning schools of thought, but none of them, that I’m aware, approaching a complete grammar of a real language. What keeps the bunny ticking?

As for Buffalo, I found my way to David Hays in the Linguistics department. He had little use for GG, though he he’d been happy enough to hire a generative grammarian or two into the department when he was chair (he’d founded the department). And his objections were well-thought out – he referred by to Hockett’s The State of the Art (1970). We discussed them from time to time. But mostly we talked semantics and cognition, and eventually the brain and cultural evolution.

It’s been awhile since I’ve swum in those waters. But about ten years ago I produced a bunch of notes on what I called attractor nets. I took Lamb’s notation and used it to reconstruct the cognitive networks Hays and his students had developed. This effort was motivated in part by Walter Freeman’s neurobiology; that’s where the attractors come from. I treated the cortex as bunch of neurofunctional areas (NFA) variously linked to subcortical structures and to one another. Each NFA is dynamical system and, as such, has an attractor landscape, as it’s sometimes called. Under load each NFA is driven to one of its attractors.

That’s where Lamb’s notation comes in. Since an NFA can only be in one attractor state at a time, the attractors in its landscape are related to one another through logical OR. The nodes in Lamb’s networks are logical operators over the edges on their input side. So, each NFA is collectively a logical OR over its attractors. And where an NFA receives major inputs from downstream NFAs its attractors will be logical ANDs over those input NFAs.

It’s complicated, and I never really pushed it to the wall, or at any rate, as far as I could. But I’ve produced some interesting, if somewhat cryptic, notes:

The first is a set of heavily notated diagrams while the second a set of notes that includes lots of diagrams. The first contains diagrams that aren’t in the second.

These are a long way from Chomskian linguistics. But that linguistics is one of the things that set me on the path that led to those notes.

3 thoughts on “Why I Abandoned Chomskian Linguistics, with Links to 2 FB Discussions with Dan Everett”