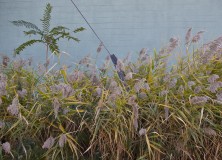 I have now collected a series of posts on William Carlos Williams’ poem, “To a Solitary Disciple”, and associated discussions into a single working paper having the above title. You may download it from my SSRN page.

The abstract is immediately below, followed by the introduction and then the table of contents.

Abstract: In More Than Cool Reason Lakoff and Turner offer a global reading of “To a Solitary Disciple” (by William Carlos Williams) in terms of conceptual metaphor theory (CMT). The reading itself is independent of CMT; any competent literary critic could have done it. Their attempt to explain the relationship between that reading and the poem using CMT is at best problematic and does not seem to be metaphoric as specified by the terms of CMT. Rather, their reading takes the form of little narrative that has the same form as one they attribute to the poem. Beyond the critique of Lakoff and Turner, this paper makes some observations about the poem and suggests that it has a ring form: A, B, C, D, C’, B’, A’. Two sentences by Hemingway and a poem by Dylan Thomas are discussed in counterpoint with “To a Solitary Disciple.” Two appendices discuss ontological cognition in relation to Williams’ Paterson, Book V and Burton’s Anatomy of Melancholy.

Introduction: The Poverty of Cognitivism for Literary Criticism

This working paper consists of things and stuff. I drafted some drafted over a decade ago and wrote others on the day or on the day before I posted them.

Several things are going on, but the central thread is an examination of the third chapter of George Lakoff and Mark Turner, More Than Cool Reason, which is an analysis of “To a Solitary Disciple” by William Carlos Williams. That book is certainly one of the founding texts of cognitive poetics, which is a major school of thought within a broader engagement between literary criticism and cognitive science. As such, that Lakoff and Turner on Williams is a paradigmatic example in this engagement: If you want to use cognitive metaphor theory in the analysis of literary texts, this is how you do it.

It may very well be a good example of the application of cognitive metaphor theory, but it’s an inadequate example of literary analysis. While I have quite a bit to say about their analysis – in A Leak in Cool Reason, Beyond Metaphor: Pattern Matching, and What’s a Global Reading for Anyhow? – my major argument on this point – that it’s inadequate as literary analysis – is presented in The Disciple Revisited and Revived. There I comment on the poem in some detail, but without bringing any particular body of theoretical material to bear on the text, not their theory, not mine, not anyone else’s. To this I would add my discussions of two sentences from Hemingway’s Death in the Afternoon and of the chiasmus governing Dylan Thomas’ “Author’s Prologue”.

Alas, I do not know how to explain what I found in “To a Solitary Disciple”. Nor do I know of any body of theory that can do so. That is to say, I am unaware of any set of principles of mental functioning that explain why poems are LIKE THAT. They just are. Some of them. This one appears to have ring-form – A, B, C, D, C’, B’, A’. No one knows how to explain them. Maybe one day cognitive science will be up to that task. But it isn’t now.

I have come to believe that what a good critic sees in texts is mostly a function of wide experience. That experience may well begin with tutelage by master critics – I learned from Richard Macksey, Donald Howard, Don Cameron Allen, J. Hillis Miller, Earl Wasserman and, in a sense, Lévi-Strauss, though I never studied or even corresponded with him – but it is a craft that must be developed through use. The more you study texts, the more you learn to see in them. Really see in them, not just project your own fancies.

The emergence of the cognitive sciences in the last four decades does not change that. It just gives critic’s new tools for thinking about what they’ve found. For reasons that I explain in my critique of Lakoff and Turner treatment of the Williams poem, and in the two appendices on ontological cognition, I find cognitive metaphor theory to be a weak source explanation and understanding. At times it feels like they simply take a short general statement, like ‘form is motion’, set it in all capital letters – FORM IS MOTION – and then treat it as a rule of inference in a formal deductive system whose properties they’ve never specified.

It didn’t have to be like that. The basic insight about the pervasiveness of metaphor – in Lakoff and Johnson, Metaphors We Live By – is a profound one and novel. Yes, we’ve all known about metaphor for a long time, but not LIKE THAT. By linking metaphor to the body through what they call image schemas Lakoff and Johnson laid the foundations for a new way of thinking about the mind. As John Sowa said in his review* of Philosophy in the Flesh: “By showing the importance of the human motor and perceptual mechanisms for language understanding, these studies give concrete meaning to the catchphrase embodied mind.” But instead of building on those foundations they’ve chosen to sit on them and chat about the weather.

One doesn’t build a new theory and a new model by gathering hundreds of examples, no matter how fascinating many of those examples may be. Those examples are at best building blocks. One needs blocks to build a cathedral, and mortar, tiles, lumber, glass, metal fittings, and so forth. But one also needs a design and construction techniques. As far as I have been able to tell, those are absent in the cognitive metaphor school.

(I suggest they take a look at Peter Gärdenfors, Conceptual Spaces: The Geometry of Thought, 2000. His treatment of cognitive semantics, pp. 159 ff., places it in conceptual framework that is more interesting that any I’ve in Lakoff, Turner, or their associates.)

Meanwhile we are literary critics and we have texts to examine. Cognitive science can wait.

* John F. Sowa. Review of Philosophy in the Flesh: The embodied mind and its challenge to Western thought. Computational Linguistics, vol. 25, no. 4, December 1999. Online at:
http://www.jfsowa.com/pubs/lakoff.htm

Introduction: The Poverty of Cognitivism for Criticism
The Text: To a Solitary Disciple
A Leak in Cool Reason
Beyond Metaphor: Pattern Matching
Interlude: Two Sentences by Hemingway
What’s a Global Reading for, Anyhow?

Rhyming the Circle
A Note on Method
But Is It Real?
Chiasmatic Pairs Compared

The Disciple Revisited and Revived

Temporal Structure
From the Beginning
Ring Form?
Another Plea for Description

A Note on the Appendices: Ontological Cognition 3
Appendix 1: Ontology Woven in the Text

The Great Chain of Being
Some Latour Litanies in Burton
Recouping Chomsky
Patterson V: Unicorn Tapestries

Appendix 2: The Great Chain of Being as Conceptual Structure