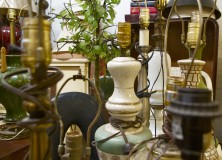 For those interested in the history of modern linguistic theory, Noam Chomsky is a major figure, though one whose influence is rapidly waning. I recommend the recent series of blog posts by Pieter Seuren. I quoted from his first post in Chomsky’s Linguistics, a Passing Fancy?, but you can go directly to Seuren’s first post: Chomsky in Retrospect – 1. What’s particularly interesting to me at this moment is that Chomsky had been associated with machine translation:

While at Harvard during the early 1950s, and later at the MIT department of machine translation, he engaged—as an amateur—in some intensive mathematical work regarding the formal properties of natural language grammars, whereby the notion that a natural language should be seen as a recursively definable infinite set of sentences took a central position. One notable and impressive result of this work was the so-called Chomsky hierarchy of algorithmic grammars, original work indeed, as far as we know, but which has now, unfortunately, lost all relevance..

I of course have known about the Chomsky hierarchy for decades, but hadn’t realized that Chomsky was that close to people actually working in computational linguistics. For Chomsky computation obviously was a purely abstract activity. Real computation, computation that starts somewhere, goes through a succession of states, and then produces a result, that is NEVER an abstract activity. It may be arcane, complex, and almost impossible to follow, but it is always a PHYSICAL process taking place in time and consuming resources (memory space and energy).
That sense of the physical is completely missing in the Chomsky tradition, and in its offshoots – I’m thinking particularly of the Lakoff line of work on embodied cognition. There is embodiment and there is embodiment. It is one thing to assert that the meanings of words and phrases are to be found in human perception and action, which is what Lakoff asserts, and quite something else to figure out how to get a physical device – whether a bunch of cranks and gears, a huge vacuum-tube  based electrical contraption, a modern silicon-based digital computer, or an animal brain – to undertake computation.
But that’s a distraction from the main object of this note, which is to list the further posts in Seuren’s Chomsky retrospect.

Addendum: From one of Seuren’s comments on his first post:

So what we see is that Syntactic Structures (1957) introduced the notion of a generative (i.e. an algorithmic) grammar with (algorithmic) transformations to the general public of linguists, without adequate attribution to Harris’s major role in this respect.

And then there’s this, which I want to pull out for special emphasis:

What stunned the world, as I remember very well, being a budding linguist back in 1957, was the fact that a grammar was seen as a mathematical machine—unheard of in those days, and very exciting.

YES! That’s certainly what I found exciting about generative grammar when I first encountered it in a psycholinguistics class taught by James Deese at Johns Hopkins in the mid-1960s. Deese had us write summaries – one a week – of classic articles. We didn’t read Syntactic Structures, but Lees’ review of it and Chomsky’s review of Skinner’s Verbal Behavior. I worked hard on those two summaries. On one of them Deese remarked that, while it was good work, it was also an “unnecessarily original” restatement of the idea. I took that as high praise. Back to Seuren:

Then came the years between 1957 and 1965, during which period Chomsky published a few more little Mouton books, none of which were very consequential, plus, of course, his 1959 Language article against Skinner. No descriptive work in those publications. But, as I said, Chomsky’s younger followers, such as Paul Postal, Haj Ross, Jim McCawley, Robin Lakoff, George Lakoff, Carl Leroy Baker, to mention only the most prominent ones, were hard at work writing actual grammatical descriptions and analyses. They introduced the rules of Equi-NP-Deletion (what an awkward name!), Subject Raising, Tough-Deletion, etc. When McCawley presented his rule of Predicate Raising, that was rejected by Chomsky, because it doesn’t occur in English (well, actually it does, in the construction “let go”, but Chomsky didn’t know that), and in particular because it was presented in the context of “prelexical syntax”, which Chomsky didn’t want because it smacked too much of generative semantics. That Predicate Raising is fully alive and productive in French, Italian, Dutch, German and a whole lot of other languages (see, for example, my 1972 paper “Predicate Raising in French and sundry languages”, published eventually in my “A View of Language”, OUP 2001) was simply ignored, and is still being ignored by fundamentalist Chomskyans.
Anyway, the actual descriptive work, which is what gave substance to what is often called the “Chomskyan revolution” during the years 1957 to 1965, was due not to Chomsky but to the circle of his followers, most of whom did really brilliant work, which I consider to be of lasting value. But where was Chomsky himself? He came up with his 1965 lame and immature “Aspects of the Theory of Syntax”, which was both descriptively and theoretically inadequate and inconsistent, yet had to be praised as the work of a genius (the first really clear instance of Chomsky posing as beautifully dressed emperor but in fact going about in his underwear, if that). It was not for nothing that he later called this “Aspects” book the “standard theory”! This was the background to Chomsky’s venomous and at the time desperate resistance to what would soon become “Generative Semantics”, which was the work of his followers and which SHOWED THE INADEQUACY OF “ASPECTS”—the worst that could happen. Chomsky had thus simply been overtaken by those who had been doing the real work anyway. The halo was about to be blown away.

But when I published my book Semantic Syntax (Blackwell, Oxford, 1996), it just fell on the dry sand the movement had been buried in. There was not a single reaction from any theoretical  linguist. The only reactions came from computational linguists, who appreciated that this book presented the central elements of fully algorithmical and crucially correct grammars converting well-motivated logico-semantic structures into well-formed surface structures of English, French, Dutch, German, and to some extent also of Turkish.

I have just finished reading my way through all of the posts. Most of the substantive comments on Chomsky’s account of language is in the first and second posts. The comments to the posts are extensive and get deep into the weeds of linguistics infighting over the years. It’s fascinating stuff, especially to me as I’m thinking through the history of literary criticism over the last 50 years. Still, there’s more there than I care to read at the moment. Maybe later.

Addendum 3: An interesting comment by Jan Koster on Chomsky’s biologism:

The point is that whole communities can be wrong and that the consensus of the day can change dramatically, as partially happened to biology during my life time. It shifted from “evolution can make almost anything” (Modern Synthesis) to “evolution can make almost nothing” (as I heard Cambridge paleontologist Simon Conway Morris say during a talk). Similarly, eve-devo has found a much more narrowly constrained genetic “toolbox” than was foreseen by the Modern Synthesis. I don’t see what’s wrong with Chomsky’s belief that said shift confirms his general theory of biological learning processes that a) they are based on selection, and that b) selection theories only escape Empiricism if they assume a narrow hypothesis space. Note that Skinner’s (and Quine’s) behavioristic theory of learning was a biological selection theory, like Darwinism, and with an equally wide open hypothesis space. So, by criticizing Skinner in 1959, Chomsky implicitly criticized Darwinism. In this sense, Chomsky’s stance has been an (important, in my opinion) contribution to theoretical biology all along.

To which Christia B replies:

Agreed, let us judge on a case by case basis. You say “that the consensus of the day … shifted from “evolution can make almost anything” (Modern Synthesis) to “evolution can make almost nothing” (as I heard Cambridge paleontologist Simon Conway Morris say during a talk).” You are right about the first part. But you are quite wrong about the second; there is NO consensus at the moment among evolutionary biologists. Some agree with Morris. Others strongly disagree and hold that the slogan you cite misconstrues what evo-devo is all about. There is also no general consensus about ‘the unit of selection’ or the most important mechanism of evolutionary change. For that reason it is important to present a full picture of competing proposals, not just one’s own pet-theory.

And so it goes.

3 thoughts on “The History of Modern Linguistic Theory: Seuren on Chomsky”