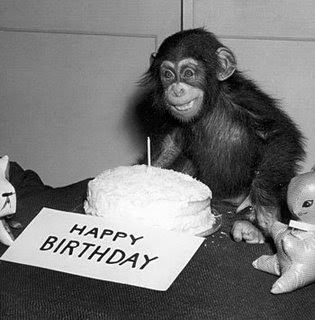 It’s Charles Darwin’s birthday today! He’s 202. So in celebration I’ve written a post on the still ongoing controversy which the theory of evolution by natural selection caused and is causing, specifically with regards to the emergence of human intelligence.

Alfred Russel Wallace is widely seen as the co-discoverer of the theory of evolution by natural selection. While Darwin had been formulating his theory from as early as the late 1830s, he kept quite about it for more than twenty years while he amassed evidence to support it. In 1858 Alfred Russell Wallace, a naturalist of the same time, sent Darwin a letter outlining for him a theory of evolution which very closely mirrored Darwin’s own. The pair co-presented their theory to the Linnaean Society in 1858 but due to Darwin’s long time amassing evidence and refining his ideas, it was his book, On The Origin of Species, which was published in 1859 and set Darwin’s name firmly in the history books as the discoverer of natural selection.

While Wallace’s part in the discovery of natural selection is far from undocumented or unknown, it is largely for presenting ‘the same ideas’ as Darwin for which he is known and what is rarely discussed in the differences in their ideas. In this post I will briefly discuss a new(ish) paper by Steven Pinker on the evolution of human intelligence and some the differences between the thinking of Darwin and Wallace on the subject.

Darwin, unsurprisingly, asserted that the abstract nature of human intelligence can be fully explained by natural selection. In opposition to this Wallace claimed that it was of no use to ancestral humans and therefore could only be explained by intelligent design:

“Natural selection could only have endowed savage man with a brain a few degrees superior to that of an ape, whereas he actually possesses one very little inferior to that of a philosopher.”(Wallace, 1870:343)

Unsurprisingly most scientists these days do not agree with Wallace on either the point that the human brain could not be the result of natural selection or that as a result of this problem it must have been a product of design by a higher being. It would be both dismissive and dull to leave the discussion at that however, which is where Pinker comes in. Despite Wallace’s argument probably coming to the wrong conclusion he does bring up some very interesting questions which need answering, namely that of; “why do humans have the ability to pursue abstract intellectual feats such as science, mathematics, philosophy, and law, given that opportunities to exercise these talents did not exist in the foraging lifestyle in which humans evolved and would not have parlayed themselves into advantages in survival and reproduction even if they did?” (Pinker, 2010:8993)