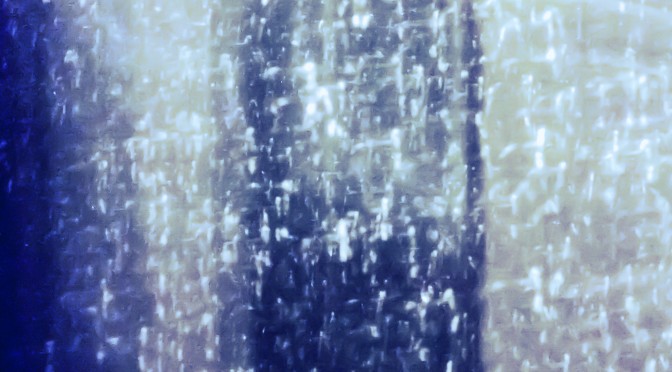 That’s the title of another working paper. You may download it from Academia.edu (HERE) or from Social Science Research Network (HERE).

An entity known as Rhythm Changes is analyzed as a genetic entity in musical culture. Because it functions to coordinate the activities of musicians who are playing together it can be called a coordinator. It is a complex coordinator in that it is organized on five or six levels, each of which contains coordinators that function in other musical contexts. Musicians do not acquire (that is, learn) such a coordinator through “transfer” from one brain to another. Rather, they learn to construct it from publically available performance materials. This particular entity is derived from George Gershwin’s tune “I Got Rhythm” and is the harmonic trajectory of that tune. But it only attained independent musical status after about two decades of performances. Being a coordinator is thus not intrinsic to the entity itself, but is rather a function of how it comes to be used in the musical system. Recent argument suggests that biological genes are like this as well.

Here’s a key sequence of paragraphs:

In the case of music, let me suggest how different musicians understand Rhythm Changes is irrelevant as long as they can stay together while performing together. Charlie Parker’s neural patterns for Rhythm Changes may have been different from Dizzy Gillespie’s or Miles Davis’s or Thelonious Monk’s, but that doesn’t matter as long as they’re together on the bandstand. That is something they can judge perfectly well in performance, as can listeners. The question of how accurately patterns are “transferred” from one brain to another is mistaken.

I’ll go so far as to say that even when a neophyte is learning from a master, there is no transfer of patterns from the master’s brain to the neophyte’s. Rather, as they play together, the neophyte responds to what the master is doing and figures out, in his own (neural) terms, how to match or complement, as the case may be, what the master is playing. The student will make mistakes, the master will make comments, and they’ll try again.

There is no transfer of patterns in the sense that computers can transfer information from one machine to another. We have learning from public models, and we have interplay, negotiation, and mutual adjustment. How individual musicians achieve these results, what goes on in their brains, is a secondary matter. Whatever it is, it isn’t a matter or either sending or receiving information.

These comments are a response to the following article, which was unpublished at the time I read it:

Gil-White, F.J. (2002) Common misunderstandings of memes (and genes): The promise and the limits of the genetic analogy to cultural transmission processes.

In particular, I take as a starting point the section on “Platonic Inferences.” Using the tennis serve of a hypothetical Bob as an example, Gil-White observes:

It makes perfect sense that we infer and abstract an ‘ideal’ serve as Bob’s goal, and then strive for it. For evolution to have designed our social-learning psychology otherwise would not have been adaptive, given that the performances of the people we copy are statistical clouds (cf. Dennett 1995:358; Dawkins 1999:x-xii; Blackmore 1999:51-52; Boyd & Richerson 2000). In a selectionist model it is therefore perfectly valid to define ‘the meme’ as the abstraction for which Bob strives, and to track the population mean as people try to copy this abstraction. . . . However, there is no question that there is an important role here for cognitive psychology and anthropology. We need a better understanding of how the brain decides which aspects of a performance are important and which irrelevant. Understanding such cognitive filters will tell us, for a particular domain, what is the ‘meme’.

I think that this is more or less the case, and that it is consistent with the views I have developed in my book on music (Benzon 2001). I want to explore this notion using a musical example.

I have several reasons for this. In the first place I am a fairly skilled musician and have a great deal of practical experience with the example I’ve chosen, a musical entity known as Rhythm Changes. I know how this entity is used to structure performances, how one learns to use it, and I know something of its history. Furthermore, having written a book on music, one that examines the neuroscience, psychology, anthropology, and history of music, I have a reasonable sense of the broad intellectual environment in which my arguments exist.

There are reasons, moreover, that have to do with the nature of music itself. The example I use is taken from instrumental music; there are no words to worry. That’s important because memetics and memeticists are very concerned about how ideas, practices, attitudes and so forth get from one brain to another. That problem has one form when we are dealing with language, where the relationship between a word’s meaning and its physical form is arbitrary. How a word sounds to the ear or how it looks on the page has little or no bearing on what it means. The meaning is linked to the physical form by largely arbitrary social convention. The neural processes that both produce words through speaking or writing and that perceive them through hearing or vision thus do not thereby indicate what is meant. That is another set of neural processes. One can thus learn to mimic the sounds of a language without actually being able to comprehend or use the language; opera singers do it all the time.

Music is different. The sound is all that there is. When a musician has learned to produces the sounds of Beethoven’s Moonlight Sonata, or a Chopin nocturne, what more is there? Music is fully mimetic, if you will, in a way that language is not. The downside of this kind of musical example is, of course, that it leaves the problem of meaning untouched. I am willing to defer that problem in the interests of offering a rich example.
As partial compensation for this downside, the musical example I have chosen is not a simple one. I’m not going to be talking about that pesky four-note Beethoven motif that shows up so often in memetics discussions, though I do have a few words about it later on, nor will I be talking about unanalyzed tunes. The example I have chosen is complex.

It is an entity that jazz musicians know as Rhythm Changes. By changes I mean chord changes, the basic harmonic structure of a piece considered as sequence of chords (whatever they are). In this context “Rhythm” designates George Gershwin’s tune, I Got Rhythm. Thus Rhythm Changes is the harmonic pattern Gershwin used for that particular tune. Gershwin’s tune was a smash hit during the 1930s and became a favorite of pop and swing musicians and fans. Jazz musicians, mostly of the bebop era (from roughly the early 1940s through the 1950s), have abstracted the changes from the tune and written new tunes for them, and then have based innumerable performances on these various tunes. Rhythm Changes are thus well known and readily identifiable within the jazz world.

Rhythm Changes is not a simple entity. It can be divided into parts at five or six levels depending on how you do it. The lower level entities are each constructed on standard patterns that are used in other tunes. Moreover it is a rather abstract entity. Unlike that four-note Beethoven motif, you can’t “point” to rhythm changes in an easy way. It’s not something you can hum, though you can hum any number of musical lines that conform to rhythm changes. It is not a trivial take-it-or-leave-it example. It has substantial internal structure that we can and will examine. Learning to identify it takes time and concerted effort. Learning to make your own music from Rhythm Changes takes considerably more time and effort.

Finally, I need to say a bit about my terminology. When I originally drafted these remarks I was using “meme” as my term for the genetic entity in cultural evolution. I have recently changed my terminology, using the term “coordinator” instead. In the case of music the term “coordinator” is particularly well-suited for designating “which aspects of a performance are important” for it is those aspects that allow musicians to coordinate their interactions with one another in real time. Though it creates a bit of awkwardness here and there, I’ve tried to use my current terminology when referring to my own usage but have used “meme” where that is the term used by others.