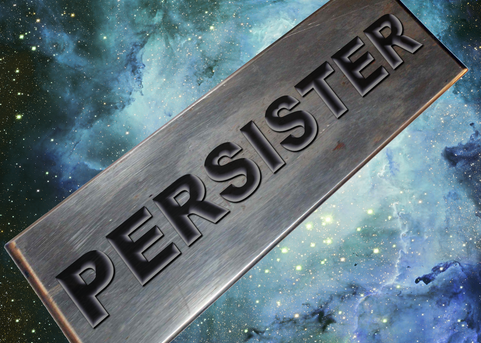 Someone has written a sci-fi space opera about a serial killer that targets researchers of cultural evolution which is also a satire on the state of academic funding systems.

That’s quite an action-packed sentence.

Persister: Space Funding Crisis I by Casey Hattrey is a short novel set in the 45th century about a cultural evolution researcher named Arianne. By this point, the decision process for academic funding takes so long that the only sensible option is to cryogenetically freeze yourself while you wait for the decision to come in. The cost of this, and the fierce competition for funding in a pan-galactic community, has made the Central Academic Funding Council Administration the most powerful force in the galaxy. Now, Arianne has been woken from chryo-sleep, not to be given a grant, but to investigate a series of gruesome murders. Someone has been killing the top researchers in the field of cultural evolution. 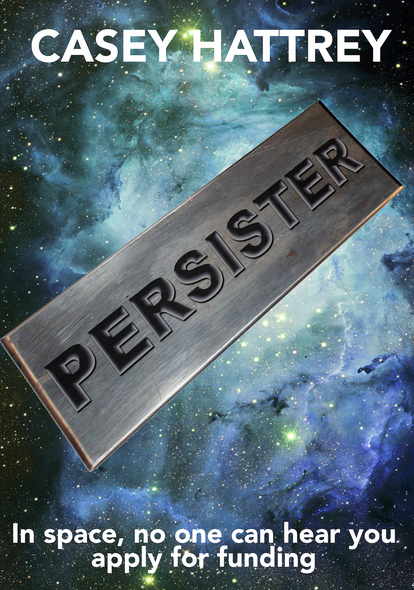 It has to be said, this isn’t a very good book (something the author has acknowledged to some extent by making it free). The model is a mix of utopian sci-fi (e.g. Iain M. Banks) and the satire of Douglas Adams. It misses its mark by a wide margin (as one reviewer has put it, it is “too centered on academics to be believable”), but manages some grim humour as various victims are killed by iterated learning or Bayesian phylogenetics.

Still, there isn’t exactly a massive amount of choice in the cultural evolution sci-fi canon. Also, it has some interesting ideas.

The first is that linguistic diversity has exploded due to translation technology.  When everything can be instantly translated, why learn a global lingua franca?  This appears to be an idea borrowed from Language Evolution’s other sci-fi story Desperanto by Jim Hurford. In Persister, this has lead to a lot of problems. Messages take so long to travel from one side of the galaxy to the other that the sender and receiver no longer share a common language. Even when direct translations are possible, it’s very difficult to tell what someone mean pragmatically without also knowing a lot about their culture.

Another idea is that the ‘merge’ gene will be discovered and verified, but won’t actually tell us anything about language evolution. In the book, a whole cottage industry has emerged trying to cause language to emerge in other species who have the merge gene spliced in. As well as exploring what makes cultural evolution possible, the book also asks what it would take to make culture stop evolving, since it’s a nuisance in a galactic empire.

There are also some thoughts on how culture will evolve. For example, it predicts that direct brain-to-machine interfaces will be absent in the future, not because they’re technically impossible, but because the technology keeps getting overwhelmed by advertising. Also, there will be a pan-galactic school syllabus to give people some common ground, consisting of 21th century television series, meaning that everyone in the galaxy has seen all four series of Firefly.

Throughout the book, there are little predictions about funding: academics will float their affiliations on a stock market; research will be done in secret before it is funded; academics will spend more time on applying for funding than actual research; there will be grants to fund grant-writing grants; the competition for grant funding will lead to threats and vendettas; concerns over funding will dictate what is researched; rouge researchers will conduct research outside of academic institutions.

Some of these situations are already present (see the links above), and real life is sometimes stranger than fiction. For example, this year 25 universities in the UK claimed to be in the top 3 REF-rated institutions.

This isn’t the first satirical fiction about linguistics. The Speculative Grammarian, as well as monthly satirical articles, has a range of books, including a Primer in SF Xenolinguistics.

But who is Casey Hattrey?  Why did they write this awful book?  Will there be a sequel, as suggested by the index in the title?  Will anyone else read it?  Probably not.

Persister is free to download in a variety of formats:

1 thought on “Persister: A sci-fi novel about cultural evolution and academic funding”