Experimental studies (e.g. Jones & Munhall 2000) indicate that humans monitor their own speech through hearing in order to maintain accurate vocal articulation throughout the lifespan. Similarly, songbirds not only rely on song input from tutors and conspecifics in the early stages of song development, but also on the ability to hear and detect production errors in their own song and adjust it accordingly with reference to an internal ‘sensory target’ following the initial song learning phase.

This phenomenon also extends to ‘closed-ended learners’  – birds who do not acquire novel song elements after an initial learning period, but who still demonstrate song variability in adulthood. Experimental studies have shown that in such species, vocal learning is more prolonged and fundamental to song production than originally thought. For example, Okanoya and Yamaguchi (1997) showed that afflicted deafening in adult Bengalese Finches resulted in the production of abnormal song syntax in a matter of days. This is parallel to the human condition whereby linguistic fidelity, particularly with regards to prosodic aspects such as pitch and intensity, gradually degrades in human adults with postlinguistically acquired auditory impairments.

A more direct demonstration of this process was conducted by Sober and Brainard (2009) using Zebra Finches. Each lucky participant in this study was fitted with a state-of-the-art headset that distorted the auditory feedback they received by altering the fundamental frequency (pitch) of each birds’ own song as it was heard. Birds modified their output in the opposite direction to the feedback as they corrected the perceived errors in their song as imposed by the headsets. 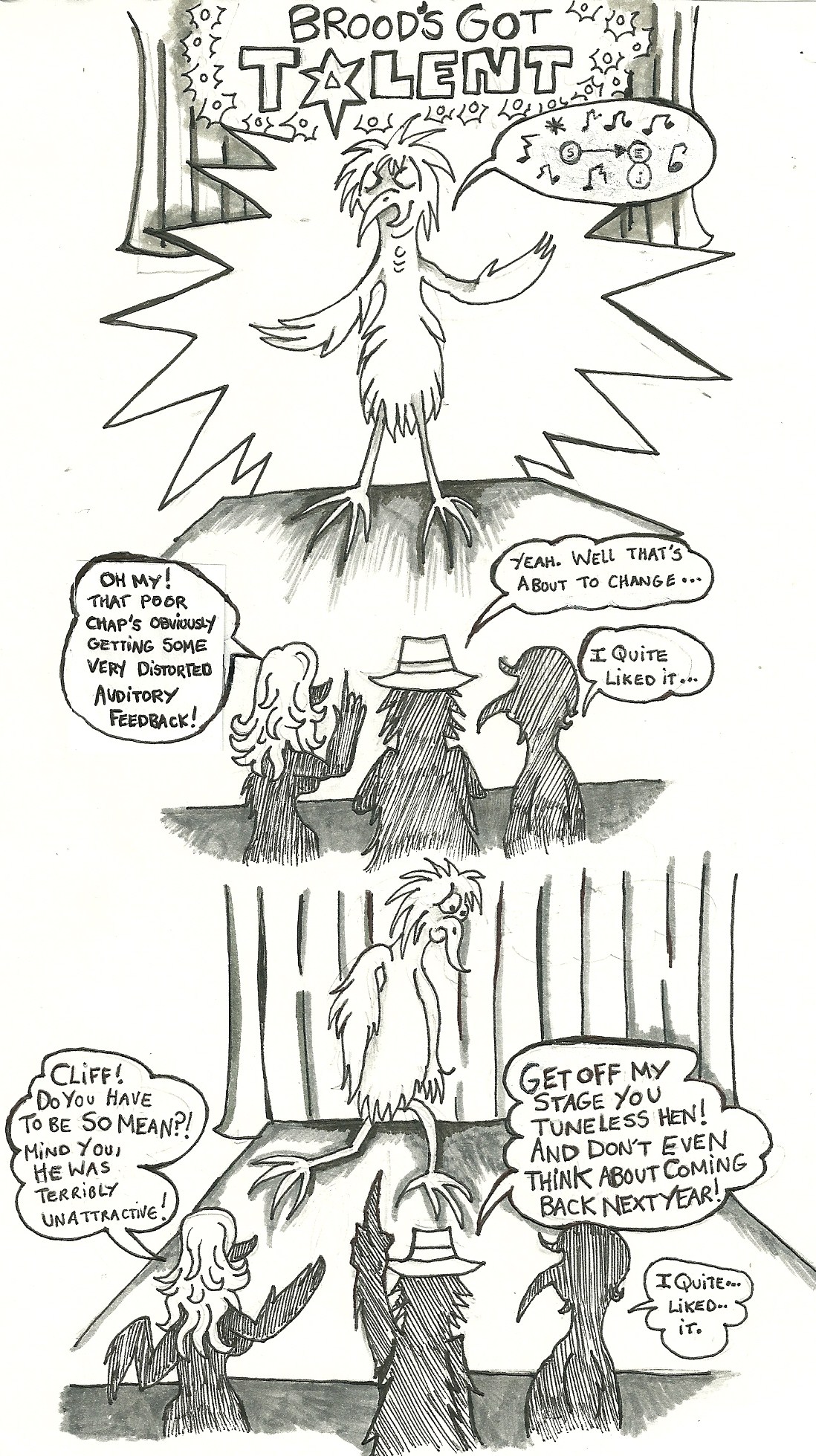 FoxP2: Up and Down

Human FOXP2, a key transcription repressor gene involved in motor control and language articulation, is the linguist’s closest and most forthcoming friend with regards to the genetic underpinnings of language. Studies have shown that FOXP2 expression in neural fetal development is implicated in the formation of brain networks important for the learning and producing of speech sequences and that similarly, high levels of avian FoxP2 are expressed in the avian song system in early song learning phase (for closed-ended learners) or in months where songs show most plasticity (in open-ended learners), suggesting that the gene plays an important role in forging neural circuits necessary for language and song learning.

A number of studies (Teramitsu & White 2006; Miller et al. 2009) found that in adult Zebra Finches, FoxP2 regulation varied according to the social context in which birds sang. When birds directed their song at ‘someone else’ – either females or conspecifics, FoxP2 levels in an important neural song region (Area X) remained stable, where as an acute downregulation of FoxP2 occurred when birds sang ‘to themselves.’ The latter context, referred to as undirected song is considered to be a form of ‘vocal practice’ and most likely involves the auditory feedback process specified above, during which birds adjust their output in accordance with the auditory information that their own song encodes. This result seems somewhat counterintuitive at first glance because undirected song is more variable and less stable than directed song, implying a higher presence of FoxP2.

In a recent study (Teramitsu et al. 2010) juvenile birds were used due to their songs being more variable than those of older birds, and were thus identified as more likely to highlight the effects of downregulation. They found that although FoxP2 levels decreased in both hearing and deafened juveniles when they sang in undirected contexts, amount of singing and FoxP2 level showed a negative correlation only in hearing birds, suggesting that motor-activity (undirected singing alone) effects FoxP2 regulation due to its higher variability, but that the auditory feedback process necessary for error correction further modulates this.

Thus, differences in FoxP2 expression indicate that through a ‘valve’ type mechanism, the gene differentially affects the neural pathways underlying two types of adult vocal learning behaviour: open ended learners acquiring novel song elements throughout their lives and closed-ended learners engaging in undirected vocal practice once their songs have been learned. As it is a transcription repressor, high levels of FoxP2 would reduce transcription of certain genes where as downregulation would increase expression, thus it could be that FoxP2 regulation is determined according to the need for high levels of proteins necessary in modification of existing circuits once song has been learned, a process that must be in some way distinct from that which enables the formation of novel circuits necessary for song learning.

By analogy, it is possible that downregulation of human FOXP2 also plays an integral role in the fine tuning of neural circuits involved in the auditory feedback process, so that when we hear ourselves, correct regulation of FOXP2 allows expression of genes necessary for circuit modification and vocal adjustment. This may promote further understanding of the effects of a disorder (such as that shared by the KE family) caused by a mutation of the gene, suggesting that deficits may extend beyond improper development of brain regions and structures implicated in language learning and production to improper on-line functioning of these circuits during language perception and articulation.