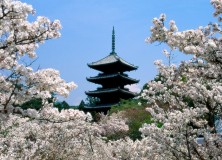 Yashuiro Suzuki (from Nagoya University, co-authoring with Megumi Sakai and Kazuhiro Adachi) presents a model of the evolution of an honest signalling system between plants and insects.  While honest signalling systems have been studied before, this was the first I harve heard of one between species, and certainly between kingdoms.

The vast majority of animals communicate to some extent.  Many signalling systems used by animals use costly signals, the paradigm case bign the peacock’s tail (Zahavi & Zahavi, 1997).  Growing a long tail imposes a developmental and predatory cost and so only fit individuals can afford to grow long tails.  This makes it difficult to trick others into thinking that you are fitter than you actually are.

However, there are systems which use ‘cheap’ signals, the most often used example being badges of status in sparrows.  Sparrows have a patch of bright feathers on their chest.  A bigger patch signals a better fighter.  This is advantageous since they can avoid fights they would not win.  Yet, there appears to be no cost to growing the patch (although this is contested by some).  Zahavi & Zahavi suggest that ‘cheaters’ who do sport badges larger than their abilities are eventually punished when they get into fights with bigger birds.  Thus, the system remains honest.

Suzuki describes a system of communication between plants and insects.  Plants are in constant danger of bugs such as caterpillars.  However, some plants can emit a chemical that attracts small insects that will come and attack and eat the bugs.  The chemical is emitted when there are many bugs attacking.  However, there are plant mutants named ‘cry-wolf’ plants who emit the chemical even when there are very few bugs attacking it.  In this way, the cry-wolf plants have a small advantage over the normal plants.  However, the cry-wolf plants damage the stability of the signalling system.  The insects are attracted to the cry-wolf plants only to find a smaller meal than expected.  If this situation presists, the insect’s association between the chemical and food diminishes and they eventually stop coming.

The normal plants respond, not by emitting the chemical more often, but by mutating to produce a different chemical.  Sort of like changing the code-word with which they call the flies.  However, there is a trade-off:  Changing the chemical a lot makes it more difficult for the cry-wolf plant to change to use the same chemical, but changing it too much makes it difficult for the insects to learn the new code.

Suzuki presents a model of this co-evolution.  The insect’s memory is modelled as a polya-urn.  Positive experiences with a chemical (many bugs) increases the preference for following that chemical while a negative experience (few bugs) decreases the preference.  In the model, plants can die by being over-infested and bugs can die by not eating enough.  The result is an arms range:  Waves of new chemicals appear as old ones become co-opted by cry-wolf plants.  However, rather than there always being a dominant chemical type, the number of chemicals used in the system tends to increase.

While it’s an interesting dynamic, I’m not sure it relates to the paradigmatic animal cases.  To begin, the dimorphism between plants and insects is much bigger than a signaller and receiver within a species.  To begin, both the plants and insects pay a cost (plants produce the chemical and insects must travel to the plant).  In the animal models, the paradox is that the signal is cheap.  The signal stands in for a costly action such as fighting.  Also, while many cheap signals used by animals mean ‘stay away’, the plant-insect signals mean ‘come here’.  Secondly, in most cases of such systems in animals, the interactions are aggressive (competing for food or territory).  In the plant-insect case, both benefit from an honest signal, and both suffer if it breaks down.  It seems as if this is better analysed as 3 species interacting.  Or, while in the animal case individuals compete over territory, here the plants are competing over an animal whose response is also evolving. another way to look at it is that in the animal case, the object of competition changes slowly while in the plant-insect case it evolves quickly.

This brings up another point:  The time scales of change are different in plants and insects.  The plants evolve genetically, while the insects can learn associations within a lifetime.  I found this capacity of insect learning quite surprising.

In this sense, the insect-plant system may be more like a cultural system where there is a ‘moving target’.  However, it’s more difficult to see how this kind of system relates to language evolution.   It would be interesting if the co-evolution caused the signal (the chemical) to become more complex.  However, Suzuki suggested that there are cases of cycling between a few chemicals.  Perhaps the model has some analogies with linguistic diversity.  However, for this to be true, a variety would have to be less adaptive when spoken by more people. or only used in an emergency.  This might be true of some types of human communication such as ritual or religious language, code languages (e.g. over radios during wartime or cockney rhyming slang) or clique languages like pig latin.

Still, this is a facinating study, and there are many more details about the model in the workshop proceedings.

2 thoughts on “Evolang Coverage: Honest signalling between plants and insects”