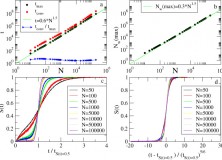 Since its resurgence in the 90s Multi-agent models have been a close companion of evolutionary linguistics (which for me subsumes both the study of the evolution of Language with a capital L as well as language evolution, i.e. evolutionary approaches to language change). I’d probably go as far as saying that the early models, oozing with exciting emergent phenomena, actually helped in sparking this increased interest in the first place! But since multi-agent modelling is more of a ‘tool’ rather than a self-contained discipline, there don’t seem to be any guides on what makes a model ‘good’ or ‘bad’. Even more importantly, models are hardly ever reviewed or discussed on their own merits, but only in the context of specific papers and the specific claims that they are supposed to support.

This lack of discussion about models per se can make it difficult for non-specialist readers to evaluate whether a certain type of model is actually suitable to address the questions at hand, and whether the interpretation of the model’s results actually warrants the conclusions of the paper. At its worst this can render the modelling literature inaccessible to the non-modeller, which is clearly not the point. So I thought I’d share my 2 cents on the topic by scrutinising a few modelling papers and highlight some caveats, and hopefully also to serve as a guide to the aspiring modeller!

END_OF_DOCUMENT_TOKEN_TO_BE_REPLACED

Just a quick announcement that might very well be of interest to some readers of this blog: Bart de Boer (of the Vrije Universiteit Brussel in Brussels, Belgium) is looking for 3 PhD students for his ERC project ABACUS (Advancing Behavioral and Cognitive Understanding of Speech). The project is about investigating (the evolution of) cognitive adaptations for dealing with combinatorial speech. It uses a combination of iterated learning experiments, individual learning experiments and computational modeling.

Each PhD project focuses on one of the approaches:

But it is envisaged that the PhD students interact in their research. The PhDs are paid a stipend of around 36.000 euros (before taxes) per year, and there is additional money for travel and research assistants.

More information, and instructions on how to apply can be found at http://ai.vub.ac.be/members/bart under “vacancies”. 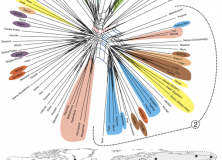 So I thought I should begin my first post on here with a nice and gentle introductory sentence, but I realise that pointing out the increased use of computational phylogenetic tools on cultural and particularly linguistic data to the avid readers of this blog is probably a pretty pointless exercise.

There is of course a lot to say about parallels between biological and cultural evolution, and some of the work using computational tools has given us new insights into yet unanswered (and even hitherto unasked!) questions regarding language and language change. But today I’d like to share some thoughts on a particular “application” of phylogenetic tools, the methodology of which I find a bit odd, even though it is arguably the simplest evolutionary analogy of them all: using computational phylogenetics to reconstruct linguistic phylogenies.