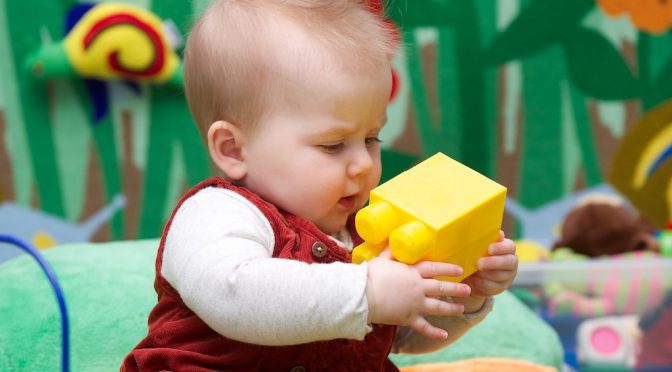 The gap between our cognitive skills and that of our closest evolutionary ancestors is quite astonishing. Within a relatively short evolutionary time frame humans developed a wide range of cognitive abilities and bodies that are very different to other primates and animals. Many of these differences appear to be related to each other. A recent paper by Piantadosi and Kidd argues that human intelligence originates in human infants’ restriction of their birth size, leading to premature births and long weaning times that require intensive and intelligent care. This is an interesting hypothesis that links the ontogeny of the body with cognition.

Human weaning times are extraordinarily long. Human infants spend their first few months being highly dependent on their caregivers, not just for food but for pretty much any interaction with the environment. Even by the time they are walking they still spend years being dependant on their caregivers. Hence, it would be a good for their parents to stick around and care for them – instead of catapulting them over the nearest mountain.  Piantadosi and Kidd argue that “[h]umans must be born unusually early to accommodate larger brains, but this gives rise to particularly helpless neonates. Caring for these children, in turn, requires more intelligence—thus even larger brains.” [p. 1] This creates a runaway feedback loop between intelligence and weaning times, similar to those observed in sexual selection.

Piantadosi and Kidd’s computational model takes into account infant mortality as a function of intelligence and head circumference, but also take into account the ooffspring’s likelihood to survive into adulthood, depending on parental care/intelligence. The predictions are based on the population level, and the model predicts a fitness landscape where two optima emerge: populations either drift towards long development and smaller head circumference (a proxy for intelligence in the model) or they drift towards the second optimum – larger heads but shorter weaning time. Once a certain threshold has been crossed, a feedback loop emerges and more intelligent adults are able to support less mature babies. However, more intelligent adults will have even bigger heads when they are born – and thus need to be born even more premature in order to avoid complications at birth.

To test their model’s predictions, the authors also correlated weaning times and intelligence measures within primates and found a high correlation within the primate species. For example, bonobos and chimpanzees have an average weaning time of approximately 1100 days, and score highly in standardised intelligence measures. Lemurs on the other hand only spend 100 days with their offspring, and score much lower in intelligence. Furthermore, Piantadosi and Kidd also look at the relationship between weaning age with various other physical measures of the body, such as the size of the neocortex, brain volume and body mass. However, weaning time remains the most reliable predictor in the model.

Piantadosi and Kidd’s model provides a very interesting perspective on how human intelligence could have been the product of a feedback loop between developmental maturity and neonatal head size, and infant care. Such a feedback component could explain the considerable evolutionary change humans have undergone. Yet between the two optima of long birth age and a small brain radius and a short birth age and a large brain, most populations do drift towards the longer birth/smaller brain (See graph 2.A in the paper). It appears that the model cannot explain the original evolutionary pressure for more intelligence that pushed humans over the edge: If early humans encountered an increased number of early births, why did those populations with early births not simply die out, instead of taking the relatively costly route of becoming more intelligent? Only once there is a pressure towards more intelligence, it is possible that humans were pushed into a location leading the self-enforcing cycle of low birth age and high parental intelligence, and this cycle drove humans towards much higher intelligence than they would have developed otherwise. Even if the account falls short of ultimate explanations (i.e. why a certain feature has evolved, the reason), Piantadosi and Kidd have described an interesting proximate explanation (i.e. how a feature evolved, the mechanism).

Because the data is correlative in its nature only, the reverse hypothesis might also hold – humans might be more intelligent because they spend more time interacting with their caregivers. In fact, a considerable amount of their experiences is modulated by their caregivers, and their unique experience might also create a strong embodied perspective on the emergence of social signals. For example, infants in their early years see a proportionately high number of faces (Fausey et al., 2016). Maybe infants’ long period of dependence makes them learn so well from other people around them, thereby allowing for the acquisition of cultural information and a more in-depth understanding of the world around them. Therefore, the longer weaning time makes them pay much more attention to caregivers, providing a stimulus rich environment that human infants are immersed in for much longer than other species. Whatever the connection might be, I think that this kind of research offers a fascinating view on how children develop and what makes us human. 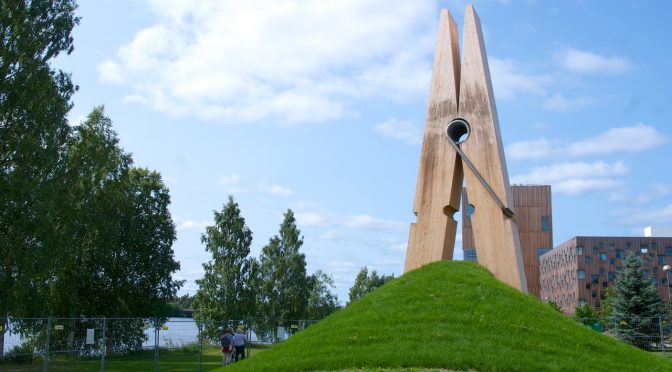 A large part of human humour depends on understanding that the intention of the person telling the joke might be different to what they are actually saying. The person needs to tell the joke so that you understand that they’re telling a joke, so they need to to know that you know that they do not intend to convey the meaning they are about to utter… Things get even more complicated when we are telling each other jokes that involve other people having thoughts and beliefs about other people. We call this knowledge nested intentions, or recursive mental attributions. We can already see, based on my complicated description, that this is a serious matter and requires scientific investigation. Fortunately, a recent paper by Dunbar, Launaway and Curry (2015) investigated whether the structure of jokes is restricted by the amount of nested intentions required to understand the joke and they make a couple of interesting predictions on the mental processing that is involved in processing humour, and how these should be reflected in the structure and funniness of jokes. In today’s blogpost I want to discuss the paper’s methodology and some of its claims.

END_OF_DOCUMENT_TOKEN_TO_BE_REPLACED

What kind of information do children and infants take into account when learning new words? And to what extent do they need to rely on interpreting a speakers intention to extract meaning? A paper by Morse, Cangelosi and Smith (2015), published in PLoS One, suggests that bodily states such as body posture might be used by infants to acquire word meanings in the absence of the object named. To test their hypothesis, the authors ran a series of experiments using a word learning task with infants—but also a self-learning robot, the iCub.

END_OF_DOCUMENT_TOKEN_TO_BE_REPLACED 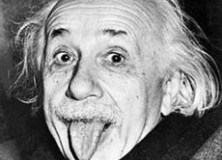 The nativism-empiricism debate haunts the fields of language acquisition and evolution on more than just one level. How much of children’s social and cognitive abilities have to be present at birth, what is acquired through experience, and therefore malleable? Classically, this debate resolves around the poverty of stimulus. How much does a child have to take for granted in her environment, how much can she learn from the input?

Research into imitation has its own version of the poverty of stimulus, the correspondence problem. The correspondence problem can be summed up as follows: when you are imitating someone, you need to know which parts of your body map onto the body of the person you’re trying to imitate. If they wiggle their finger, you can establish correspondence by noticing that your hand looks similar to theirs, and that you can do the same movement with it, too. But this is much trickier with parts of your body that are out of your sight. If you want to imitate someone sticking their tongue out, you first have to realise that you have a tongue, too, and how you can move it in such a way that it matches your partner’s movements.