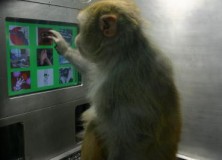 As I wrote in my last post, three kinds of behaviours are most often discussed in debates about animal consciousness and cognition:

After having discussed the first capacitiy in my previous post, I will discuss the latter two in this post, starting with metacognition, that is being aware of one’s own knowledge states, and then turn to being aware of other’s mental states.

Being aware of one’s own mental states, i.e., reflective consciousness, surely seems to be one of the most crucial components of self-awareness. In one paradigm used to test for metacognitive awareness, monkeys were trained to select, out of a number of two or more images, the one that is identical to an image they have been shown earlier. As is to expected, the monkeys’ performance progressively deteriorated the longer the delay was between the sample image and the selection task. 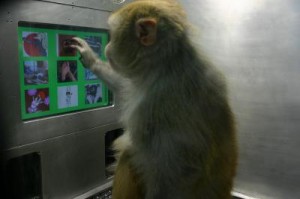 These results have been taken as evidence that monkeys are aware of their own knowledge states and base their decision on whether to take the test or not on some form of reflexive consciousness or metacognition. One significant problem of this setup, however, is that in principle there could be a wealth of different possible explanations for these behaviours. For example, the monkey’s decision could be a result of a low-level uncertainty monitoring mechanism that regulates its behaviours without the animal necessary having a conscious, second-order awareness of its own mental states (Gómez 2009: 46f.).

Similar experiments have also been conducted with dolphins, who were presented with different sounds and had to push one of three levers (one for ‘high’ tones, one for ‘low’ tones, and one if they were ‘uncertain’) in response. The dolphins tested performed similar to humans tested on the same task, and given what we know about dolphin cognition and encephalization in general it seems feasible to interpret these results as evincing self-awareness (Herman 2009: 44).

Metacognition of Others’ Mental States/ Mentalizing

The question whether chimpanzees have a ‘theory of mind’, that is, whether they are conscious of the mental states of others, has been a controversial topic for more than thirty years (Blackmore 2010: 214f., Hare 2011: 294ff.). Until quite recently, there was a broad consensus that theory-of-mind abilities and the ability for mentalizing, defined as the

“implicit or explicit attribution of mental states to others and self (desires, beliefs) in order to explain and predict what they will do” Frith & Frith 2012)

were uniquely human. There was an overall consensus that there was a

This view is echoed for example in the statements by Penn et al. (2008) mentioned in my first post and also by Susan Blackmore (2010: 215), who reports on experiments which showed that when begging for food, chimpanzees did not discriminate between an experimenter who could see them and one who could not (e.g. because s/he had a bucket over her/his head) but randomly gestured to both of them. The conclusion from this experiment was that chimpanzees had no concept of seeing, something which human children develop as early as in their second year of life.

However, this view has changed dramatically over the last ten years, when researchers started to test chimpanzees in competitive, as opposed to cooperative contexts, which are much more natural and ecologically valid for them. In competitive paradigms, chimpanzees do indeed show an understanding of seeing, e.g. by taking the piece of food that is hidden from the view of a dominant competitor instead of the piece of food seen by both (Hare 2011: 298f.). 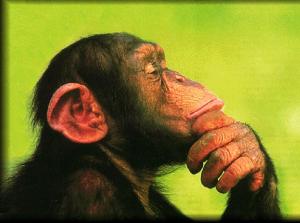 What is more, chimpanzees even know that others make inferences. For example, in the context of searching for a single piece of food, chimpanzees were presented with two opaque boards on a table, one lying flat, and one slanted. Chimpanzees normally chose the one that is slanted because there could be food lying under it. However, when there was another chimpanzee there before them, they tend to avoid the slanted board, because they assume that their competitor has already looked under it guided by the same inference they themselves would make (Schmelz et al. 2011).

This, taken together with a wealth of other recent results on the sophisticated sociocognitive abilities of chimpanzees, suggests that chimpanzees are conscious of at least some psychological states in others, although not to the same degree as humans, who from early age on outperform all other animals in every regard (Hare 2011: 300f.; Carpenter 2011, see also this post). It should be noted here that these conclusions not only extend to great apes, but that similar capacities have also been demonstrated, for example, in  ravens (Blackmore 2010: 215). As Hannah wrote last month (see here), they even point declaratively to conspecifics with their beaks in order to show them something (Pika & Bugnyar 2011), a behaviour made even more remarkable by the fact that it is not found in great apes at all (Tomasello 2006, although this conclusion is hotly debated see, e.g. here). 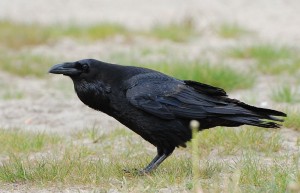 As my two posts should have illustrated, it is far from clear that Darwin really made a mistake when speaking of the difference between human and nonhumans as “one of degree, not of kind.” This does not only hold for cognition. Instead, the experiments I’ve written about here, taken from the domains of mirror self-recognition, metacognition of one’s own mental states and metacognition of the mental states of others, suggest “that animals other than humans are conscious and have subjective experiences that rely on some degree of consciousness” (Burkhard & Bekoff 2009: 42).

Pika, Simone and Thomas Bugnyar (2011): “The Use of Referential Gestures in Ravens (Corvus Corax) in the Wild.” In: Nature Communications 2: 560.

Schmelz, Martin, Josep Call and Michael Tomasello “Chimpanzees know that Others Make Inferences.” In: Proceedings of the National Academy of Sciences 108: 17284-17289.