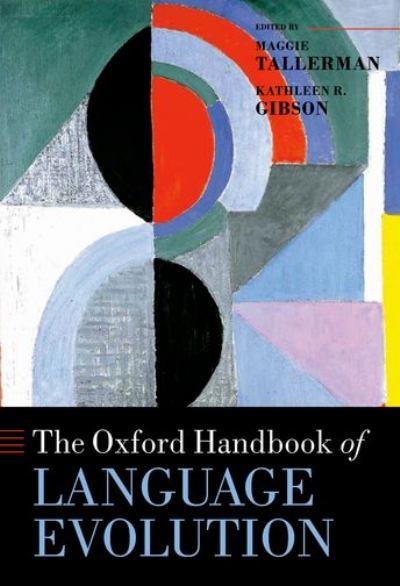 My review of Maggie Tallerman‘s and Kathleen R. Gibson‘s “Oxford Handbook of Language Evolution”  was published on Linguist List yesterday (you can read it here). 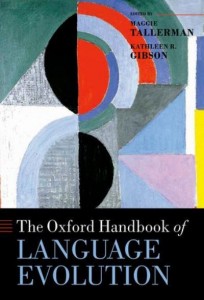 Here’s my opinion in a nutshell: This is a great volume and I’ve really learned a lot from reading it. The authors have done a great job trying to be accessible to an interdisciplinary audience. It’s  a great place to start if you’re interested in language evolution or want to get a quick overview of a specific topic in language evolution research. I would’ve liked it if the chapters had a “Further Reading” section, however (like  Christiansen and Kirby’s 2003 volume). Some chapters felt a bit too short for me (Steven Mithen‘s chapter on “Musicality and Language” for example is only 3 pages long, Merlin Donald‘s chapter on “the Mimetic Origins of Language” is 4 pages long). I also feel that some topics, like language acquisition, could’ve been dealt with  more extensively, but then again, if you compile a handbook, it’s impossible to make everybody happy. Other recent book-length overviews of language evolution (e.g. Fitch’s 2010 book and Hurford’s 2007 and 2012 tomes) are more detailled, but also more technical and not as comprehensive and don’t cover as many topics. To quote my review:

Overall, the Oxford Handbook of Language Evolution is a landmark publication in  the field that will serve as a useful guide and reference work through the  entanglements and pitfalls of the language evolution jungle for both experienced  scholars and newcomers alike.

One last thing I’m particularly unhappy about is that the handbook doesn’t have an Acacia Tree on the cover – which seems like a missed opportunity (kidding).

I’ll try to write about some of my favourite chapters in more detail somewhere down the road/in a couple of weeks.