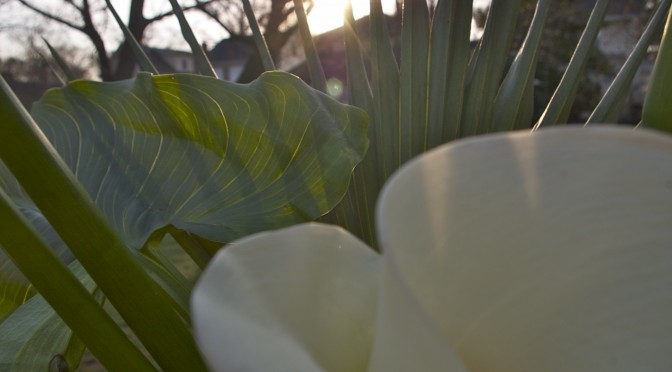 I’ve collected five New Savanna posts on Alan Liu into a single PDF; you can download it from my SSRN page, Remarks on Alan Liu and the Digital Humanities,
A Working Paper. Abstract and introduction below.

Abstract: Alan Liu has been organizing and conceptualizing digital humanities (DH) for two decades. I consider a major essay, “The Meaning of the Digital Humanities,” two interviews, one with Katherine Hayles and the other with Scott Pound, and a major blog post in which Liu engages Stephen Ramsay. Other investigators included: Willard McCarty and Franco Moretti. Some of Liu’s themes: DH as symbolic of the future of the humanities, the need for theory as well as practical projects, the role of DH in enlarging the scope of the “thinkable,” the importance of an engineering mindset, and the need for a long-term effort in revivifying the humanities.

Computation has theoretical consequences—possibly, more than any other field of literary study. The time has come, to make them explicit.
–Franco Moretti

I first heard about Alan Liu back in the late 1990s, when he was working on Voice of the Shuttle. I may or may not have submitted some links, I don’t really remember, but if so, that would have been it. Since then I gather that he’s been acting as a Johnny Appleseed for what has come to be called digital humanities, an ambassador, or in the corporate jargon of Apple Inc., an evangelist.

But it wasn’t until early in 2012 that I started to focus on the so-called digital humanities (aka DH). To be sure, Matt Kirschenbaum showed up at The Valve (alas, now dormant) for the Moretti book event (Graphs, Maps, Trees) and, for that matter, Moretti himself put in a few appearances. I snagged a promising book reference from Kirschenbaum (Dominic Widdows, Geometry and Meaning), but for me that event was about Moretti, not DH. It took Stanley Fish to get me thinking about DH. He’d gone to the MLA convention, attended some DH sessions, and blogged about it in January, 2012: Mind Your P’s and B’s: The Digital Humanities and Interpretation. Of my posts tagged “digital humanities”, only a bit less than a quarter of them were written before Fish. The rest come after.

Sometime in the wake of Fish I came across anxiety within the DH community about the lack of Theory, with Alan Liu prominent among the worriers. Now I was irritated. On the one hand, it seems to me that Theory has lost most of its energy – for what it’s worth, it was an examination of that morbidity that had attracted me to The Valve (the discussions of Theory’s Empire) in the summer of 2005. On the other hand, there’s a rich body of theory around computation, language, the mind, and evolutionary process (read: history) which is relevant, it seemed to me, to DH and yet which has been for the most part neglected. There is more to theorizing humanity than is dreamt of in Theory.

Finally, in March of this year I saw a video of Liu’s Meaning of the Humanities talk at NYU. I watched it, liked it, and contacted Alan. He responded by sending me a PDF of his PMLA article of the same title (“The Meaning of the Digital Humanities”, PMLA 128, 2013, 409-423). That prompted me to write the first of the blog posts I’ve collected here: Computer as Symbol and Model: On reading Alan Liu.

Liu begins and ends his PMLA article with the figure of Claude Lévi-Strauss, whose structuralism was “a midpoint on the long modern path toward understanding the world as system” (p. 418). If understanding world as system is included in the remit of DH, then I’m on board. In between his invocations of Lévi-Strauss Liu manages to argue against the notion that “there are immaculately separate human and machinic orders” (p. 416). I’m down with that too.

And so it went. When I posted the piece I figured that one post would be it. I was wrong. I nosed about in some other Liu materials and decided to blog some more.

In my next post, The Thinkable and the Interesting: Katherine Hayles Interviews Alan Liu, I latch onto Liu’s belief that DH should be fostering new modes of though by making the invisible and the obscure thinkable in new ways.

I’ve got two things on my mind in Alan Liu: Reengaging the Humanities. The first is a sense of building, prompted by Liu’s remark that he’s the son of an engineer. Building is very important, not only in the sense of technical infrastructure that digital humanists are building, but also in the sense of poesis: literary works, works of art in general, are constructed, built, composed (to borrow a term from Latour). If we are to understand them more deeply, we need to describe and examine the relevant principles of construction. Second, Liu understands that revivifying the humanities is not simply a matter of coming up with new rhetorical moves we can stuff into new defenses of the humanities that we crank out by the 100s. It’s going to be a long-term process in which we reconstruct our institutions.

The next post–Ring Composition in Alan Liu’s Essay, “The Meaning of the Digital Humanities”–is something different. Rather than interrogate Liu’s ideas I examine his rhetoric, not to unmask anything, not to show any sneaky hidden agenda, but simply to display how that essay works. Normally I do that sort of thing with literary texts and movies, but Liu’s deployment of Lévi-Strauss fore and aft got me wondering: Is this a ring-form text? It turns out that it is. At the structural center Liu has placed the concept of a tabula rasa interpretation, where the interpreter is a machine, not a human. That is enclosed before and after by Liu’s discussion of a particular example of digital criticism and that triplet is, in turn, enclosed by general discussions of DH, each marked by a reference to Lévi-Strauss.

The next post returns us to the examination of ideas, and in a form that I particularly like, the open letter: Shades of the tabula rasa, something’s happening here… I now take the idea of a tabula rasa interpretation and place it in the context of some of Stanley Fish’s early displeasure with “machine” reading, though the machines in Fish’s case aren’t necessarily computers. At least one of them, Michael Halliday, is a human who happens to go about his business in a (superficially) mechanistic way (he’s a linguist).

That brings us to my last post, To Capture Infinity in a Bottle: The Digital Humanities and Cultural Criticism, which I stage as a colloquy among four digital humanists, Liu, Willard McCarty, Stephen Ramsay, and Franco Moretti. Each is speaking for the need to go beyond building digital infrastructure for humanists and providing digitally enhanced record keeping and number crunching. All argue that DH needs some kind of sui generis theoretical enterprise if it is to flourish.

I cannot but agree and, as I indicated above, I have some thoughts about that.

And that brings me to my theme. I agree with Moretti, computing has theoretical consequences, and they make digital criticism the hottest game in town. Right now it’s the only approach that’s turning up something new. Some of the newness is infrastructural, necessary, but not itself a source of intellectual innovation and renewal. But those diagrams that investigators are creating, they betoken new ways of thinking. Those diagrams are ways of capturing heretofore-invisible phenomena within the humanistic field. As far as I can tell, no one else is doing that. No one else is going into the territories where dragons dwell.

The literary cognitivists ought to be venturing there, but they’re not. The so-called cognitive revolution is what happened when the idea of computation rippled through psychology, linguistics, and philosophy in the 1950s, 60s’ and on into the 70’s. Not only was the computer used to perform infrastructure tasks, but it was also adopted as a model for the mind. Though some took the model more literally than others, however it was employed, it made mind and mental processes thinkable in new ways.

Once the first generation of cognitivists had rehabilitated the concept of mind–the behaviorists had banned it–later researchers were able to think about the mind without employing the any of the concepts of computation. And that’s where the literary cognitivists have set up camp. The upshot is that much of their work is old wine in new bottles.

The same is true for their cousins the literary Darwinists. Evolutionary psychology was made possible through the application of game theory to animal behavior. Game theory was invented by John von Neumann, the mathematician who was also one of the seminal theorists of computation. But the literary Darwinists are no more interested in computation than the cognitivists. Same story: old wine, new bottles.

Will digital criticism rise to Moretti’s provocation and follow out the implications of computation? I don’t know. There is, however, a critical difference between DH and both literary cognitivism and literary Darwinism. While the cognitivists and the Darwinists know, in the way that active investigators know such things, that there is more to be done, they seem pretty content with their current tool set. Not only do digital humanists know that there is more to be done, in the way that scholars know such things; they also sense that something vital is missing. That sense of lack bodes well for the future.