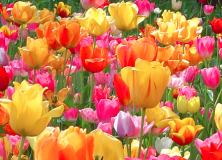 There was a debate today between Peter Hagoort and Stephen Levinson on ‘The Myth of Linguistic Diversity”.  Hagoort arguing the case for universalist accounts.  He admitted that language does exhibit a large amount of diversity, but that this diversity is constrained.  He argued that linguistics should be interested in which universal mechanisms explain the boundary conditions for linguistic diversity.  The most likely domain in which to find these mechanisms is the brain.  It comes with internal structure that defines the boundary conditions on the surface structures of human behaviours.  These boundary conditions include the learnability of input, and that language is processed incrementally and under time constraints.  Brains operate under these constraints so that linguistic processing of all languages happens in roughly the same processing stages.  Hagoort argued that proponents of a diversity approach to linguistics think that variation is unbounded or constrained only by culture.  While there is variation between individuals and between languages, it is the general types that we should be focussed on.

In contrast, Levinson suggested that we should be moving away from the picture of the modal individual with a fixed language architecture.  Instead, we should embrace population thinking and recognise the variation inherent at every level of language from typology to processing and brain structures.  While languages are constrained by the processing structures of the brain, these processing structures are plastic and adapt to the language and cultures in which they are embedded.  Adults lose the ability to distinguish sounds that are not part of their language.  Recent work on linguistic planning using eye-tracking shows that the elements of a scene that speakers attend to before starting to speak differs with the canonical word order of their language.  More fundamentally, brain structures can be affected by cultural experience, such as bilingualism or singing (indeed, the effect of bilingualism on processing shows that variation itself is a fundamental constraint).  So, brains do constrain learning and processing, but are themselves subject to constraints from interaction between individuals.  Brains also change over evolutionary time, adapting to a range of pressures.  Therefore, there is a complex ecology of systems that co-evolve to define the constraints on language, and understanding these systems requires focussing on diversity.

Hagoort conceded that there was impressive variation at each level, but wondered what was meant by “fundamental” differences.  For instance, how important is the precise neural architecture of an individual?  Even within the variation pointed out, complex linguistic processing isn’t being done in the thalamus, and this is a constraint that sets a boundary on variation.  Hagoort might have pointed out that, if there was so much variation between individuals, how do they communicate so effectively and how does basic interaction happen so easily between diverse individuals?  This points to brain processing universals that explain the constraints on language.

Both sides agreed that the basic aim of any science, including linguistics, is to discover general principles that explain the data.  However, are researchers focussing on the same data?  What is the object of study that linguistics are trying to find generalisations for?  It seems to me that the debate came down to what each proponent thought was the domain that was most likely to yield general explanations.  Hagoort suggests that we should be focussed on brain structures and processing in the individual.  Levinson, on the other hand, suggests that the interaction between individuals is a key domain (e.g. the interaction engine).  Proponents of cultural evolution such as Simon Kirby might argue that cultural transmission is a key domain.  It’s possible that the most relevant ‘universals’ in each of these domains may be very different.  A constructive step would be to describe how each of these domains constrain the other.  For instance, constraints on language processing in the brain certainly constrain interaction between individuals, but the requirements of interaction may affect how processing is employed.

There were some good points from the floor, including Peter Seuren pointing out that neither view was particularly close to proving their point, since proving universals, or their absence is very difficult.  A paper under review by Steven Piantadosi and Edward Gibson attempts to answer whether it is possible in principle or practice to amass sufficient evidence for a statistical test that would demonstrate a universal.  They conclude that it is possible in principle, but that there are not enough datapoints (languages) in order to achieve the required statistical power.  There was also an appeal for the study of diversity for the sake of diversity – that there are different motivations for explaining phenomena in the world, and that one of them is to understand human diversity.

The general message:  Proponents of universals need to take diversity into account, and proponents of diversity need to be more specific about how diversity maps onto processing and how different domains of language co-evolve.