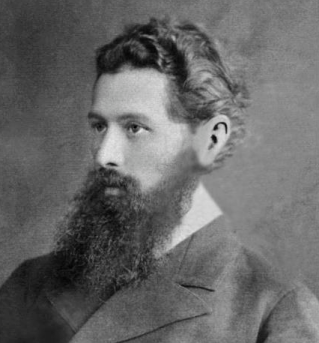 In the process of writing the first in a series of posts on the theoretical plausibility of the vanishing phonemes debate, I’ve found myself drawn into reading Daniel Silverman‘s excellent two-part article (part one and part two) on Mikołaj Kruszewski (1851-1887). You might call him one of the many forgotten linguists who, along with other notable absentees in the linguistic hall of fame, such as Erwin Esper, could have been highly influential had their ideas reached a wider audience. Although it is difficult to assess his impact on the historical development of linguistics, Kruszewksi theoretical insights certainly prefigured a lot of later work, especially regarding listener-based exemplar modelling and probability matching, as evident in this quote:

In the course of time, the sounds of a language depend on the gradual change of its articulation. We can pronounce a sound only when our memory retains an imprint of its articulation for us. If all our articulations of a given sound were reflected in this imprint in equal measure, and if the imprint represented an average of all these articulations, we, with this guidance, would always perform the articulation in question approximately the same way. But the most recent (in time) articulations, together with their fortuitous deviations, are retained by the memory far more forcefully than the earlier ones. Thus, neglibible deviations acquire the capacity to grow progressively greater…

Silverman goes on to mention some of Kruszewski’s other major insights, such as: (1) the arbitrary relationship between sound and meaning, (2) the non-teleological nature of the linguistic system, (3) the generative or creative character of language, (4) the connectionist organisation of the lexicon, and (5) the optimality-theoretic-esque proposal that linguistic systems may be analysed as the product of pressures and constraints in inherent conflict with one another. There is also a brief mention of Darwin’s influence on Kruszewski’s work (as we can see in his non-teleological stance).

The story ends on somewhat of a sad note, with Kruszweski suffering from a debilitating neurological and mental illness that cut short his promising career at the age of 36 — making his depth of scholarship and theoretical insight all the more impressive given it was produced in just eight years.

Anyway, you should take a look at the two articles, if only for an historical perspective on linguistics, but I would also suggest having a gander at some of Silverman’s other papers. He’s got his own ideas and insights that are worth considering (if you can wait, I’ll be discussing some of these in one of my next posts).