I previously talked about how changes in the demography of learners can affect the cultural evolution of a language.  The hypothesis is that language adapts to the balance between declarative and procedural memory users.  Since alcohol consumption affects procedural but not declarative memory (Smith & Smith, 2003), we might expect to see communities that have a high alcohol consumption using less complex morphology. 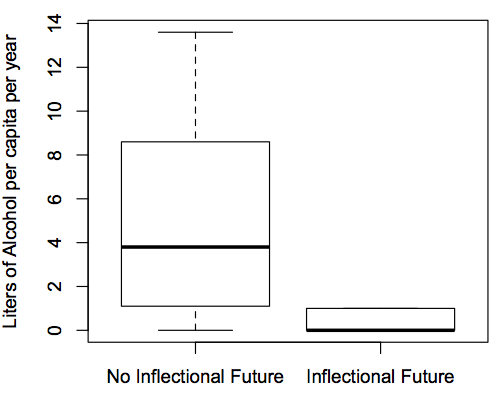