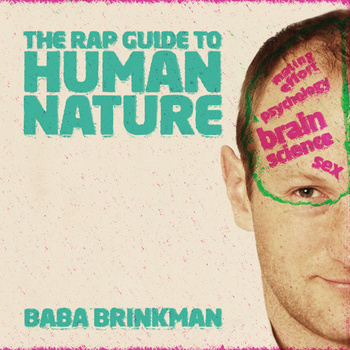 Last year at Edinburgh’s Fringe Festival me and several of my friends saw this brilliant show called the Rap Guide To Evolution (which I briefly blogged about here). Well this year the same rapper, one Baba Brinkman, was back with a new show: the Rap Guide to Human Nature. Unlike most rap attempts at explaining science, it doesn’t sound like a bad Beastie Boys and Sugarhill Gang pastiche of awkward cadence and simple rhyming. Also, it includes some brilliant interludes from various scientists and researchers, including Olivia Judson and David Sloan Wilson. Here is a video of him performing at Binghampton University (I suppose his audience isn’t straight outta compton):