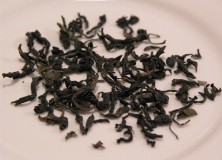 We all take comfort in our ability to project into the future. Be it through arbitrary patterns in Spring Pouchong tea leaves, or making statistical inferences about the likelihood that it will rain tomorrow, our accumulation of knowledge about the future is based on continued attempts of attaining certainty: that is, we wish to know what tomorrow will bring. Yet the difference between benignly staring at tea leaves and using computer models to predict tomorrow’s weather is fairly apparent: the former relies on a completely spurious relationship between tea leaves and events in the future, whereas the latter utilises our knowledge of weather patterns and then applies this to abstract from currently available data into the future. Put simply: if there are dense grey clouds in the sky, then it is likely we’ll get rain. Conversely, if tea-leaves arrange themselves into the shape of a middle finger, it doesn’t mean you are going to be continually dicked over for the rest of your life. Although, as I’ll attempt to make clear below, these are differences in degrees, rather than absolutes.

So, how are we going to get from tea-leaves to Lingua Francas? Well, the other evening I found myself watching Dr Nicholas Ostler give a talk on his new book, The Last Lingua Franca: English until the Return to Babel. For those of you who aren’t familiar with Ostler, he’s a relatively well-known linguist, having written several successful books popularising socio-historical linguistics, and first came to my attention through Razib Kahn’s detailed review of Empires of the Word. Indeed, on the basis of Razib’s post, I was not surprised by the depth of knowledge expounded during the talk. On this note alone I’m probably going to buy the book, as the work certainly filters into my own interests of historical contact between languages and the subsequent consequences. However, as you can probably infer from the previous paragraph, there were some elements I was slightly-less impressed with — and it is here where we get into the murky realms between tea-leaves and knowledge-based inferences. But first, here is a quick summary of what I took away from the talk: