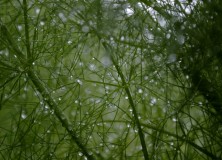 Having now clearly established memes as properties of objects and events in the external world, properties that provide crucial data for the operation of mental “machines,” I want to step aside from thinking about memes and cultural evolution as such and think a bit about the mind. I want to set this conversation up by, once again, quoting from Dennett’s recent interview, The Well-Tempered Mind, at The Edge:

It’s going to be a connectionist network. Although we know many of the talents of connectionist networks, how do you knit them together into one big fabric that can do all the things minds do? Who’s in charge? What kind of control system? Control is the real key, and you begin to realize that control in brains is very different from control in computers. Control in your commercial computer is very much a carefully designed top-down thing.

That’s the problem David Hays and I set ourselves in Principles and Development of Natural Intelligence (Journal of Social and Biological Systems 11, 293 – 322, 1988). While we had something to say about control in our discussion of the modal principle, we addressed the broader question of how to construct a mind from neurons that aren’t simple logical switches.

It is by no means clear to me how Dennett, and others of his mind-set, think about the mind. Yes, it’s computational. I can deal with that. But not, as I’ve said, if it’s taken to mean that the primitive operations of the nervous system are like the operations in digital computers, not if it’s taken to imply that the mind is constituted by ‘programs’ written in the ‘mentalese’ version of Fortran, Lisp, or C++. THAT was never a very plausible idea and the more we’ve come to know about the nervous system, the less plausible it becomes.

The upshot is that we need a much more fluid, a much more dynamic, conception of the mind. In Beethoven’s Anvil I talked of neural weather. Here’s how I set-up that metaphor (pp. 71-72): END_OF_DOCUMENT_TOKEN_TO_BE_REPLACED 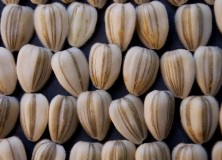 All quotations are from that paper. END_OF_DOCUMENT_TOKEN_TO_BE_REPLACED