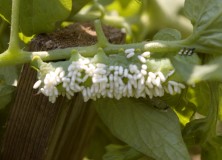 Since I’ve been posting a lot about memes recently, and from a POV in opposition to the most prevalent memetic doctrines, I thought I’d post a link to this article (full text is downloadable):

Abstract: When the “meme” was introduced in 1976, it was as a metaphor intended to illuminate an evolutionary argument. By the late-1980s, however, we see from its use in major US newspapers that this original meaning had become obscured. The meme became a virus of the mind. (In the UK, this occurred slightly later.) It is also now clear that this becoming involved complex sustained interactions between scholars, journalists, and the letter-writing public. We must therefore read the “meme” through lenses provided by its popularization. The results are in turn suggestive of the processes of meaning-construction in scholarly communication more generally.

We might, of course, see Burman’s argument as an illustration of how the intentional products of brilliant minds, in this particular case, Dawkins’ original 1976 conception, undergo chaotic if not random, variation and selection in the larger cultural arena. Burman lays the original variation and popularization at the feet of Douglas Hofstadter and Daniel Dennett and their 1981 edited collection, The Mind’s I, which was more popular in its time that Dawkins’ The Selfish Gene.

In The Mind’s I, Hofstadter and Dennett presented a new version of the meme-metaphor. To construct it, they selected harmonious themes from across The Selfsh Gene and presented them as a coherent single work. Although a footnote at the start of the piece indicates that the text had been excerpted from the original, it doesn’t indicate that the essay had been wholly fabricated from those excerpts; reinvented by pulling text haphazardly, hither and thither, so as to assemble a new narrative from multiple sources.

This omission could perhaps be forgiven. The collection was “composed,” after all. But, in the case of the meme, there is more to its composition than a simple departure from the original. The new version provides no clear indication that changes had been made, such as to shift the spelling and punctuation from UK to US standard; or that, in several instances, material had been lifted mid-paragraph and re-presented out of context. Indeed, comments are included from the original—without any editorial remarks—that misrepresent the whole as a coherent unit.

And the rest, as they say, is history. You’ll have to read the full article to get the blow-by-bloody-blow. 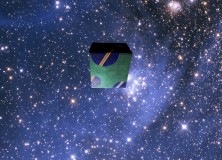 The term “rank” is one we used over the years in talking about the ever-increasing complexity of culture. Roughly speaking, by rank 1 we mean the cultures pre-literate societies. Rank 2 emerges with the advent of literacy while Rank 3 is what first emerged in the West in the Early Modern period (aka the Renaissance). Rank 4 is where we are now. Our basic account can be found in The Evolution of Cognition (1990), though there’s a preliminary version in my dissertation, Cognitive Science and Literary Theory (1978). You can find a handful of papers, plus an overview, at Mind-Culture Coevolution: Major Transitions in the Development of Human Culture and Society. END_OF_DOCUMENT_TOKEN_TO_BE_REPLACED