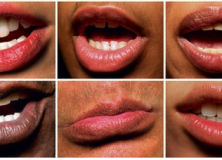 A feature article in last week’s New Scientist asks why there is so much linguistic diversity present in the world, and what are the forces that drive it.  The article reads like a who’s who of the growing field of language structure and social structure:  Mark Pagel, Gary Lupyan, Quentin Atkinson, Robert Munroe, Carol and Melvin Ember, Dan Dediu and Robert Ladd, Stephen Levinson (click on the names to see some Replicated Typo articles about their work).  This is practically as close as my subject will come to having a pull-out section in Vanity Fair.  Furthermore, it recognises the weakening grip of Chomskyan linguistics.

Commentators have already gotten hung-up on whether English became simplified before or after spreading, but this misses the impact of the article:  There is an alternative approach to linguistics which looks at the differences between languages and recognises social factors as the primary source of linguistic change.  Furthermore, these ideas are testable using statistics and genetic methods.  It’s a pity the article didn’t mention the possibility of experimental approaches, including Gareth Roberts’ work on emerging linguistic diversity and work on cultural transmission using the Pictionary paradigm (Simon Garrod, Nick Fay, Bruno Gallantucci, see here and here).