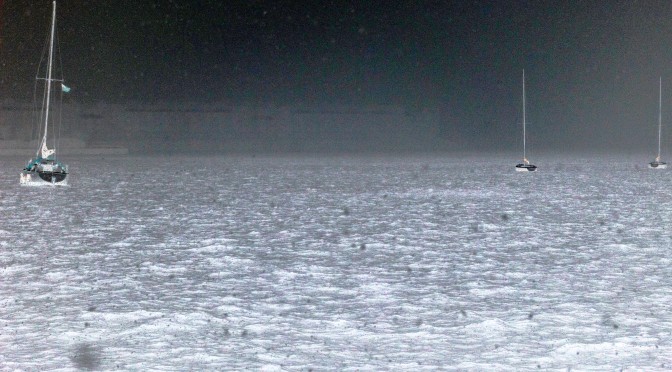 Here are some thoughts I’ve been having on cultural evolution. All of them need fuller exposition, but I don’t have time for that now.

1. Cultural Evolution, so What?

I’ve got a fairly sophisticated narrative account of some varieties of popular music in 20th century America. The account centers on the interaction between African- and European-American populations and musical forms. When I was doing that work–in the late 1990s–I kept thinking that this is the kind of phenomenon that begs for an account in terms of cultural evolution. But I didn’t once use the term “memes” (my term of choice at the time) in the paper nor did I talk of cultural evolution (except in passing at the very end). It’s not at all obvious to me how any existing account of cultural evolution would lead to a deeper understanding of that history. It would just be an exercise in terminology mongering.

This is a very big deal for me, and I don’t yet know what to do about it.

On African American music and so forth, see Music Making History: Africa Meets Europe in the United States of the Blues.

On information, sure, at the highest level of generality and abstraction cultural evolution involves information. But that doesn’t get us much in itself. Until we understand how that information is embodied in the brain and in various media and can measure it, the idea isn’t a very useful or deep one. It’s one of mere terminology, verbal packaging. But see comment seven, below.

3. Information, DNA, the Brain and the Rest

In biology we know that genetic information is embodied in DNA and we know a great deal about how that works. And we are rapidly increasing our ability to manipulate DNA.

We don’t know how information is encoded in the nervous system. But that’s not so much my point here. It belongs in #2 above.

From the standpoint of theoretical elegance/parsimony, this is not so good. But the fact is, no matter what kind of model you choose, if you want to deal with information, you are going to have to deal with multiple physical embodiments and the transformations between them.

We’re interested in the ‘conservation’ of information in the social group. That requires shared access to common reference points. The meaning of those reference points is, in effect, negotiated through interaction. Those agreed reference points are the ‘genes’ of the cultural process.

Compare this with DNA replication. The double strand divides and then each half constructs the necessary complement. The result is two identical DNA molecules where there had been one.

Shared access to a common public reference plays the role in cultural informatics that DNA replication plays in biological informatics.

On mutual information in culture, see my Open Letter to Steven Pinker.

5. The mind as computer program

Programs have variables and variables require values. Where do mental programs get values for their variables? Some of them are generated internally.

And some of them come from the external world. Among those we have the cultural genetic material. They function as values for variables in mental programs.

See this post for further specification of this thought: Memes as Data: Targets, Couplers, and Designators. That is collected in my working paper, Cultural Evolution, Memes, and the Trouble with Dan Dennett.

7. A somewhat longer thought on information and its transformations

This is a comment in reply to Tim Tyler on a post from last week, Cultural Beings & Intertextuality; Information.

I’ve been thinking about this and, sure, information. Why not? But at that level, what can you do with the idea? It’s pretty much mom and apple pie. How can you operationalize the concept to solve real problems? That’s what Shannon and Weaver did for a certain range of problems, a range of problems that turns out to be large and useful. But no one’s been able to operationalize a version of information that allows us to study the meaning of language strings. While language doesn’t cover all of culture it covers quite a bit, so, if you want an informatic account of culture, you’re going to have to come up with an informatic account of language. Without that, claims about culture as information are mostly smoke and mirrors, hand-waving and tap dancing.

This passage in van Baalen’s article [reference below] struck home for me:

Presenting his views on Dawkin’s [36] notion of genes as units of evolution, Williams [50] made the important point that we should separate the physical manifestation of genes from their information content. Evolution, Williams argued, takes place in the information domain, or the ‘codical domain’ as he called it: information gets transmitted and DNA molecules eventually perish. What I wish to argue here is that this insight not only applies to genes, but should also be extended so as to incorporate all of the evolutionarily relevant forms of information: genes but also epigenes, genes from symbionts, various forms of experience, culture and so forth. In this information-based view, individuals (units of adaptation) are merely bundles of information.

This does not mean that physical form becomes irrelevant. On the contrary, the physical aspects of an information carrier determine its dynamics, through its capacity for change, storage and transfer. Different sources and origins of information may have very different kinds of dynamics indeed: some of my genes contain very ancient information, whereas my brain contains extremely recent (and mostly ephemeral) information [6]. The physics of a given carrier may have an effect on interpretation of the information it contains.

To us, the physical support of a message contributes to its meaning because it helps us to interpret it. If we were to encounter a piece of text in an unknown script, we would tend to guess its message differently if the text were hewn in a stone monument than if it were merely scribbled on a piece of paper. In a biological context, a sequence in DNA does not mean the same as the equivalent sequence in RNA: many sequences in DNA are not transcribed and thus potentially irrelevant, whereas an RNA sequence is more likely to be relevant because it has been transcribed, and therefore linked to some particular environmental conditions. Danchin [6] calls the physical manifestation of information its ‘avatar’, which is a generalization of the concept of phenotype [51].

You mistake my intransigence on the this point. I long ago entered the world in which one talks about information as a general phenomenon that applies in a wide range of cases. I don’t need to know that. That’s mom and apple pie and the flag all wrapped up in a bundle.

Information, wow! You mean it’s the same whether it’s in a brain, or ink splotches on paper, or electrons through a wire, or vibrations in air? That’s powerful stuff. Information isn’t physical. It’s well, it’s information!