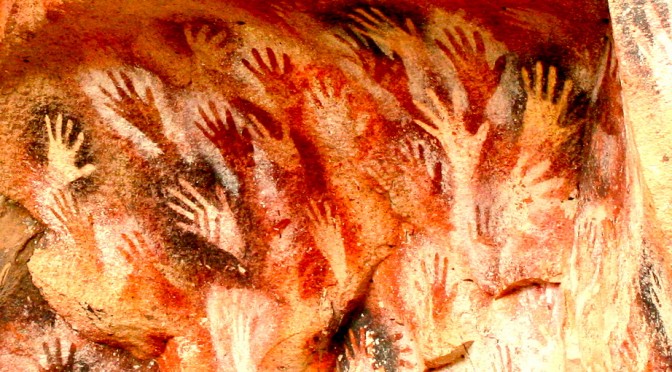 As Andrew Lamont writes on the official LINGUIST List Blog:

Schmaltz’ team was able to identify and translate two texts left by Neanderthals. The first, a recent discovery in Spain, is a fragment of a teenager’s diary. It reads oog.oog.oog and has been translated as ‘[Dear diary, I feel] emotionally distant. [I wish I had my own cave]’.”