“there has been a great deal of speculation about the inherited structure of spatial relational thought. Immanuel Kant argued that the human body provides the source of our basic intuitions about the nature of space. In agreement, many cognitive scientists hold the assumption that spatial cognition is fundamentally egocentric [references omitted, my emphasis, MP].”

“The principle of corporeal deixis [i.e. body-based or body-centric spatial reference] is even so self-evident that it has been considered by most linguists, including cognitive linguists, as the default case, if not the universal one (Talmy 1983).”

I myself also thought this way and found Karl Bühler’s (1934) notion of the ego-based “Here-Now-I”-origo (“Hier-Jetzt-Ich”-Origo) quite self-evident (see for example, this old post).

In Bühler’s view, this deictic centre is the origin of a “coordinate system of subjective orientation,” which builds the basis and referential anchoring for all communicative acts and all social interaction and coordination,

However, we can still see the egocentric frame of reference as the universal default case and see absolute frames of reference as being cultural variations that transform our innate frame of reference. This would thus still be in line with the paradigm mentioned above as well as with developmental psychologist Jean Piaget’s central assumption that in cognitive development infants start with an egocentric perspective on the world and only later learns to coordinate multiple perspectives on the world.

To test whether this is really the case, Haun et al. used a similar but simplified setting like in their first experiment that I described in my last post, and tested gorillas, chimpanzees, bonobos, orangutans, and 4-year-old German children.

This time there were only 3 identical cups on the table so the object-centred and the geocentric conditions from the previous experiment were collapsed.
The subject was first shown where a reward is hidden
(X = Cups | = Screen E= Experimenter O=Hidden Object) 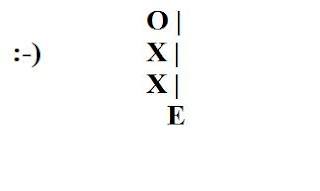 and was then rotated 180° and brought to an identical table behind the screen where they could then again locate the reward.

In the Absolute condition

“the hiding and finding cups maintained position Relative to the larger, surrounding environment” and also to “a salient landmark between the two tables, namely the screen or the experimenter” (Haun et al. 2006 : 17569). 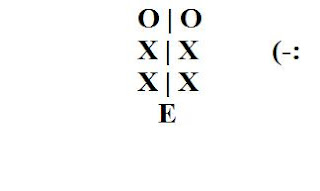 It turned out that the great apes including the 4-year old children deployed an allocentric/environment-based layout more readily than an ego/self-based spatial strategy. At the very least, these data indicate that

To further corroborate this evidence, Haun et al. 2006 tried an even simpler version of this task on the non-human great apes as they are known to have problems with abstract rule-learning and generally scored quite low on the second experiment.

Thus, in a third experiment, the subjects were directed to the first table and in the baseline condition were rewarded for picking a cup no matter which it was for 10 times. The animals were then led to the table that was on the other side of the screen and the experimenter started to only reward one of the cups until the apes consistently picked a particular cup ten out of twelve times in a row. If they had succeeded in doing so, they were redirected to the original table and in the test trials were again rewarded for all of their ten choices.
In this way, the experimenters induced a “response” or “training bias” in the apes: In the test condition they tended to preferably pick the same cup as the one for which they were rewarded 10 times in a row in the training condition. That is, if they were rewarded for picking the middle cup in the training session, they also preferred to pick the middle cup when rotated 180° and brought back to the original table in the test condition.

The interesting question then is: If they were rewarded for picking say this cup: 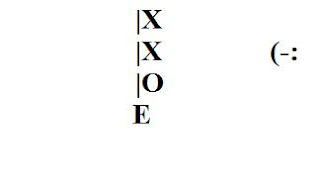 in the training condition: which cup would they show the response bias for in the test condition? Would they interpret this as being ‘the cup to their left’? Or would they interpret it as being allocentrically/environmentally-based?
As in the second experiment, great apes showed a preference for environmental cues as opposed to self-based cues. That is if they developed a preference for the cup in the upper illustration, they then preferred to pick the following cup in the rotated test condition. 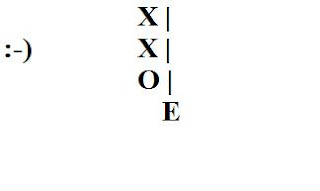 Haun et al. (2006: 17572) conclude that gorillas, chimpanzees, bonobos, orangutans, and we all have inherited “preference for allocentric spatial strategies” from our shared ancestor.

“Based on this result, we argue that, at least for small-scale spatial relations, the inherited cognitive mode of operation is not, as argued by Kant and others, egocentric but preferably deploys environmental cues as common reference between object.”

I think this is a fascinating result and I find the argument very convincing. It is also strengthened by findings from cognitive and linguistic development: By 16 months, when they have become successful mobile navigators, children competently use non-egocentric cognitive strategies. 3- to 5-year old English-speaking children even appear to be

“better at allocentric strategies than at egocentric ones.”

Moreover, in cultures where an absolute frame of reference is the dominant one, children master

“this system as early as 4 and certainly by 7 years of age.” Children who live in cultures that dominantly employ a relative frame of reference, on the other hand, do not seem to master the full use of a left and right system until about 11 years of age. (Haun et al. 17572).

At first sight, this might seem like quite a blow for embodiment theories in cognitive science and Cognitive Linguistics who see embodied, egocentric experience as our primary way of making sense of the world.
But as Dirven et al. (2007) point out, “given the universality of human bodily experience,” it would not be “astonishing” if corporeal deixis constituted “the default case” of spatial cognition,

“but as a more refined conception of embodiment, the notion of situated embodiment incorporates and integrates man’s physical and social environment in his or her holistic bodily experience” (Dirven et al. 2007: 1217).

Chris over at the Lousy Linguist also sees the concept of embodiment as crucial when talking about langauge, thought and space (see here):

But more to the point, I believe all direction terms are ultimately ego-centric insofar as they are embodied. The terms “north” and “south” are not magically universal. They are based on a human being’s body and orientation (i.e., ego-centric). Don’t believe me, ask yourself, what does “north” mean in space? What does “north” mean to an amoeba?

So the key question what to make of all these interesting results is still hotly debated and it is doubtful whether any kind of consensus will be reached in the foreseeable future (see e.g. the debate  between Peggy Li and Lila Gleitman on the one side of the discussion[here], and Levinson and his colleagues on the other [here]).

That’s it for now, I hope you enjoyed this short series of posts.