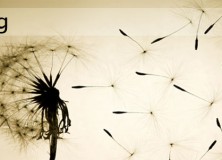 I’m writing this post to generate some discussion about this subject, because when I’m not banging on about Language Evolution, my day job is to help people achieve research impact via the channels of community outreach/engagement and so it’s something I think about a lot.  It’s probably worth noting here that “Language Evolution” throughout this post can be replaced by any blue-sky area of research.

Disclaimer: I know this blog has a global readership, but I’m sat in Britain and my whole experience of research funding has been in Britain, so sorry if the issues raised here aren’t relevant to you, I’d be interested to hear how some of these issues are tackled in different countries.

Firstly, I should probably outline what the impact agenda actually is because it currently seems to be one of those vague government-constructed concepts like the “Big Society” or “Broken Britain”. “Impact” is the economic and social benefits of research outside of academia and the “Impact Agenda” is the assessment of research with regards to its “Impact”. That’s the end of the use of quotation marks for this post. I promise.

The impact agenda is largely born out of the current financial climate and funding cuts which have seen universities struggle to sustain their revenue streams. This has meant a rise in the assessment of research by universities in terms of profit, as well as through funding bodies, via the Research Excellence Framework (REF), in terms of its impact outside of academia for having demonstrable benefits to the wider economy and society. Assessing the amount of funding a university department gets depending on impact is a highly controversial issue, with some claiming that it is undermining academic freedom and others arguing that it is an excellent way to ensure that academia is not an exclusive enterprise whose output only benefits those within the academic community.

Why is the impact agenda a good idea?
Having research which benefits the community is obviously a good thing – especially when that research is being funded by tax payers money. An excellent way to achieve impact in the community is to run bottom-up think-tanks where the priorities of the public become the priorities of the academic community. The outcomes of this research can then be fed back to the public who then feed further priorities into the research. This is a great model for much of the research done where immediate real-world applications exist, however there is much controversy surrounding the application of this model to the detriment of more blue sky research.

Why is the impact agenda a bad idea?
Many argue that the impact agenda undermines academic freedom as academics are being told what to research, rather than researching what they think it is best. Whilst it may be true that in some instances what the public consider to be a worthwhile avenue to explore may match up with what the academic community believe is worthwhile research, there will still be many other instances where academics wish to pursue hypotheses which the public will not see the value in – either because of a difference in values, or because of a gap in knowledge. The former is obviously a problem as the academics of this world are not a reasonable socio-economic sample of the population at large. The latter however, is probably a pretty watertight reason why academics get the last say in what it is they research. They are, after all, the intellectual cream of our society.

Why is all of this such a problem for the study of language evolution?
Research into the evolution of language is mostly within the realms of blue sky research – that is research having no immediately apparent real-world applications, but does this mean it’s not worthwhile and not worth funding in the current economic climate?