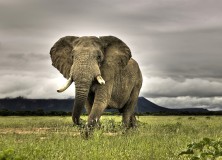 I always feel the need to mention these cultural learning in the lab papers when they pop up.

This one, by Rafferty, Griffiths & Ettlinger, to appear in Cognition, uses an iterated learning experiment to challenge the idea that tendencies across cultures  is the result of some structures and concepts being easier to learn than others, as things being easier to learn means they will be more accurately transmitted from one generation to the next. Mini artificial languages in iterated paradigms (most notably Kirby, Cornish & Smith, 2008), have shown that languages become more structured as the result of generational turnover (and with an added pressure for expressivity), and this is hypothesised to be because of pressures for learnability (as well as expressivity/communication).

If we can show empirically that cultural features which are more prevalent are more “learnable”, than this adds extra weight to the hypothesis that the driving force because culturally universal concepts are the result of learnability. However, this paper finds the opposite, if a concept is more learnable, then that does not necessarily result in it being more prevalent in transmission chains.

Their first argument is that more learnable cultural features are not likely to be (re)produced in transmission failure. This was shown in an experiment which featured “distinctive items”, such as the word “Elephant” on a shopping list. In this context, the word “Elephant” was much more likely to be remembered than other items on a list, but once it had been lost in a transmission chain, it was never regenerated. Participants were much more likely to regenerate mundane food items which are likely to feature on a shopping list, such as “apple”.

They also showed this mathematically, showing that agents are more likely to arrive at H2 if they learn from an agent with H2, even if H1 is more learnable. This is based on the assumptions that learners rarely learn a particular hypothesis unless they receive data generated speciﬁcally from that hypothesis, less learnable hypotheses are more likely to be confused with one another and so will arise more often through transmission, and that learnable hypotheses are unlikely to arise as the result of transmission errors, just like the word “elephant”.

The main point of this isn’t to argue that learnability doesn’t play a role in cultural transmission, but rather that we shouldn’t look at only learnability bias, because we also need to take into account the rate at which hypotheses (or cultural features) change into other hypotheses.

The scope of the implications for this study are limited however, as it makes the massive assumption that learnability is only born from an item being surprising. Sure, if all you’re learning is a shopping list, the most learnable thing is the elephant, because it is the most surprising, but if you’re learning a whole language, the surprising things are not going to facilitate learning an entire lexicon and grammar. In the context of language learning, structure is the thing that makes it more easily learned, rather than things being surprising.

The paper then goes on to test whether, if a set of languages that lack a property far outnumber the set with a property, then this can override a learnability bias. They carry out an individual artificial language learning experiment which shows that the learnability and generalisability of words with vowel harmony is greater than words without vowel harmony. However, they then go on to do an iterated learning experiment and find that no matter how much of an initial language consists of words with vowel harmony, all languages ended up with approximately 50% words with vowel harmony. This shows that, while one language is more accurately transmitted than others in an individual learning task (or in one generation), because of the large number of non-harmonic possibilities, a completely harmonic language can not win out through transmission.

There’s quite an extensive paragraph explaining why vowel harmonic languages should exist at all then:

In contrast with the results of our experiment, harmony does exist in many languages of the world. Several factors might result in harmony being more common in these languages than in the ﬁnal generations of our chains. Our experiments focus on cognitive learning biases, but it is likely that there are also sensorimotor biases that favor the articulation and perception of harmonic languages (Blevins, 2004). There may also be qualitative factors not included in our experiment that lead to the harmony bias being stronger in natural language than in the lab. For instance, children could have stronger harmony biases. Additionally, the quantitative bias towards harmony may be stronger than we found in Experiment 1. This could occur due to the existence of more words and a longer period of learning and use in naturalistic settings. Since all of our participantsLearnability and cultural universals 26 were adult speakers of English, their bias could also be weaker due to the fact that English is not a vowel-harmonic language. Another factor that could lead to a divergence between our results and natural language learning is the use of a linear transmission structure. In natural language learning, children may learn from people who are part of generations other than the prior generation. Transmission patterns are likely also inﬂuenced by other factors, such as language contact. This can result in speakers borrowing phenomena from other languages, resulting in the spread of properties that are unlikely to be generated spontaneously. Finally, there may be increased noise in transmission in lab experiments due to the fact that learning occurs over a relatively short period. This might mean that we would expect harmonic languages to eventually become less prevalent due to transmission errors, but that this process will be much slower in natural language than in the lab. In the experiment, we see that by the third generation the languages no longer contain more harmonic words than would be expected by random chance. This rapid shift may indicate that participants exhibit very little bias towards harmonic words when the input language is not 100% harmonic; in a naturalistic context, generalization is likely to be somewhat more robust due to the longer learning period and broader exposure to the language. Despite these differences, our experiment provides evidence for the fact that a bias need not lead to a universal tendency, something which is born out in the pattern of vowel harmony in existing languages: vowel harmony is relatively common, but it is not present in the majority of languages.

The conclusion is that there are a whole host of reasons why a language or cultural phenomenon might be successful in being transmitted and the learnability isn’t necessarily enough. But I’m not sure anyone was arguing it was in the first place.

Boyer, P. (1994). The naturalness of religious ideas: A cognitive theory of religion. Univ of California Press.