Edit: The results are out!

I’m working with the Language in Interaction project to create an App game about linguistic diversity.  It’s a game where you listen to several recordings of people talking and have to match the ones who are speaking the same language.  It’s quite a lot like the Great Language Game, but we’re using many lesser-known languages from the DOBES archive.

But first – we need a name.  Help us create one with the power of Iterated Learning!

Click to take part in our 1-minute experiment to evolve an app name.

We’ll throw some app names at you, you try to remember them, then we throw your names at someone else.

Here’s a screenshot of the App in development: 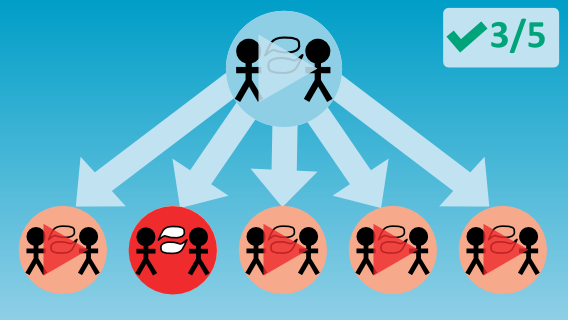 (P.S.: I’ve done this kind of thing before to evolve a band name)

3 thoughts on “Evolve an App Name”