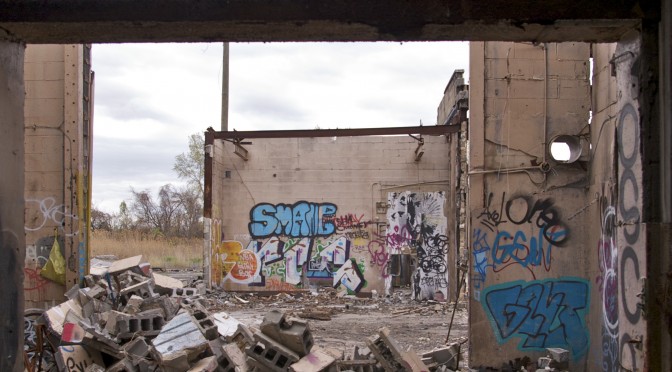 I’ve got a new post at 3 Quarks Daily: The Only Game in Town: Digital Criticism Comes of Age.

I open with Moretti – natch – then to Willard McCarty’s 2013 Busa Award Lecture, where he talks of embracing the computer as Other. I end with Said on his belief in an autonomous aesthetic realm, despite the difficulties of conceptualizing how it could possibly work. The thrust of the article, though, is whether or not we can actually get this venture moving, really moving. What are the chances of really embracing the Other?

Though I made my peace with the computer years ago, and so am biased, I don’t know the answer to that question. But I’ve made some progress in figuring out what that question entails and that form the bulk of my essay.

The issue is one that’s been with academic literary study since the early 20th Century. In the 1920s the matter was stated most succinctly by Archibald MacLeish, that poems should not mean but be. In that late 1950s we find ourselves in the “Polemical Introduction” to Northrup Frye’s well-known Anatomy of Criticism (pp. 27-28):

The reading of literature should, like prayer in the Gospels, step out of the talking world of criticism into the private and secret presence of literature. Otherwise the reading will not be a genuine literary experience, but a mere reflection of critical conventions, memories, and prejudices. The presence of incommunicable experienced in center of criticism will always keep criticism as art, as long as the critic recognized that criticism comes out of it but cannot be built on it.

The issue came home to me in a rejection letter for my first essay on “Kubla Khan” – which ended up going into Language and Style in 1985 – where the reviewer complained that the essay “ought to argue with itself, to put into question some of the patterns it establishes-or better, perhaps to let the poem talk back.”

What does he mean, “let the poem talk back”? I know very well that the statement isn’t meant to be taken literally. But what’s the non-literal version of the statement? Under what circumstances could a poem do something like talk back?

Under face-to-face performance circumstances. To be sure, the poem doesn’t talk, but the poet does. The poet recites the poem, the teller spins the tale, the audience reacts with silence, groans, laughter, remarks, and the poet replies. There we the poet/story-teller on an even footing, in the same “space,” one that really IS interactive. But criticism really isn’t like that, no matter how much this or that critic wishes otherwise.

Literary texts are designed to open up spaces for interpretation: different readers in different contexts weigh elements and fill gaps in different ways that complement the common ground of comprehension that is determined both by the text and by shared assumptions and contextual knowledge. In a sense, the positioning of noncognitivist and cognitivist literary studies reenacts the discussions about predictability/determination versus subjectivity/individuality in reader-response theory in the 1970s and 1980s: how much freedom do readers have in filling in gaps and creating the actual text or interpretation; to what extent do written text and interpretive communities (substitute here: the cognitive apparatus common to all readers) determine individual readings?

Really? Literary texts are designed just so? By whom? I don’t believe it, nor, I suspect do Adler and Gross. That formulation is just another trope for picturing text and critic in the same frame.

But I don’t discuss any of those examples in the 3QD essay. There I choose four texts from the mid-1970s, texts by Geoffrey Hartman, Eugenio Donato, Jonathan Culler, and Umberto Eco. I think of the 1970s as a turning point, the period when literary criticism turned its back on the Computational Otherness emanating from linguistics and the nascent cognitive sciences, not to mention humanities computing (here I’m thinking of some essays in which Stanley Fish skewers some statistical stylistics).

What will happen this time around?

I’ll leave you with a passage from Moretti’s recent interview in Salon:

It’s also the hardest to make others interested in. I’m not sure, but I suspect that for a long time it was much easier for an astrologer to make people interested in the skies than for an astronomer. It was much nicer to tell stories of the stars holding the destiny of human beings in their hands. Astronomy, with its calculations, seemed cold by comparison. Plenty of people still care about astrology, of course, including myself. I’m a Leo, and of course I believe in astrology [laughing]. But astronomy, just like biology and all the other sciences, has managed to enter the culture and make a lot of people interested in a good explanation, a bold theory, an interesting conjecture. These have become part of what millions of people are interested in.

I would hope that literary history moves to that stage as well. That it maintains what has been great in its past, but also becomes something that becomes interesting for nonspecialists because it has some bold ideas about why, for example, the chorus at a certain point disappears from tragedy. Just as we ask why dinosaurs went extinct, we should ask why the chorus went extinct. Of course, I have a young son so I know that the chorus is less interesting than T. Rex and Company, but still: Why did the chorus go extinct?