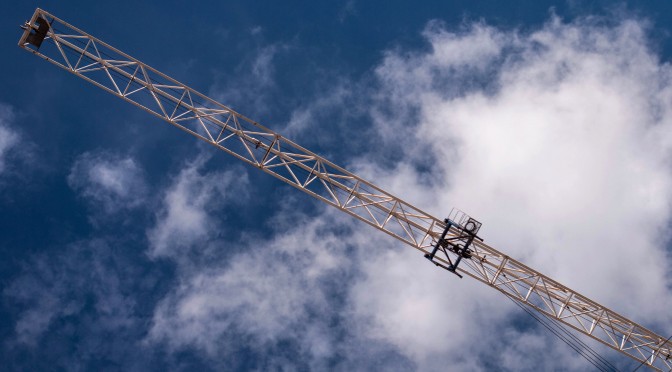 Abstract, contents, and introduction below.

Abstract: In his work on memetics Daniel Dennett does a poor job of negotiating the territory between philosophy and science. The analytic tools he has as a philosopher aren’t of much use in building accounts of the psychological and social mechanisms that underlie cultural processes. The only tool Dennett seems to have at his disposal is analogy. That’s how he builds his memetics, by analogy from biology on the one hand and computer science on the other. These analogies do not work very well. To formulate an evolutionary account of culture one needs to construct one’s gene and phenotype analogues directly from the appropriate materials, neurons and brains in social interaction. Dennett doesn’t do that. Instead of social interaction he has an analogy to apps loading into computers. Instead of neurons he has homuncular agents that are suspiciously like his other favorite homuncular agents, memes. It doesn’t work.

Introduction: Too many analogies, no construction 2
Watch Out, Dan Dennett, Your Mind’s Changing Up on You! 5
The Memetic Mind, Not: Where Dennett Goes Wrong 11
Turtles All the Way Down: How Dennett Thinks 16
A Note on Dennett’s Curious Comparison of Words and Apps 21
Has Dennett Undercut His Own Position on Words as Memes? 23
Dennet’s WRONG: the Mind is NOT Software for the Brain 27
Follow-up on Dennett and Mental Software 31

Introduction: Too many analogies, no construction

Just before the turn of the millennium Dennet gave an interview in The Atlantic in which he observed:

In the beginning, it was all philosophy. Aristotle, whether he was doing astronomy, physiology, psychology, physics, chemistry, or mathematics — it was all the same. It was philosophy. Over the centuries there’s been a refinement process: in area after area questions that were initially murky and problematic became clearer. And as soon as that happens, those questions drop out of philosophy and become science. Mathematics, astronomy, physics, chemistry — they all started out in philosophy, and when they got clear they were kicked out of the nest.

Philosophy is the mother. These are the offspring. We don’t have to go back a long way to see traces of this. The eighteenth century is quite early enough to find the distinction between philosophy and physics not being taken very seriously. Psychology is one of the more recent births from philosophy, and we only have to go back to the late nineteenth century to see that.

My sense is that the trajectory of philosophy is to work on very fundamental questions that haven’t yet been turned into scientific questions.

This is a standard view, and it’s one I hold myself, though it’s not clear to me just how it would look when the historical record is examined closely.

But I do think that, in his recent work, Dennett’s been having troubles negotiating the difference between philosophy, in which he has a degree, and science. For he is also a cognitive scientist in good standing, and that phrase – “cognitive science” – stretches all over the place, leaving plenty of room to get tripped up over the difference between philosophy and science.

Dennett has spent much of his career as a philosopher of artificial intelligence, neuroscience, and cognitive psychology. That is to say, he’s looked at the scientific work in those disciplines and considered philosophical implications and foundations. More recently he’s done the same thing with biology.

Now, it is one thing to apply the analytic tools of philosophy to the fruits of those disciplines. But Dennett has also been interested in memetics, a putative evolutionary account of culture. The problem is that there is no science of memetics for Dennett to analyze. So, when he does memetics, just what is he doing?

The analytic tools he has as a philosopher aren’t of much use in building accounts of the psychological and social mechanisms that might underlie cultural processes. The only tool Dennett seems to have at his disposal is analogy. And so that’s how he builds his memetics, by analogy from biology on the one hand and computer science on the other.

Alas, these analogies do not work very well. That’s what I examine in the posts I’ve gathered into this working paper. What Dennett, or anyone else, needs to do to formulate an evolutionary account of culture is to construct one’s gene and phenotype analogues (if that’s what you want to do) directly from the appropriate materials, neurons and brains in social interaction. Dennett doesn’t do that. Instead of social interaction he has an analogy to apps loading into computers. Instead of neurons he has homuncular agents that are suspiciously like his other favorite homuncular agents, memes. It doesn’t work. It’s incoherent. It’s bad philosophy or bad science, or both.

Watch Out, Dan Dennett, Your Mind’s Changing Up on You! – This post was prompted by an interview that Dennett posted in January 2013, The Normal Well-Tempered Mind. He opened by admitting that he made a mistake early in his career by opting for a much-over-simplified model of the neuron. He’s now scrambling to recover from that error, and not doing a very good job of it as he talks about “neurons […] as agents that have to be kept in line and that have to be properly rewarded and that can form coalitions and cabals and organizations and alliances.” He goes on to threaten that his “next major project will be trying to take another hard look at cultural evolution” and, in particular, to make a case for memes. That’s the other theme of this post (and the one with which I begin), dismantling Dennett’s idea that we can think of memes as apps for the mind. What Dennett doesn’t seem to realize that his notion of memes as apps follows from his early over-simplified conception of neurons, but not from the more robust conception he’s now wrestling with.

The Memetic Mind, Not: Where Dennett Goes Wrong – From the middle of the post: “In [his] linguistic examples, from orthography, to spelling, syntax and semantics, Dennett places the whole lot of them in the memetics realm. When he then offers a set of biological examples from, from ‘make a cytosine’ through ‘make something that will fight off infection’, he sets them in parallel with his linguistic series, but fails to acknowledge that his biological examples span two spheres, that of genes and that of phenotypes. I want to make a similar distinction in the linguistic cases, placing the most localized cases in the memetic realm (upper vs. lower case, perhaps spelling) and the rest in a different realm, whatever you want to call the cultural correlate of biological phenotypes.” That is, Dennett sees no need for a cultural correlate of biological phenotypes. On the contrary, I insist on it.

Turtles All the Way Down: How Dennett Thinks – In ths post I shift my emphasis from criticizing Dennett’s ideas to examining how they’re constructed. So I’m take a look at his theoretical imagery, which is based on what the cognitive linguists call the container schema. So, organisms contain genes; brains contain memes. And then we have his favorite, memes as agents. And that conception has now migrated to neurons, as he no longer things of neurons as simple switches, but as agents. “It’s as though Dennett has taken the TOP of the Great Chain, a human being [that is, an autonomous agent] […], and deposited it near the BOTTOM, in single neurons. Now we have a snake-like cascade that’s swallowing its own tail. […] It seems to me that what Dennett has done over the course of his career is use the gene as a conceptual tertium quid between the mind as a whole and the brain as a connection of neurons. He has taken the agency of the Dawkinsian gene, transferred it to the meme, which puts in into the mind in itty bitty things within the larger mind-as-a-whole.”

A Note on Dennett’s Curious Comparison of Words and Apps – Dennett insists on the analogy between words (as memes) and Java apps, but doesn’t show how it helps us understand language. What’s the point of the analogy if it doesn’t show how we can take something we understand, Java apps, and apply that understanding to something we don’t, words? Moreoever, his recent change of heart on the nature of neurons vitiates “use of computation as an idea in understanding the modeling mental processes.”

Has Dennett Undercut His Own Position on Words as Memes? – I continue with the themes laid out in the previous two sections and add a bit more about Dennett’s change of mind on neurons and end up by suggesting the term “coordinator” as the cultural correlate to the biological gene. That is, I’ve dropped the use of “meme” (which I’d adopted near the end of the previous century) for another term, one that better suits my sense of how culture works.

Dennet’s WRONG: the Mind is NOT Software for the Brain – Back in the 1950s and 1960s, when computers and digital computing were still new and the territory – both computers and the brain – relatively unexplored, one could reasonably proceed on the assumption that brains are digital computers. Living neural tissue, however, is quite different from silicon and metal and that difference has now become paramount. Silicon and metal passively take on the impress of purposes and processes humans program into them. But neural tissue is not passive; both “doing” and “undoing” are active and under control within neurons themselves. While I agree with Dennett that we cannot understand what the brain does by remaining at the neural level, I don’t think having recourse to the notion of software is at all useful. It just papers over the problem when what we need to do is to develop technical concepts compatible with the facts of neural systems. Then when, in deference to the fact that neurons are complex living creatures, Dennett talks about “rogue neurons” he’s tap-dancing and hand-waving to beat the band. Giving full credence to that fact that neurons are complex living creatures undermines Dennett’s beliefs about computers and minds in a fundamental way.

Follow-up on Dennett and Mental Software – More of the above, under three headings: 1. Technical Usage vs. Redescription: Dennet’s talk of virtual machines and such has no technical content; it is mere redescription. 2. Substrate Neutrality: If living neural tissue has functional capabilities that simply aren’t available to inanimate devices, whatever it is that brains do cannot simply be “ported over” to silicon. 3. What’s Computation, Anyhow? – Dennett elides the distinction between directly realizing a mental process in silicon and software vs. simulating that process.

1 thought on “Dennett on Memes, Neurons, and Software”