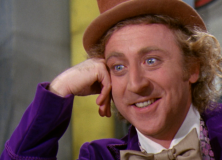 Last month there was a paper published about a correlation between chocolate consumption and Nobel Laureates.

EDIT: I now see the article may not be accessible to everyone.  Here’s a summary: Messerli suggests that, because some flavinoids that are found in chocolate have been linked to improved cognition, one might expect a country that eats more chocolate on average to produce more Nobel Laureates on average.  Indeed, Messerli finds a linear correlation between the two variables.  While the tone of the short paper is not entirely serious, we’ve previously reported on many spurious correlations, and why they’re so easy to find between cultural variables. The chocolate/Laureate correlation looked like one of these spurious findings, so we set out to debunk it by showing correlations with some less expected variables.  If this is the case, then papers like the one criticised here are dangerous because they give credence to this questionable method, while producing media-grabbing headlines.

Me and James wrote a response article, but it’s just been rejected, citing ‘lack of space’ (Dorothy Bishop has also posted a recent response).  Here’s the 175 words we submitted.   Amongst the 4 statistical tests, try spotting the 6 hidden references to chocolate:

Chocolate consumption (CC) correlates with the number of Nobel laureates (NL) per capita1.  However, correlation studies are a rocky road, and it’s easy to fudge correlation and causation. Our data mars the previous inference.  Average IQ2 does not correlate with CC (r=0.27, p=0.21).  CC correlates with the (log) number of serial3 and rampage3 killers per capita (r = 0.52, p=0.02, fig. 1). NL correlates with the annual road fatalities per capita3 (r=-0.55, p=0.0066).  Controlling for GDP3 and mean temperature4, CC is not a significant predictor of NL (F(1,19) = 3.6, p = 0.07). These correlations are unlikely to be causal, so why are they robust? Cultural phenomena diffuse in a way that leads to spurious correlations between independent variables5.  While flavonoids may aid cognition, there is little evidence to suggest there is an isomorphic link between individual-level benefits and widespread population-level effects. The original work may have elicited snickers, but it is receiving media coverage.  If researchers declare this to be a robust approach, then it’s a slippery slope to a world of pure imagination.

And here’s a longer version of the paper: ChocolateSerialKillers_WintersRoberts (including three more puns). 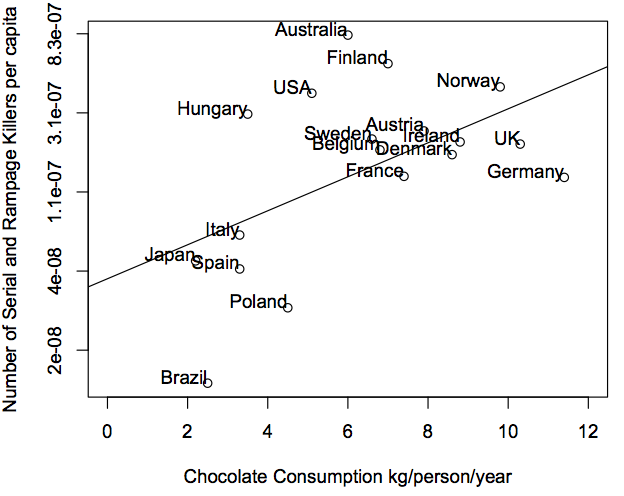 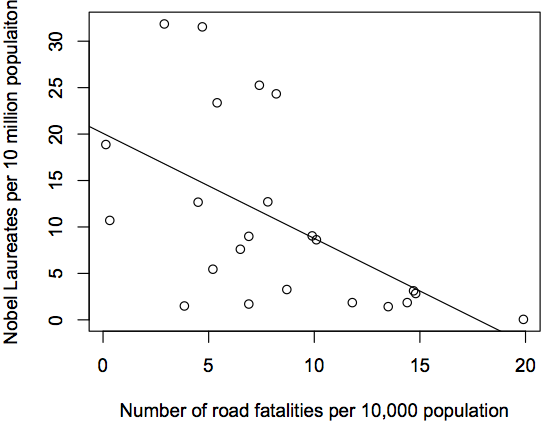