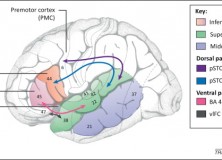 UPDATE: This paper is now a Trends in Cognitive Sciences Free Featured Article and is available for free here

Noam Chomsky, who infamously stated that the field of language evolution research is “a burgeoning literature, most of which in my view is total nonsense” (see, e.g. here), has a new paper on the topic in press (together with linguist Robert Berwick and neuroscientists Angela Friederici and Johan Bolhuis) called Evolution, brain, and the nature of language (here, unfortunately it’s behind a paywall).

Language serves as a cornerstone for human cognition, yet much about its evolution remains puzzling. Recent research on this question parallels Darwin’s attempt to explain both the unity of all species and their diversity. What has emerged from this research is that the unified nature of human language arises from a shared, species-specific computational ability. This ability has identifiable correlates in the brain and has remained fixed since the origin of language approximately 100 thousand years ago. Although songbirds share with humans a vocal imitation learning ability, with a similar underlying neural organization, language is uniquely human.

Also interesting is their figure on the Desing of the language system:

“The basic design of language. There are three components: syntactic rules and representations, which, together with lexical items, constitute the basis of the language system, and two interfaces through which mental expressions are connected to the external world (external sensory-motor interface) and to the internal mental world (internal conceptual-intentional interface).”

This still looks very much like the model advocated in for example, the influential and controversial Hauser/Chomsky/Fitch 2002 Science paper (see e.g. here) and from a brief look through the review. The paper also reiterates the view that language is primary an instrument aiding internal thought, and its use for communication is a later by-product (a view that has been thouroughly criticized, by for example Steven Pinker and Ray Jackendoff, e.g. here):

“communication, an element of externalization, is an ancillary aspect of language, not its key function, as maintained by what is perhaps a majority of scholars (cf. [Jim Hurford, Michael Tomasello], among many others). Rather, language serves primarily as an internal ‘instrument of thought’”

8 thoughts on “Berwick, Friederici, Chomsky, Bolhuis (2013): Evolution, brain, and the nature of language”