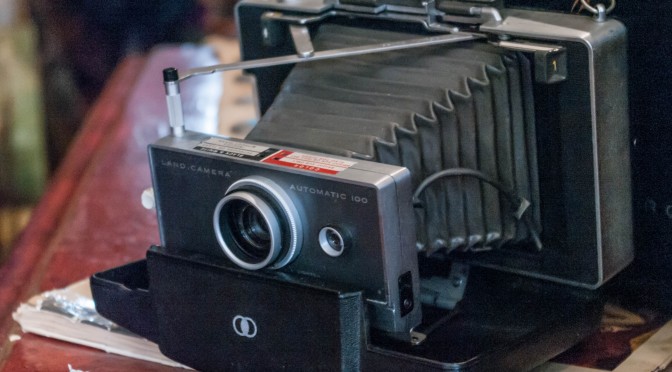 Abstract, contents, and introduction below:

Abstract: Using his so-called intentional stance, Dennett has identified so-called “free-floating rationales” in a broad class of biological phenomena. The term, however, is redundant on the pattern of objects and actions to which it applies and using it has the effect of reifying the pattern in a peculiar way. The intentional stance is itself a pattern of wide applicability. However, in a broader epistemological view, it turns out that we are pattern-seeking creatures and that phenomenon identified with some pattern must be verified by other techniques. The intentional stance deserves no special privilege in this respect. Finally, it is suggested that the intentional stance may get its intellectual power from the neuro-mental machinery it recruits and not from any special class of phenomena it picks out in the world.

I find Dennett puzzling. Two recent back-to-back videos illustrate that puzzle. One is a version of what seems to have become his standard lecture on cultural evolution, this time entitled

As such it has the same faults I identify in the lecture that occasioned the first post in this collection, Dennett’s Astonishing Hypothesis: We’re Symbionts! – Apes with infected brains. It’s got a collection of nicely curated examples of mostly biological phenomenon which Dennett crafts into an account of cultural evolution though energetic hand-waving and tap-dancing.
And then we have a somewhat shorter video that is a question and answer session following the first:

I like much of what Dennett says in this video; I think he’s right on those issues.

What happened between the first and second video? For whatever reason, no one asked him about the material in the lecture he’d just given. They asked him about philosophy of mind and about AI. Thus, for example, I agree with him that The Singularity is not going to happen anytime soon, and likely not ever. Getting enough raw computing power is not the issue. Organizing it is, and as yet we know very little about that. Similarly I agree with him that the so-called “hard problem” of consciousness is a non-issue.

How is it that one set of remarks is a bunch of interesting examples held together by smoke and mirrors while the other set of remarks is cogent and substantially correct? I think these two sets of remarks require different kinds of thinking. The second set involve philosophical analysis, and, after all Dennett is a philosopher more or less in the tradition of 20th century Anglo-American analytic philosophy. But that first set of remarks, about cultural evolution, is about constructing a theory. It requires what I called speculative engineering in the preface to my book on music, Beethoven’s Anvil. On the face of it, Dennett is not much of an engineer.

And now things get really interesting. Consider this remark from a 1994 article [1] in which Dennett gives an overview of this thinking up to that time (p. 239):

My theory of content is functionalist […]: all attributions of content are founded on an appreciation of the functional roles of the items in question in the biological economy of the organism (or the engineering of the robot). This is a specifically ‘teleological’ notion of function (not the notion of a mathematical function or of a mere ‘causal role’, as suggested by David LEWIS and others). It is the concept of function that is ubiquitous in engineering, in the design of artefacts, but also in biology. (It is only slowly dawning on philosophers of science that biology is not a science like physics, in which one should strive to find ‘laws of nature’, but a species of engineering: the analysis, by ‘reverse engineering’, of the found artefacts of nature – which are composed of thousands of deliciously complicated gadgets, yoked together opportunistically but elegantly into robust, self-protective systems.)

I am entirely in agreement with his emphasis on engineering. Biological thinking is “a species of engineering.” And so is cognitive science and certainly the study of culture and its evolution.

Earlier in that article Dennett had this to say (p. 236):

It is clear to me how I came by my renegade vision of the order of dependence: as a graduate student at Oxford, I developed a deep distrust of the methods I saw other philosophers employing, and decided that before I could trust any of my intuitions about the mind, I had to figure out how the brain could possibly accomplish the mind’s work. I knew next to nothing about the relevant science, but I had always been fascinated with how things worked – clocks, engines, magic tricks. (In fact, had I not been raised in a dyed-in-the-wool ‘arts and humanities’ academic family, I probably would have become an engineer, but this option would never have occurred to anyone in our family.)

My reaction to that last remark, that parenthesis, was something like: Coulda’ fooled me! For I had been thinking that an engineering sensibility is what was missing in Dennett’s discussions of culture. He didn’t seem to have a very deep sense of structure and construction, of, well, you know, how design works. And here he is telling us he coulda’ been an engineer.

And maybe so, maybe so. But that of course would have involved training that he didn’t get, training that entailed courses in design and courses where you actually made things. I conclude that it is one thing to stand over the shoulders of biologists and computer scientists and examine, in one case, the software actually constructed and, in the other case, the structures and mechanisms found in living organisms. It is quite something else to construct such accounts yourself.

And that’s what is required to create an account of cultural evolution. It would be one thing if we had robust engineering accounts available to us. Then Dennett could examine them, as he’s examined biologists’ models, and make cogent observations about what’s going on. Such accounts, alas, are in short supply, and so there is little for Dennett to analyze.

What he does then, is to gather interesting biological examples, take Dawkins’ analogy between genes or viruses and a host of cultural productions called memes, and then just spin out the analogy as best he can by talk of software and information. What are genes? Information. From that it follows, more or less that evolution is a bunch of algorithms for information processing – mostly more, which Dennett set out in a book I’ve not read, Darwin’s Dangerous Idea. What are memes? Examples: words (his major example), habits, poems, songs, and so forth. And all of those things are information. So, cultural evolution is information processing.

All of which strikes me as rather empty. I’ve collected some of my reasons in a working paper from a couple of years ago [2]. But, beyond the first post in this current series, that’s not what I’m investigating. Rather, I’ve been trying to get a better idea of what Dennett thinks.

Dennett’s Astonishing Hypothesis: We’re Symbionts! – Apes with infected brains: As I’ve already indicated, this post takes one of Dennett’s recent videos about cultural evolution as its starting point. He uses the notion of free-floating ratioinales here and that’s what got me to thinking that it had some kinship with his notion of memes, which has been the major focus of my attention. And so I decided to track it down. As for the idea that we are apes with infected brains, which he claims to have meant literally, that’s useless, as is the parallel with the eukaroyotic revolution in biology.

In Search of Dennett’s Free-Floating Rationales: Here I investigate the notion of free-floating rationale as Dennett lays it out in a major 1983 article on intentionality. He uses the term in certain contexts but it doesn’t tell us anything particularly interesting apart from the pattern exhibited by the entities and actions in the setting where Dennett identifies the pattern. It is at best redundant, a name for the pattern. But this paper got me thinking once again about the general notion of patterns, and so I went looking into what Dennett had to say about them.

Dan Dennett on Patterns (and Ontology): Dennett argues that what he calls the intentional stance looks for certain kinds of patterns in the world. When it finds them it says, “Aha! An intentional system.” This can be justified by the observation that often the application of this pattern to phenomena allows us to see order and predictability where otherwise we would only have been confused. He calls this a “mild” realist position. As for my own view, we look for patterns of whatever kind we can discern. Whether or not the patterns we see correspondent to real objects and events is something that must be determined subsequent to our identification of those patterns. Dennett’s intentional stance is just one pattern among many and deserves no special privilege.

Dan Dennett, “Everybody talks that way” – Or How We Think: I now move to mental machinery and argue that what makes the intentional stance so useful is that it calls on our mental machinery for handling interpersonal interactions; that is, it reuses that machinery to deal with other matters just at a memory technique, the method of loci, may well reuse our navigational systems. The point of this suggestion is to separate the philosopher’s mind from the objects he contemplates. Despite the fact that he’s a student of the cognitive sciences and so is familiar with these kinds of mental representations, Dennett hasn’t grasped the fact that they have some bearing on how we think about the world in general. In my view, the real power of the intentional stance is the computational power it harnesses, not what it implies about phenomena it picks out.

Note: Most of these posts have references in the form of endnotes. I have not consolidated them into a master list at the end of the whole document.