In the second chapter of his 2003 book Space in Language and Cognition: Explorations in Cognitive Diversity, Stephen Levinson discusses a concept that has been crucial to discussions of space and ‘perspectivation’ in language: frames of reference. (see e.g. these posts on my blog Shared Symbolic Storage) The term as it is used today was coined by Gestalt theorists of perception in the 1920s and was used to signify the steady and constant background against which other objects could be made out and identified. It can be defined as

“‘a unit or organization of units that collectively serve to identify a coordinate system with respect to which certain properties of objects, including the phenomenal self, are gauged’ (Rock 1992: 404, emphasis in Levinson 2003: 24). 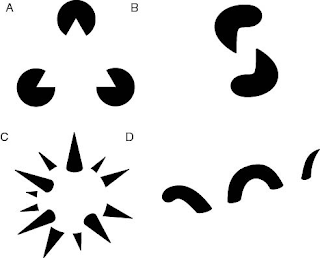 Frames of references seem to be highly similar across modalities such as vision, touch, gesture, and language. Without these structural similarities (or ‘isomorphisms’)

“we could not reach to what we see, or talk about what we feel with our hands, or give route descriptions in language and gesture” (Levinson 2003: 25).

There are, however, also differences: vision is viewer-centred, and touch and grasp are object-centred.

In general, frames of references can be classified by the following distinctions:
Absolute vs. Relative. Psychologically, the received view is that we organize our spatial thinking in relation to objects and ourselves. On this view, frames of reference are construed relative to our own ego-centric bodily coordinates. An absolute frame of reference, on the other hand would consist of fixed angles with coordinates that do not depend on our personal egos as anchoring. And as we have seen (see e.g. my two last posts, here and here), contrary to the received view, both kinds of frames of references are employed in the world’s languages (Levinson 2003: 27f.).
Similar, but not completely identical is the differentiation between egocentric and allocentric frames of reference. This designates a difference

On the one hand, Allocentric frames of reference can be based either on a) “fixed bearings” like,  e.g., cardinal directions or b) fixed landmarks, like hills or mountains, including the relationships between several landmarks (e.g. uphill vs. downhill). But there are also allocentric frames of reference with an intrinsic orientation. A house or a car, for example, have a functionally and conventionally defined front or back, so that in English we can talk about something being in front of the house or car and mean that it’s located at what is conventionally and intrinsically defined as the front-part of the landmark.

These  distinctions can not only be found in the world’s languages, but are also used by neuroscientists when they look at the mental map-building capacities of animals. 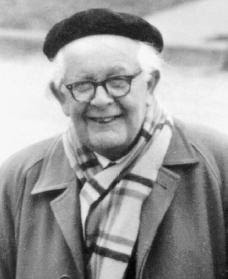 In studies of conceptual development it was argued, following Jean Piaget, that for a long time ‘egocentric’ frames of reference are primary and that children switched to non ego-centric frames of reference only at a much later date. This has been and still is a very heated topic of debate and I will return to it in a later post.

In studies of the visual system we often find a distinction between viewer-centred vs. object-centred. If we identify an object we are also able to mentally rotate it and imagine how it would look from another angle. This means that the retinal impression of the viewer gets interpreted and classified in a more abstract object-centred frame of reference during perception.
Another distinction made when looking at visual imagery and visual perception is that between orientation-bound vs. orientation-free. Orientation-bound information changes with perspective and change of location, whereas orientation-free information does not change. For example, when we rotate a d it can become a b, the information changes. But a ball looks the same from all perspectives and the visual information is orientation-free.

The most important distinction for psychology and language however, is the difference between

Levinson called these the relative, intrinsict and absolute frames of reference. (Levinson 2003: 33).

The distinctions made in various disciplines at times are quite confusing and there are many conflicting positions.  However, a broad differentation such as this seems valid.

An important general distinction is that between three levels on which different frames of references can be constructed: perceptual, conceptual, and linguistic. One of the most interesting questions in this regard is to what extent linguistic differences might influence the percpetual and coneptual levels. This is why I will describe some very interesting experiments on that shed light on this topic in my next post.